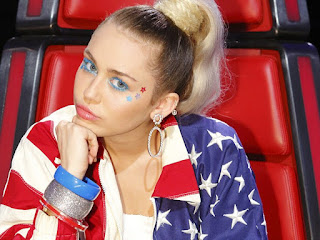 Miley Cyrus Unleashes Expletive-Filled Climate Rant at Concert: ‘We Are the Last F*cking Hope on This Dying F*cking Planet’

Miley Cyrus gave a dire warning to fans on Friday when she closed out a concert with an expletive-laden rant to fans about the importance of taking action against climate change.

iHeart Radio reports that as the singer finished her performance at the 2019 Tinderbox Festival in Odense, Denmark, she launched into a rant criticizing the U.S. for not doing enough to protect LGBT people. After dismissing how she “might offend some people by calling my country sh*tty,” she began calling for her audience to get politically active. 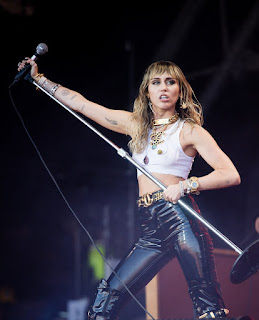 But what if they don't approve of your politics?

“The youth, this generation, we are the last f*cking hope on this dying f*cking planet,” Cyrus proclaimed. “I don’t like there’s more f*cking trash in the water than living f*cking animals that deserve to be there, that have nowhere else to go.”

Cyrus concluded with “and by the f*cking way, we don’t have anywhere to f*cking go, either! There’s no planet B, so don’t f*ck it up!” 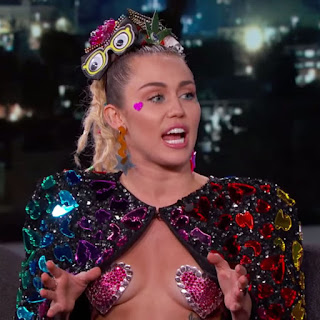 I wasn't able to find any information on her recent tour or her upcoming one, but her Wonder World Tour in 2009 required


124 traveling workers, 19 truckloads of equipment, and 15 buses. The stage was quite different from that of the Best of Both Worlds Tour. It consisted of a rectangular main stage, which featured staircases that elevated the center of the stage, and a narrow runway, which connected the main stage to a B-stage that ran the length of the main stage 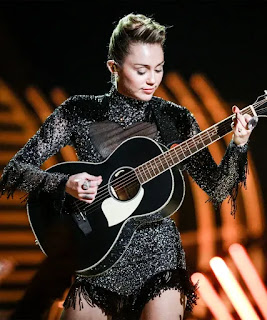 Regarding the stage, Cyrus noted that it was "something not many people get to have. I'm able to move around to each side so there's no one person who feels like they don't have the best seat. Every seat is the best seat." Six LED multi-screen video units were located throughout the stage; the three largest were placed as the upstage wall, while the other three were hung by rigs above the stage. The center unit consisted of three screens that faced outward; two others were hung right and left to the center unit, both were double faced toward the center of the venue at a 45° angle, while the backside faced the upper-seat audience. The structure of the video panels was designed by Sims to ensure that all seats within the 270° angle at each venue received an equal view of the video screens. 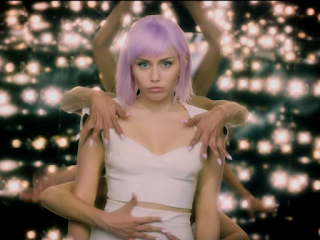 No carbon footprint there!

Now, I don't really mind her employing a slew of wanna be musician, as well as truck drivers, fossil fuel producers, and electrical workers, but I'll be damned if I'm going to let her make me feel guilty about my carbon footprint.

Besides, if global warming gets too bad, Miley already has the ideal outfit (NSFW link).

The Wombat has Rule 5 Sunday: Baba Fumika  up and running at The Other McCain.