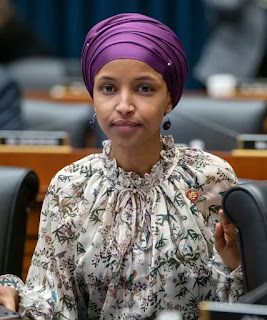 Is the ‘Baseless Rumor’ True? Why Don’t Journalists Do Some Actual Journalism?


The question of whether Rep. Ilhan Omar (D-Minnesota) married her brother is an interesting question and, earlier this year at CPAC, I covered a press conference by bloggers who said the answer is “yes.” The persistent accusations that her marriage to Ahmed Nur Said Elmi was a fraud finally prompted the Minneapolis Star-Tribune to investigate, and they could not rule out the possibility that Elmi is indeed her brother:


New investigative documents released by a state agency have given fresh life to lingering questions about the marital history of Rep. Ilhan Omar and whether she once married a man — possibly her own brother — to skirt immigration laws.
Omar has denied the allegations in the past, dismissing them as “baseless rumors” first raised in an online Somali politics forum and championed by conservative bloggers during her 2016 campaign for the Minnesota House. But she said little then or since about Ahmed Nur Said Elmi, the former husband who swept into her life in 2009 before a 2011 separation.
The questions surfaced again this month in a state probe of campaign finance violations showing that Omar filed federal taxes in 2014 and 2015 with her current husband, Ahmed Hirsi, while she was still legally married to but separated from Elmi.
Although she has legally corrected the discrepancy, she has declined to say anything about how or why it happened.
The new documents also detail the Omar campaign’s efforts to keep the story of her marriage to Elmi out of the press, arguing that detailed coverage would legitimize the accusations and invade her privacy.

Well, if the Star-Tribune could find nothing to debunk the “baseless rumors,” how do we know they’re baseless? And the investigation raises questions about the purpose of this marriage, which appears to have existed only as a matter of paperwork and might have constituted fraud.


President Trump on Wednesday repeated the claim that Rep. Ilhan Omar committed immigration fraud by illegally marrying her brother.
Trump made the statement while responding to a question from a reporter from the One America News Network before leaving for a campaign rally in Greenville, North Carolina.
Reporter Emerald Robinson asked the president “if the administration was looking into possible immigration fraud committed by Ilhan Omar for possibly marrying her brother.”
“Well, there’s a lot of talk about the fact that she was married to her brother. I know nothing about it,” Trump said.
“I hear she was married to her brother. You’re asking me a question about it. I don’t know, but I’m sure there’s somebody who will be looking at that,” he added.
Trump’s statement comes amid his ongoing feud with a group of freshman congresswomen known as “the Squad,” which includes Omar. . . .
The claim that Omar illegally wed her brother so he could gain American citizenship first surfaced on conservative blogs in 2016, when she was running for the Minnesota state legislature.
In a statement that year, Omar called it “baseless rumors” that “are absolutely false and ridiculous.”
Omar then said she had married her current partner, Ahmed Hirsi, in the eyes of her Muslim faith in 2002 — but never legally married him. Their partnership ended in 2008.
Omar then legally married Ahmed Nur Said Elmi in 2009, but that union ended in 2011, according to her statement.
“Insinuations that Ahmed Nur Said Elmi is my brother are absurd and offensive,” she said at the time.

The question is not whether the “insinuations” are “offensive,” but whether they are true, and why couldn’t the staff of the Star-Tribunedetermine this question one way or the other? It would seem simple enough: Who are Ahmed Nur Said Elmi’s parents? But good luck finding a definite answer to that question, because Somalia is notoriously a failed state, destroyed by civil war and Islamic fundamentalism, and a reporter can’t simply book a flight to Mogadishu, stroll into a government office and walk out with a Xerox copy of a birth certificate for Ahmed Elmi — or Ilhan Omar, for that matter. We are told that she was born in 1982, and that her mother died when she was 2, and while I’m not saying I doubt any of the specifics about her early life in Somali as related by Wikipedia, I’d suspect that finding documentary evidence to verify these details would be difficult. What we know is that she arrived in the United States as a refugee in 1992, when Somalia was being torn apart by rival warlords, and that her subsequent career as a politician puts her on the extreme left-wing fringe of American politics. But let us ask a very simple question: Where is Ahmed Nur Said Elmi now?

If reporters want to debunk the “baseless rumors,” wouldn’t Ahmed Elmi be the obvious source to put an end to this controversy?

There's a pretty good article at Power Line detailing the evidence that Ilhan married her brother in order to get him admitted to the US:  David Steinberg: Tying up loose threads in the curious case

The rumor that she perpetrated this fraud on the US immigration system has been percolating for quite a while. Now with actual newspapers taking note, it might be the right time to settle it once and for all. I don't really know what the extent of possible legal consequences are, but I doubt they reach to include sending her back to Mogadishu. Alas.

We have a really powerful tool for determining how people are related, DNA sequencing. All we need are vanishingly small tissue samples from the two people in question. Who knows, maybe it will turn out she's more Indian than Elizabeth Warren!

She wouldn't be the first Congressperson with a shady past, with evidence of tax fraud and antisemitism. Moreover, plenty of Congressmen have been caught in the act, so to speak, and suffered consequences, ranging from not being re-elected, censure, and even jail. She may be one of the most anti-American congresspeople elected so far, but in the modern Democratic party, that doesn't make her that much of an outlier.
Posted by Fritz at 4:50 PM