She'd Play a Table or a Rifle Pretty Well, Too 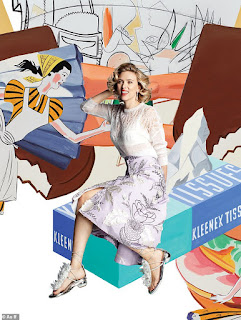 She has great legs and a nice butt.  'I should be allowed to play any person, or any tree, or any animal': Scarlett Johansson opens up about politically correct casting

Scarlett Johansson spoke candidly about her storied acting career and the growing 'trend' of politically correct casting in a revealing new cover story for As If magazine.

The 34-year-old award winning actress stunned in a retro inspired shoot for the outlet for its spring/summer 2019 issue, on newsstands now. 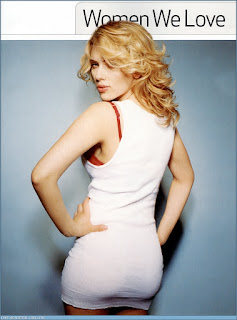 I know how to pretend that I’m cold. I can pretend that I can’t feel my feet or toes,' the actress continued. 'If I wanted to decide to be wet and cold in order to feel wet and cold I’ll make that choice myself, you know? But, sometimes directors imagine that they can do something like that.

The Tony winner noted that the landscape in her industry has changed quite a bit since she began as a child actor.

Recently Scarlett not-so-gracefully bowed out of an upcoming project as a trans character following significant backlash that the role wasn't given to a trans actor. 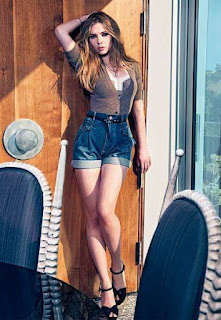 At first the star dug in her heels and refused to give up the role but in time, the pressure got so intense that she relinquished the role.

She addressed was she called the 'political correctness' in casting without directly mentioning her controversial casting in Rub & Tug.

'You know, as an actor I should be allowed to play any person, or any tree, or any animal because that is my job and the requirements of my job,' she said point blank. 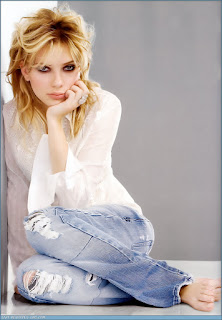 She continued: 'I feel like it’s a trend in my business and it needs to happen for various social reasons, yet there are times it does get uncomfortable when it affects the art because I feel art should be free of restrictions.'

'I think society would be more connected if we just allowed others to have their own feelings and not expect everyone to feel the way we do.' 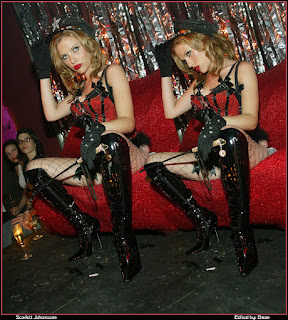 The star, who has been in the industry for much of her life, went on to explain that as someone in front of the camera, she rarely ends up with the movie she thought she was making.

All I can say, is if I have to watch a trans character in a movie, I want it to be played by ScarJo.

The Wombat has Rule 5 Sunday: Kathy Zhu up and running on time and within budget.
Posted by Fritz at 6:00 AM