Almost a Good Enough Reason to Go to Baltimore 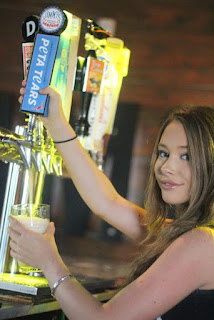 Perfect: Restaurant Hits Back At PETA With “PETA Tears Beer”


Today we catch up on the story of a rivalry that’s been going on for roughly a year now and shows no signs of slowing down. Last summer, PETA decided to lecture the people of Baltimore about eating crabs by taking out a huge billboard. A local crab shack named Jimmy’s Famous Seafood decided to fire back with a billboard of their own. The spat quickly moved to social media and blew up from there.

Now, a year later, Jimmy’s is back with a different offering. They’re rolling out a limited-edition lager named PETA Tears. And by all accounts, it pairs well with steamed crabs and is delicious. (CBS Baltimore) 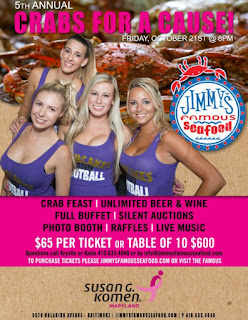 A year later, Jimmy’s Famous Seafood is celebrating the moment with a refreshing new locally brewed lager called – PETA Tears!
The lager is a limited time release and is, “paired perfectly with steamed crabs.”
“Turns out that their tears are in fact quite delicious!” Jimmy’s Famous Seafood said in a Facebook post.
A launch party will be held Wednesday, July 24. Part of the proceeds will go to Show Your Soft Side.

Is this just mean spirited? Probably, but it’s also hilarious. PETA has never seemed to get the hang of developing a sense of humor about themselves, but I suppose it’s hard to laugh when you’re so busy being pretentious and looking down your nose at everyone.

I wonder if any will be available locally!

The Wombat has Rule 5 Sunday: Victoria Baldessara on time and within budget at The Other McCain.
Posted by Fritz at 2:29 PM