Still Too Much Russiagate

And, of course, Muellermas continues to be the main topic of discussion. Mark Levin: ‘There is no Mueller report. It’s a Weissmann report’ at CR. Not exactly an original thought, but he says it so well:

The Weissmann Dossier, Illustrated at Doug Ross. From NR, Andrew McCarthy gives a legal analysis of  The Mueller Report’s Fundamental Dodge, the charade they played with not finding the President not guilty of obstruction.


Robert Mueller’s congressional testimony was such a bumbling fiasco that it was easy for a viewer to be confused — and stay that way — about the main bone of Democratic contention regarding his report: the “OLC guidance” that prevents the Justice Department from charging a president with crimes while he is in office. Specifically, how did it factor into the special counsel’s decision — or, rather, non-decision — on the main question he was appointed to answer: Did President Trump obstruct justice? How did the special counsel’s dubious reliance on it as a rationale for abdicating on this question affect the publication and ramifications of the Mueller report?

We’ve plowed this ground before, but it is worth revisiting. We will do that in this weekend’s two-part series. This is Part 1. . .

John Kass, ChiTrib,  Democrats suffer anxiety attacks over Robert Mueller testimony, and blame him rather than themselves "It’s all clearly unfair to Mueller. It was as if you were watching an aging uncle sitting helplessly in a dentist’s chair for a root canal, his one foot kicking."

Derek Hunter at Town Hall has a similar theme, Democrats Have Lost What Was Left Of Their Minds


Democrats are running out of silver bullets to take out President Trump. First, they thought he’d implode. He didn’t. They said he’d destroy the economy, it’s thriving. They swore he colluded with Russia. He didn’t. The promised the Mueller report would change minds. It didn’t. They switched their focus to obstruction of justice. No one cared.

At WaEx, Don Jr.: 'The inmates were running the asylum' during Mueller investigation.

Sundance at CTH, Aftermath of Mueller…. and  Behind The Schemes – Doug Collins and Devin Nunes Discuss Mueller’s Testimony…

The Grouchy Old Cripple waxes eloquently on The Day After Muellermas "I heard part of it on the radio and it was like the dude didn’t even read his own report. Even with the Dimocrat members of the committees asking leading questions he was still clueless."

Althouse piles on, "When congressional staffers, prompted by repeated media inquiries, asked Mueller’s team about his cognitive acuity, they were told — three separate times — that he was okay...." From Bruce Hayden in the comments"

Agreed that Barr stomped the nonsense. But note that he started it with his June, 2018 memo to DAG Rosenstein eviscerating the Weissman/Wittes Obstruction theory. But I think that a good part of the reason that the Mueller prosecutors intentionally misinterpreted that OLC opinion was that it might be argued to allow them to include their ten or so supposed instances of possible Obstruction in Part 2 of 5heir Report. The Weissman/Wittes Obstruction interpretation that is n display in their Report has never been tried in court, and was rejected by AG Barr, DAG Rosenstein, and maybe most importantly, OLC. It takes one clause in one Obstruction statute out of context, ignores centuries old statutory construction rules, and attempts to turn the required Mens Rea from specific intent into general intent. Not going to work, and everyone knew it with Barr now AG.

At WaPoo (30 day pass near expiration), Mueller’s team is said to have told Congress his acuity was not an issue. Some lawmakers privately worry it was and Kathleen Parker wants A medal of honor for Mueller.

At AmGreat, Victor Davis Hanson writes Progressives Face a Bleak Post-Mueller Landscape; "Perhaps they feel in the political sense that there is nothing to move on to. And they are probably right."

Dov Fischer at AmSpec, On the Tragedy of Robert Mueller as John Gill. I had to read it just to figure out who John Gill was.


The Robert Mueller Circus on Wednesday thus was a human tragedy of many dimensions. I never knew the man he is said to have been, and I do not know him now. Sadly, apparently neither does he. His quiet retirement from public life and fading into the woodwork of social wall-paneling would have been a well-deserved phase, earned after decades of public service — except for one thing that justifies not letting him go gentle into that good night.

That one thing is that he allowed his name to be used for two years to do terrible damage. To our country. To our society. To the President of the United States. And also to certain individual human beings whose lives have been destroyed in his name, though apparently not by him.

From WaEx, Trump: 'Mueller made Biden look like a dynamo'. Nice bank shot!

In the impeachment follies, Byron York at WaEx warns that the Impeachment charade deepens divide between Democratic leaders and voters as the Atlantic explains Why We’re Moving Forward With Impeachment "Our Constitution requires it. Our democracy depends on it." Drama queens. At WaFreeBee, CNN Analyst Phil Mudd: Democrats Need to ‘Shut Up’ About Impeachment. I'm pretty sure he doesn't have Trump's interests at heart. From Althouse , "... a legal maneuver that carries significant political overtones..." with respect to Fat Jerry's demand for secret grand jury testimony.


Ah, the subtle humor of the NYT.

I'm reading "Raising Prospect of Impeaching Trump, House Seeks Mueller’s Grand Jury Secrets/In a court filing, House Democrats said they need access to secret grand jury evidence because they are weighing whether to recommend impeaching President Trump"
. . .
They're asking the judge to take over where they could act and have chosen not to. Courts should stay out of politics when they can, and this is an example of political actors using a court to do what they lack the political will to do for themselves.

Of course, everyone can see that they won't take a vote because they know they will lose.

MSNBC whines, ‘We in the Media’ Failed to Explain Russia Probe in ‘Bite-Sized Way’ for Public.


"We in the media didn't do a good-enough job of summarizing in kind of a bite-sized way. It took us too long," he said. "The Democrats could have done the same thing, like why not get everything on a three-by-five card that we just say over and over and over?"

"The sorry thing is we put everything on the shoulders of Robert Mueller, and he obviously is not a partisan, and he didn't want to be part of that," he added.

What might be real news from Bonchie at Red State, DOJ Seeks Secret Tape Between Papadopoulos And Informant, Called A “Game Changer”


So who is on the recordings? The best guess is that it’s Steven Halper and Azra Turk. Turk is known for having asked Papadopoulus if Trump was working for the Russians. At this point, it’s essentially been confirmed that she was an FBI informant, with even The New York Times reporting on it. This of course all leads back to Joseph Mifsud, the mysterious man who first told Papadopoulus the Russians had dirt on Hillary Clinton. That was the beginning of the investigation dubbed Crossfire Hurricane. The lack of prosecution against Mifsud, despite the fact that he lied to the FBI and Mueller’s team at least three times, points to the fact that he was also working for U.S. intelligence, otherwise there would be no reason to continue protecting him.

When you put all this together, you get Papadopoulus as nothing more than a poor sucker who was baited by the U.S. government and used as a pretext to start an investigation against the Trump campaign.

If this recording turns out to show that Papadopoulus actually rebuffed Halper or even that his interest was mostly innocent, it’s going to be another black eye against the FBI’s conduct. I say FBI because if the CIA is involved, then things really get bad for the government from a legal standpoint. Hopefully, AG Barr and the Durham investigation are getting to the bottom of this. The fact that they are going after these recordings does give me hope that they are pulling on every thread.

Time is of the essence though. This can’t drag out into the 2020 election. Things need to start going public sooner rather than later.


In our opinion the content of the diary by former FBI Director James Comey, as outlined in what has formally been called “The Comey Memos”, is devastating to the U.S. Department of Justice and FBI. How do we know? Because the FBI is fighting like hell to keep even descriptions of the memo(s) content from becoming public.
. . .
The Comey Memos cut to the heart of the issues Special Counsel Robert Mueller said were outside his purview. The Comey Memos describe the FBI operation and intent during the 2016 election. The Archey Declarations describe the Comey Memos. 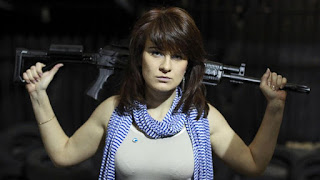 Sara Carter has some new information on the Maria Buttina affair, literally: Russia Probe Twist: A Billion Dollar CEO, A Convicted Russian Agent And The FBI


On Thursday, Driscoll sent a letter to United States Attorney for the District of Connecticut John Durham, who was appointed by Attorney General William Barr to investigate the FBI’s handling of the Russia investigation; Inspector General Michael Horowitz, who is conducting an investigation into the bureau’s origins of the Trump probe and Corey Amundson, with the U.S. Department of Justice’s Office of Professional Responsibility. 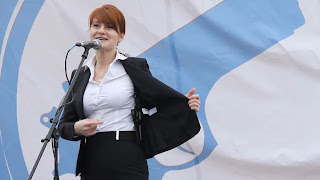 “In writing, the government denied the existence of any such Brady material,” Driscoll stated in his letter. “Orally, during debrief sessions with Maria, I directly told the government that I believed Patrick Byrne, Chief Executive of Overstock.com, who had a sporadic relationship with Maria over a period of years prior to her arrest, was a government informant. My speculation was flatly denied. My associate Alfred Carry made similar assertions in a separate debrief that he covered and was also rebuffed.” 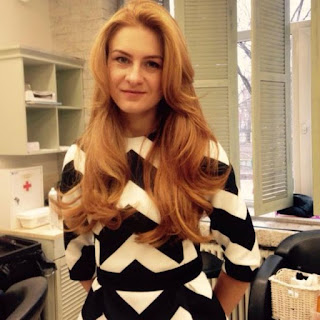 “Mr. Byrne has now contacted me and has confirmed that he, indeed, had a ‘non-standard arrangement’ with the FBI for many years, and that beginning in 2015 through Maria’s arrest, he communicated and assisted government agents with their investigation of Maria. During this time, he stated he acted at the direction of the government and federal agents by, at their instruction, kindling a manipulative romantic relationship with her. He also told me that some of the details he provided the government regarding Maria in response was exculpatory—that is, he reported to the government that Maria’s behavior and interaction with him was inconsistent with her being a foreign agent and more likely an idealist and age-appropriate peace activist.” 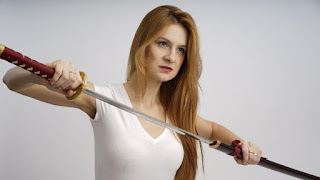 “As an adjunct university professor and CEO of a public company, Mr. Byrne is a credible source of information, who from my view has little to gain but much to lose by disclosing a sporadic relationship with Maria. His claims are worthy of investigation. Indeed, he has much to say about the government’s handling of Maria’s case that go far beyond the Brady issue I raise in this letter. Regardless of these other issues, which I suggest you pursue directly with him, I was told the following by Mr. Byrne,” Driscoll’s letter states.

I think Butina got a raw deal in the FBI effort to smear the NRA with Russian collusion. She almost certainly was acting as an unofficial lobbyist for Russia and technically in violation of FARA, which in my view, is a violation of the 1st Amendment.

From meaning in history, WSJ Publishes Russian Meddling Conspiracy Theory. Put on your tinfoil cap and read it.

The Wombat has Rule 5 Sunday: Claudia Cardinale and FMJRA 2.0: This Is My Rifle raring to go at The Other McCain.
Posted by Fritz at 9:32 AM