But not that hot. From CTM at Watts Up With That: Heat Wave Hysteria? The Truth Shall Set You Free


Most people are just too lazy to do a little bit of research. It’s a simple cold, hard fact. And for this, they believe everything they hear from journalists and politicians, both of which aren’t trained as scientists. This is quite dumbfounding considering we have the internet right at our fingertips.

The 1930s remains the warmest decade in U.S. history. It also had some of the hottest summers that the country has ever seen since records began.


The map below (Figure 7) shows the decade in which each U.S. state (also includes Guam, Puerto Rico, the U.S. Virgin Islands, and Washington, D.C.) initially set their current hottest temperature in the record books, and as you can see, there’s an overwhelming number that are colored dark red (almost brown), which indicate the 1930s.⁴ 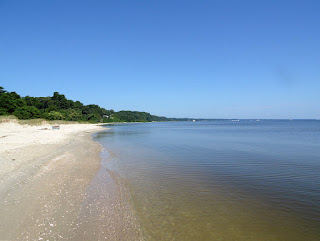 Since Georgia had errands, Skye and I left home early to beat the heat. It was in the mid 80s when we left the house around 9:30 AM.


If we had heat like that of the 1930s (click this link to see U.S. heat extremes), people would be screaming “climate doomsday” at ten times the levels they are currently!

With most climate activists － especially those who are not trained or degreed scientists － it’s “do as I say, not as I do.” 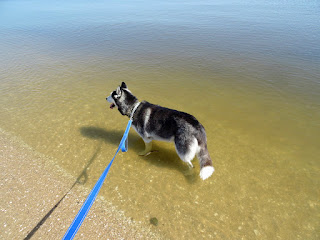 It was pretty toasty in the sun at the beach, and Skye spent a lot of her effort trying to drag me out into the water.

They get triggered if a skeptic uses a record low temperature or record snowfall as proof that global warming is a hoax, and claim “weather and climate are not the same,” or that “climate is global, weather is not,” then turn around and use a single localized heat wave as evidence of a “climate catastrophe.” 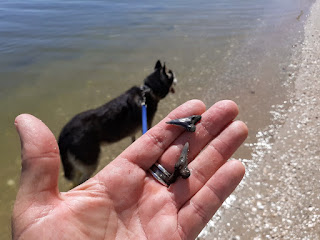 But despite that, and the high tide, I found 22 teeth (and a Tillie bone), including these two fine lower Snaggletooth's


Using single weather events as evidence that global warming is either a hoax or is a crisis is completely dishonest and two-faced. I have seen too many certain people do it for both reasons, and its usually to try to pass legislation.
In other words, this entire movement has become a political thing and not one about science. It’s clear as day, and if you can’t see that, then you’re on your own.