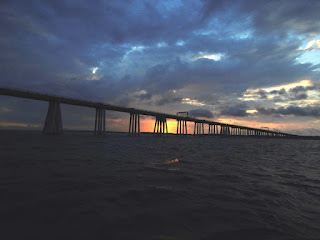 I met with Pete at 5 AM on the South River for a walk on trip. Out of the South, we headed up to the Thomas Point Lighthouse, where there were no fish, and it was going to be extremely rough. From there we headed across the Bay and north, up to the eastern side of the Chesapeake Bay Bridge, which we reached just before sunrise. 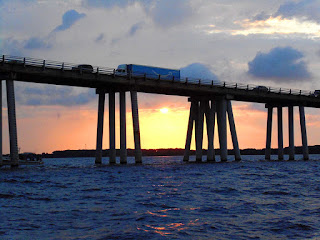 We tried a series of piling along the span, using lures of various kinds, with only minor success. 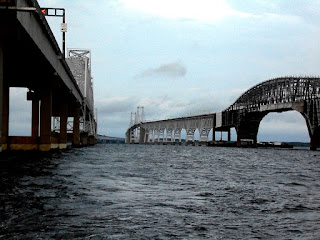 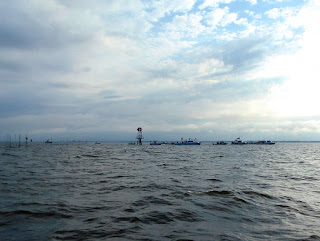 We then headed further north, until we reached the old lighthouse at Love Point. The whole fleet of 17 charter boats was anchored there fishing, and we didn't try to push our way into the crowd.

This illustrates both how poor the Striped Bass population is, and how it got that way.

As the population has declined, the Stripers, which fish is schools, have stayed together, but become more concentrated in certain areas, in this case the upper bay. 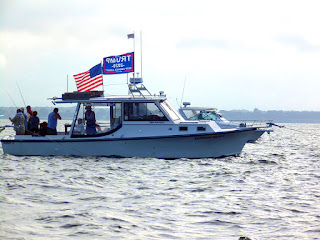 Fishermen, using modern fish finders, and can continue to find these concentrations, and continue to catch their limits, both commercial and recreational. Thus, the old feedback mechanism that fisheries yield per unit effort declines with population does not work well with Stripped Bass.

So we contributed to the problem by going back to the Bay Bridge and getting our limit live-lining Spot. I haven't done that in years! It was kind of  fun.
Posted by Fritz at 6:47 PM