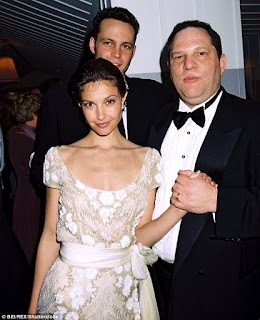 Ashley Judd is one of the actresses at the forefront of the recent reprisal of #MeToo and the Time’s Up movement. Judd’s activism predates The New York Times’ Harvey Weinstein exposé that upended the entertainment industry, but she’s perhaps best known for her 2017 Women’s March speech and her work on the board of Time’s Up.

In 2011, Judd joined the leadership council of the International Center for Research on Women. At the time, the ICRW applauded Judd’s “passion for empowering the world’s most vulnerable populations—especially women and girls—and focusing on grassroots solutions to transform their lives.” The actress is also a chairperson of the Women’s Media Center Speech Project: Curbing Abuse, Expanding Freedom. Her Twitter profile proudly notes that she is a Global Goodwill Ambassador for the United Nations Population Fund. 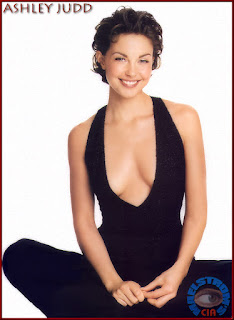 On Friday, the “feminist social justice humanitarian” promoted an event on Instagram, writing, “Join me LIVE in about 30 minutes from Paris, France for this powerful discussion on intersection of the #MeToo movement and prostitution.”

Judd’s social media was quickly inundated with criticism, causing Judd to double down on her anti-sex work platform. Kate D’Adamo, a sex-worker rights advocate and partner with Reframe Health and Justice, called her out, tweeting, “Congrats, ‪@AshleyJudd, on your hard work trying to make ‪#MeToo a space where those most likely to face and harm are unwelcome and unsafe. ‪#sexworkerlivesmatte‪r.” Judd eventually responded to D’Adamo’s thread, writing, “Hi, Thanks for your perspective. I disagree. I believe body invasion is indeed inherently harmful, and cash is the proof of coercion. Buying sexual access commodifies something that is beyond the realm of capitalism and entrepreneurship: girls and women’s orfices [sic].” 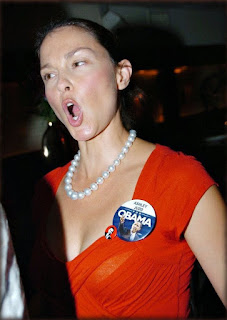 Found at Althouse's  "Judd’s opinions on sex work should be given as much time and space as the Pope’s opinions on period cramps." Where, the best comment (IMHO) was:

Her transphobia is stunning! What about the women's penises? Can they be sold? SMDH.

There is very little difference between Ashley, and her detractors. She was willing to sell her body for fame and fortune.