Russiagate is a Dirty Job 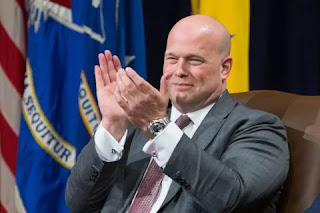 But somebody has to do it. Peacock News: Trump says Whitaker is right about Russia probe and won't sit with Mueller for interview

During an interview with Chris Wallace on "Fox News Sunday," Trump also seemed to shut down the idea of soon sitting with Mueller for an interview, among multiple other subjects.

"What do you do when a person’s right?" Trump said. "There is no collusion. He happened to be right. I mean, he said it. So if he said there is collusion, I’m supposed to be taking somebody that says there is? Because then I wouldn’t take him for two reasons, but the number one reason is the fact that he would have been wrong. If he said that there’s no collusion, he’s right."

and WaT: Trump gives Whitaker free rein over Mueller probe: 'It's going to be up to him'

“It’s going to be up to him,” Mr. Trump said in an interview aired on Fox News Sunday.” “I wouldn’t get involved.”


This op-ed in the Washington Post is titled (in the paper edition) “Whitaker is just one more crony.” The author, law professor Jed Shugerman, argues that it’s far from unprecedented for presidents to appoint cronies to head the Justice Department.
. . .
Shugerman writes of “a long line of line of insiders, hacks, cronies, and fixers
[who have] occupied the office for much of the past century.” Whitaker is not an insider. His ties to Washington are nothing compared to those of, say, Eric Holder.

Indeed, as far as I can tell, Whitaker’s year in Washington working for Sessions is the only “inside” position he has ever held. The rest of his career has been spent in the Midwest, largely disconnected from Washington politics.

There’s no evidence that Whitaker is a fixer, either. What has he fixed? Shugerman cites nothing.

“Hack” is a term of insult with no fixed meaning. I take it to mean “mediocrity.”

Is Whitaker a mediocre lawyer? I don’t know. Mediocrities don’t typically become U.S. Attorneys, as Whitaker did, though certainly there are exceptions.

But again, Shugerman provides no evidence that Whitaker is other than a fine lawyer and a capable administrator. He simply assumes the Post’s editors and readers will nod in agreement with his string of insults because they hate Trump.

Shugerman may not know Whitaker, but he knows his audience.

Ever quick with a quip Instapundit retorts  "Sorry, but after Eric Holder and Loretta Lynch, Democrats don’t get to complain about cronies or fixers in the AG’s office." 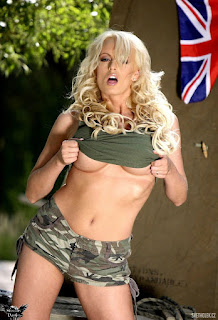 But Daniels—real name Stephanie Clifford—vowed to keep working in the adult film world. Although she was on "an unofficial break" from writing and directing, she said she certainly hadn't retired. "I'll probably never leave the adult film industry," she added. 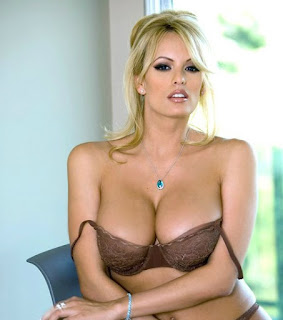 Daniels sued U.S. President Donald Trump and lawyer Michael Cohen earlier this year over a non-disclosure agreement concerning an alleged affair between the actress and the mogul. She maintains the two had sex in 2006, about a year into Trump's marriage to current first lady Melania Trump.

“I had no idea what I was getting myself into,” she told the audience, referring to the ongoing scandal. “Nor would I realize what a huge impact the circus would have, not only on my life, but the rest of the world.”

Daniels went on to praise the benefits of sex education and pornography, conceding the adult film industry was hardly free from scandal.

But politics, she said, is "a much dirtier job than [mine]." 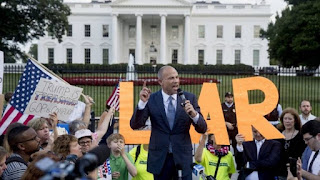 No doubt. I was going to make the usual quip about striking the king, but again, Insty has the superior jab:


IT WAS MORE A CASE OF SUICIDE: Stormy Daniels: Politics and Donald Trump Have ‘Completely Destroyed’ My Career. But you know, when you get in bed with Michael Avenatti, there’s not going to be a happy ending.

Wombat-socho has Rule 5 Sunday: Roll Tide! and FMJRA 2.0: Les Chants Magnetiques ready for your enjoyment.
Posted by Fritz at 8:26 AM