Ring Around the Russiagate

And pop goes the weasel. The AP presumes to know Inside Trump’s refusal to testify in the Mueller probe


As his lawyers plotted to dig in against any interview, he pushed for one, believing it would exonerate him. In January, he burst into a reporters’ briefing with chief of staff John Kelly and insisted he was eager to speak to Mueller. He might do so in weeks, he said, “subject to my lawyers and all of that.”

“I would love to do that — I’d like to do it as soon as possible,” Trump said.

What he didn’t mention was that his attorneys had already discussed, and scuttled, the planned interview with Mueller. That process had even progressed to discussing logistics with Kelly, who advised of ways White House officials could get people in and out of the building without the press knowing.

But the interest cooled after Mueller team prosecutor James Quarles dictated over the phone 16 topics Mueller wanted to cover, including Trump’s interactions with Comey, his knowledge of national security adviser Michael Flynn’s interview with the FBI and his involvement in the Trump Tower statement. Dowd responded that the answers could all be found in documents and witness statements provided to Mueller. He then canceled the interview and days later drafted a feisty letter contesting the interview’s appropriateness and offering extensive explanations on the incidents in question.

The Mueller investigation is just an excuse to re-litigate, undermine and punish the winners of the last election to the extent possible, carried out by the internal "resistance" of the Federal bureaucracy, i.e., the "Deep State."

AP: Associate of Roger Stone in plea talks with Mueller


A conservative writer and associate of Trump confidant Roger Stone said Friday that he is in plea talks with special counsel Robert Mueller’s team.

Jerome Corsi told The Associated Press he has been negotiating a potential plea but declined to comment further. He said on a YouTube show earlier this month that he expected to be charged with lying to federal investigators, though he said at the time that he was innocent of wrongdoing.

Mueller’s team questioned Corsi as part of an investigation into Stone’s connections with WikiLeaks. American intelligence agencies have assessed that Russia was the source of hacked material released by WikiLeaks during the 2016 election that damaged Hillary Clinton’s campaign. Mueller’s office is trying to determine whether Stone and other associates of President Donald Trump had advance knowledge of WikiLeaks’ plans.

I'll take this seriously as soon as Hillary is indicted for buying dirt on Trump (largely fictional dirt, I might add) from the Kremlin. Remember when Assange, along with his source inside the Federal government, Bradley Manning were liberal's hero's for bravely publishing thousands of US secrets? Good Times! But Stacy McCain has some late advice for Stone, Corsi, et al; Pro Tip: Avoid Bragging:


Obviously, hacking someone’s emails is a crime and, although we have no reason to believe that Stone and Corsi had prior knowledge of this crime (which a federal indictment says was committed by Russian intelligence operatives), they obviously were aware that WikiLeaks had obtained possession of these emails and intended to release them.

Was it necessary or in any way helpful for Randy Credico to post to Facebook a photo of himself outside the Ecuadoran embassy in London (where WikiLeaks founder Julian Assange has taken asylum) in September 2016 declaring, “I have a feeling that in the next couple days some very damaging material will be coming out from the gentleman inside that embassy”? No, this was neither necessary nor helpful, and neither was it helpful a few days later for Stone to tweet, ““I have total confidence that @wikileaks and my hero Julian Assange will educate the American people soon. #LockHerUp.” Four days later, WikiLeaks released the first batch of Podesta emails and what was the benefit of the previous public boasting about it? Perhaps the comments on social media had value, in some sense, as publicity for the impending releases, and we are assured that no one on the Trump team knew that Russian intelligence was behind the hacking, but still: Why brag about it?

Talk about drawing a target on your own back!

Ever since Assange and WikiLeaks emerged in 2010 — publishing U.S. secrets stolen by the traitor Bradley (“Chelsea”) Manning — I have been anti-Assange, and the fact that WikiLeaks was “on our side” in 2016 does not change that. Obviously, it’s not Assange’s fault (and not Roger Stone’s fault or Trump’s fault) that the DNC and Podesta were hacked, but neither was it smart for Stone, et al., to align themselves so publicly with this operation, e.g., “my hero Julian Assange.”

Granted, Stone and his colleagues were sailing in uncharted waters. So far as we know, no presidential campaign had ever previously been the target of data breaches like what happened to the Democrats in 2016, and never had WikiLeaks been involved in such a political operation. Because there was no established playbook for how to deal with such an event, this meant that Stone and his colleagues were improvising — making up the rules as they went along, with no apparent concern for the potential consequences. Almost certainly, they did not imagine that a special prosecutor would be appointed to investigate the 2016 campaign and, proverbially, “You can indict a ham sandwich.”

On the upside, if this is the biggest thing Mueller’s got — if this WikiLeaks thing is the only “Russian collusion” he can find — then it’s really nothing. There is no reason to believe these hacked emails affected the outcome of the election, which is another reason why it was so stupid of Stone to have boasted about it. What was the big secret revealed by Podesta’s emails? How did that change the outcome in 2016? Were any voters swayed by the content of Podesta’s emails?

Jerome Corsi is now reportedly trying to negotiate a plea deal with Mueller, which doesn’t bode well for Roger Stone. Would any of this be happening if Stone had just kept his mouth shut about WikiLeaks?

Sundance at CTH: Hubris – James Comey Announces He Will Defy Subpoena… Fine. The House has the power to compel testimony under threat of imprisonment. The date is set. If he doesn't show, send the marshals after him. If he resists, tase him. Put him in jail until the the next Congress. It won't be that long, but Christmas in the pokey will give him a good taste of his own medicine. If the Senate had any balls, they'd do likewise. 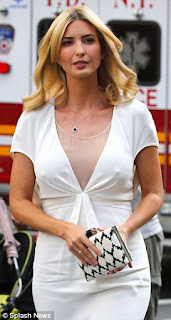 Jill Filipovic at CNN wants us to Hold 'Crooked Ivanka' accountable. This desire is motivate by pure hatred and the desire for punishment for the grief that Hillary got from her email scandal. Nick Nolte at Breitbart: 11 Reasons Comparing Ivanka’s Emails to Hillary’s Is Stupid. They're not stupid. They're vindictive. Believing them is stupid.


What we have here is a situation reasonable people could all agree on — that Ivanka should not have been using a personal email account to conduct White House business. But the media cannot leave it at that. Instead, they have to seek revenge against President Trump by comparing Ivanka to Hillary, which is — based on what we know so far –breathtakingly stupid and anti-science for these 11 reasons… 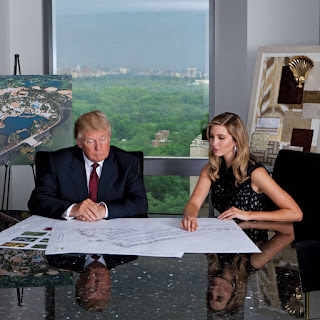 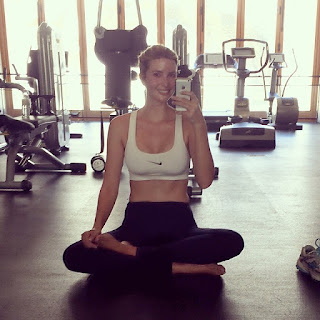 I wonder if the out going Obama administration delayed setting up Trump advisers government emails to set this up? Were they that vindictive? Probably. She's good looking, and smart. No wonder the liberals hate her.

Wombat-socho has Rule 5 Sunday: Happy Hanukkah! up on time and within budget.
Posted by Fritz at 9:39 AM