Some meat (turkey, of course) and potatoes Russiagate from Stacy McCain: Was the ‘Deep State’ Conspiracy Against President Trump a Trans-Atlantic Affair? Short answer, "Yes."

. . .The “Deep State” refers to the fact — and it is a now an established fact, not a paranoid theory — that efforts to prevent Trump’s election were supported by personnel of national-security agencies, including the CIA and the FBI. Anyone who has paid attention to the texts between FBI agents Peter Strzok and Lisa Pages can see this. And U.S. allies have also been implicated in the effort to prevent Trump’s election:


MI6 [the British intelligence agency] is locked in a secret battle with US President Donald Trump to persuade him not to disclose documents linked to the Russian election-meddling probe — it has been revealed.
Intelligence sources on both sides of the Atlantic told the Telegraph that spy bosses in London were frantically appealing to Trump not to make the classified documents public.
The President’s aides have reportedly hit back with questions over why Britain wants the documents to be kept secret.
But authorities in the UK say they have ‘genuine concern’ about sources being exposed if classified parts of the wiretap request were made public.
Other sources also said MI6 was concerned the publication of the documents would set a ‘dangerous precedent’ for the release of top secret information, and may dissuade future sources from coming forward.
A US based intelligence source said: ‘I think that stuff is going to implicate MI5 and MI6 in a bunch of activities they don’t want to be implicated in, along with FBI, counter-terrorism and the CIA.’
The documents in question concern an FBI request to wiretap former Trump policy adviser Carter Page, submitted a month before the Presidential election in 2016.
Documents show the FBI suspected Page of being lured in by Russian intelligence, and the bureau was given leave to place him under intense surveillance for several months. . . .Memos describing alleged ties between Trump and Russia compiled by former MI6 officer Christopher Steele are contained in the papers, which may form part of the reason for Britain’s concern. Steele is most notable for authoring a dossier which claims Russia collected a file of compromising information on Trump.

Whatever policy quarrels Americans might have amongst ourselves, we ought to be able to agree that policy should be determined by elected officials, and not by the “hired help.” Employees of the FBI and the CIA are not independent policy-makers, but must answer to the President and to Congress. If federal employees are permitted to use their offices to interfere in the electoral process — effectively, to choose their own bosses — then the government ceases to be the servant of the people, and becomes the master. The manufactured outrage over “Russian collusion,” claiming that Trump is a Putin puppet, is a distraction from the issue of how the bureaucratic apparatus of the federal government has become a subversive influence in our politics and an obstacle to real reform.
What the alarm in British intelligence agencies shows is that “Deep State” operatives like Peter Strzok had the assistance of “Deep State” operatives in the U.K. in attempting to prevent Trump’s election. The claims by MI6 that declassification of these wiretaps might reveal sensitive counter-terrorism secrets are almost certainly a bogus argument, as what they actually seek to conceal is the extent to which Her Majesty’s government was part of a corrupt project intended to help elect Hillary Clinton.

A fresh reminder from Da Caller, British Spy Agency Reportedly Opposes Russia Document Declassification, because they're into it up to their necks. So far, Trump has acceded to their wish to remain covered up.  Sundance at CTH: Team Mueller Responds to Assertive Papadopoulos With Brush Back Legal Pitch…


Former short-term Trump campaign advisor George Papadopoulos has been increasingly vocal about his belief he was a target of an elaborate sting operation by the DOJ and FBI in 2016 and 2017.

After pleading guilty to lying to federal investigators (FBI) about the date of his contacts with a sketchy Maltese Professor named Joseph Misfud, Mr. Papadopoulos came to the conclusion Misfud was actually an FBI asset working with an agenda to to entrap himwithin the “spygate” conspiracy. Working with new lawyers an assertive Papadopoulos requested a delay in his 14-day jail sentence.

Today, in response to the legal filing for delay, Special Counsel Robert Mueller’s team fired a legal warning shot: “The defendant received what he bargained for, and holding him to it is not a hardship,” the prosecutors wrote in the filing.

As I said yesterday, Papadop should do his 2 weeks gracefully, then sue the shit out Mueller, Halper, Downer and Mifsud if any evidence turns out that he was framed. Julie Kelly, at American Greatness asserts Republicans and Trump Failed in FISAgate Probe. I can't disagree.


So, who is to blame for the fact so many Americans still believe Putin stooges phished John Podesta to help Trump and then hypnotized voters with memes on Facebook as they rigged voting machines in Kenosha? There are plenty of culprits, including a vicious and vindictive American press corps, deep-pocketed Democratic activists, and dishonest, camera-hungry Democratic lawmakers such as incoming House Intelligence Committee Chairman Adam Schiff.

But what’s truly infuriating is that Republicans—including the president himself—also share the blame. As the GOP prepares to relinquish the gavels of powerful committees, it’s clear they have failed to effectively debunk the phony Trump-Russia plotline, let alone hold responsible those who unleashed the unprecedented use of federal power to spy on a rival presidential campaign and sabotage an incoming administration. . .

But, a Miami judge in Trump dossier case wants documents made public


A South Florida judge overseeing a Cyprus-based entrepreneur’s lawsuit against online news site BuzzFeed for the so-called Trump dossier has set an early December date for both sides to justify why scores of documents should remain secret and withheld from the public.

“The notices filed by the parties to date are woefully inadequate, citing only the existence of a blanket protective order, and do not establish good cause,” U.S. District Judge Ursula Ungaro wrote in a four-page order on Monday.


The judge set Dec. 5 as the date by which the parties should jointly file — under seal — a list of every sealed document, testimony or other information filed in the case. They must say whether they oppose unsealing it, and, in a rebuke to their prolific wordiness, ordered the lawyers, per document, to say why in four sentences or less. The judge underlined the word “short.”

“In an effort to properly execute its duty, the Court intends to promptly audit the sealed filings,” Judge Ungaro wrote.

I hope Judge Ungaro is watching his own back. 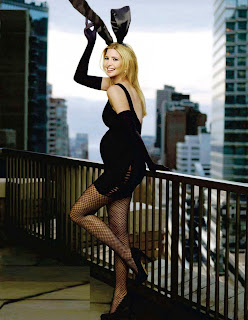 Democrats are all hot to Investigate Ivanka Trump’s Emails. Fine, let them. Call Hillary as a witness. After all it was Hillary who insisted that doing her emails from a homebrew server in her Chappaqua bathroom was perfectly legal, and destroyed 30,000 of them or so while under subpoena. And we still need to get to the bottom of that mess first. From Da Hill: Giuliani on Clinton — ‘Of course she should be investigated’


“Of course she should be investigated,” Giuliani said, asserting that “there is plenty of evidence that Hillary obstructed justice by destroying evidence in a gross and massive way.”

Giuliani was referring to approximately 30,000 emails on Clinton’s private server that were deleted before investigators could examine them during the probe of her actions while secretary of State during the Obama administration.

Clinton’s team has said that the deleted emails were personal in nature and therefore irrelevant to an investigation into alleged improper handling of classified information.

Giuliani’s comments came in the course of a 13-minute phone interview with The Hill that had initially been focused on the current state of special counsel Robert Mueller’s investigation. Trump on Tuesday submitted written answers to questions from Mueller about Russian interference in the 2016 presidential election. 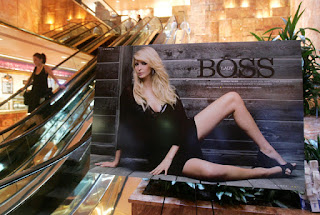 During the interview, the former New York City mayor segued into complaints about news stories regarding Ivanka Trump’s use of a personal email account last year. Comparisons between the actions of the president’s daughter and those of the 2016 Democratic presidential nominee were unfair, he insisted.

And the next chapter in the Whitaker saga, from Da Hill: Federal investigators probing possible Whitaker Hatch Act violations


Federal investigators are investigating whether acting Attorney General Matt Whitaker violated federal law after it was revealed his failed 2014 Iowa Senate campaign received thousands of dollars of donations in January and February of this year. The investigators are probing whether Whitaker’s accepting of the donations, amounting to $8,800, violated the Hatch Act’s prohibitions on political activities by federal employees.

A spokesperson for the Office of Special Counsel confirmed to CNN that it had received a complaint from the watchdog organization American Oversight and a case file had been opened. The office has the power to investigate Hatch Act violations and determine possible reprimands, but cannot take disciplinary action itself, according to CNN.

"After years of being completely dormant and only after he joined [former Attorney General] Jeff Sessions' office as chief of staff, Whitaker's campaign started receiving a cluster of contributions," Austin Evers, the executive director of American Oversight, told CNN. "It appears to violate the black-letter law of the Hatch Act."

I don't want to hear one damn thing about the Hatch Act until James Comey, Andy McCabe, Peter Strzok, and most of the rest of the upper echelon of the DOJ and FBI are at least indicted for their roles in politicizing their agencies on behalf of the Clinton campaign.
Posted by Fritz at 9:07 AM