The U.S. military has a detailed plan to save the living, or at least outlast the dead.


On the website of the U.S. Strategic Command, you can find CONPLAN 8888-11, a detailed plan for “counter-zombie dominance” prepared by a group of junior officers as part of a training exercise. The document, which came to public attention a few years ago, is festooned with disclaimers, including a large red box on the first page informing readers that the assignment was based on a “completely fictitious scenario” — but presumably the disclaimers would themselves be disclaimed in any congressional hearing attempting to fix blame in the event of an actual zombie invasion. So let’s spend a few minutes taking CONPLAN 8888-11 more or less seriously.

Once we take the plan seriously, it makes interesting reading. Were its advice followed during the zombie disasters portrayed so regularly on small screen and large, we wouldn’t see the U.S. military so easily swept aside in the opening hours of the invasion.

One of the guys on my last fishing trips with Pete worked in the Pentagon in preparedness. I wonder if he had a hand in this.


That’s the term used again and again in the document — “invasion” — and surely it’s the most accurate way to conceptualize the disaster that would follow a zombie infection. Undead hordes shambling through the streets should be treated the way one would treat any other invaders. This means the goals must be to protect the uninfected population and to eliminate the invaders.

That assumes that the zombies are Romero style zombies, which spread by something akin to a disease infection, and not the original Haitian style zombie, who is actually reputed to be a living person person enslaved by the bokor.


Therefore it’s important to create hardened protected sites and to guard critical infrastructure. Because zombies will be drawn to human population centers and can’t swim (or can they?), roads should be barricaded and blocked at checkpoints. Local authorities will be tasked with maintaining potable uncontaminated food supplies. If none of this works, evacuation will be ordered. Law enforcement and military personnel are warned not to allow survivors to “go back for” family, friends, and loved ones. Any who do must be left behind.

Of course, fighting the Haitian style zombie invasion would be much different. All you would need to do with the Haitian zombies would be to identify and take out the bokors and then mop up the zombies. An alternative might be to waterboard a bokor, and discover how to control the zombies for your own purposes.


The plan anticipates that human survivors would raid police stations, sporting-goods stores and armories for weapons. This is apparently seen as a feature, not a bug. All official transmissions would be sent uncoded, so that survivors might intercept them and know where to link up with military forces.

The planners accept the popular view that zombies are not alive, a proposition that widens the choice of potential strategies. Ordinarily, the measures that may be taken in armed conflict are legally and ethically restricted, but “U.S. and international law regulate military operations only insofar as human and animal life are concerned.” Small wonder, therefore, that the plan envisions the use of nuclear weapons within U.S. territory as necessary.

Again, making the decision to prepare for Romero zombies. Haitian zombies are living purposes, who could potentially recover after the drugs used to create them wear off, or are counter acted.


The idea is to use enough force to destroy large concentrations of zombies, then conduct reconnaissance to hunt down the rest. Finally, when the emergency ends, government will be turned back over to civil authorities. It all sounds good — good enough for us to wonder why “The Walking Dead” features no surviving military forces. (They can’t all have been ambushed by the governor.) But as CONPLAN 8888-11 freely admits, there are potential problems.

For one thing, determining where to deploy forces requires accurate intelligence, which likely would not be forthcoming. The document advises assuming “worst-case scenarios derived from popular culture references.” For another, deployed military forces will be expected to carry sufficient supplies to operate for 40 days, after which the planners believe most of the zombies will have died from decay or lack of food. (Although this assumption seems to be the consensus of various sources, it may be overly optimistic.) The difficulty, as the planners confess, is that the U.S. military may not possess enough food and water for the necessary forces to deploy for so long without resupply. 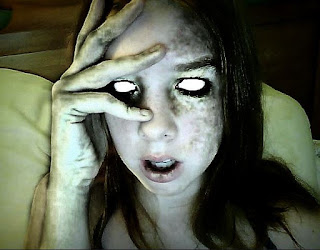 Can zombies be made edible by cooking, or possibly treating with chemicals? Asking for a friend.


Moreover, the document notes, not enough military facilities are actually hardened against zombie attack. Command-and-control aircraft would be safe, but after a few days refueling operations would likely break down. The planners suggest that surviving aircraft try for Hawaii or various other Pacific islands, but seem pessimistic that many would make it. (In “World War Z” — the novel, not the film — many of the world’s leaders, including the president of the United States, successfully take to the sea.) 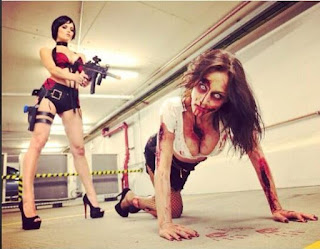 
And course there’s the risk that the invaders will turn out to be Evil Magic Zombies, or EMZs, in which case there will be little that conventional military force can achieve. Still, the planners have a suggestion: “The Chaplain Corps may provide the only viable means of combating EMZs.” They document adds, ominously: “Atheists could be particularly vulnerable to EMZ threats.”

But put all of these concerns aside. At least somebody’s trying. You want the government to plan for low-probability disasters? Here’s a plan for a low-probability disaster. Sure, the chances of a zombie apocalypse are infinitesimal. But should it ever happen, the last few survivors (those who beat the 0.0088 probability of surviving 100 days) will likely behave just like the journalists who seemed surprised to discover that snowstorms are occasionally worse than predicted. They’ll want to know who’s to blame.

Wombat-socho has Rule 5 Sunday: Roll Tide! ready for your enjoyment.
Posted by Fritz at 7:05 PM