Born and raised in Brandywine, Andrew Turner was a fisherman and marine scientist who worked as the facilities manager at Morgan State University’s Patuxent Environment and Aquatic Research Laboratory. Turner’s family said he was a waterman at heart, and he died doing what he loved.

On Oct. 31, Turner took a group of students out crabbing, and he stayed behind to finish up after the students left, according to Turner’s sister Rita Vera.

Police responded to the park at 4:16 p.m. that day after receiving a report of Turner missing. Four hours later, he was found deceased in the water when divers did a grid search.

Vera said by phone Monday that her brother loved fishing, the water and his family.

“He always told Mom and Dad he wanted to fish,” she said, noting her brother had gravitated toward the water since he was little. 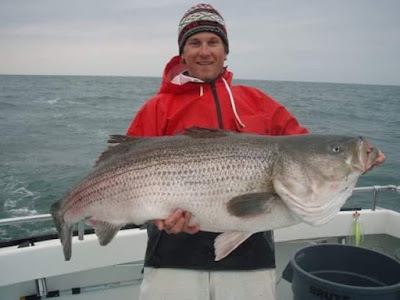 In a short autobiography posted on Morgan State University’s website, Turner said his fascination with water began when he was growing up along the shores of the Patuxent, just a few miles north of the research lab where he worked.

At a young age, he wrote that experience “unknowingly created a wealth of ecological knowledge and helped me understand the critical need for research, fostering a growing scientific understanding and most importantly stewardship.”

Turner’s online obituary started with a quote from Ernest Hemingway’s “The Old Man and the Sea,” Turner’s favorite book. The novel tells an epic battle between an old, experienced fisherman and his greatest catch: a large marlin.
. . .
Married in 2014, Turner and his wife, Claire, have two young sons. The family has lived in North Beach for a couple of years.

“His wife and two boys are the light of his life,” Vera said.

In the hours following last week’s incident, Claire Turner made a public Facebook post saying “Andrew loves me and our boys so hard. He is an incredible father, patient, kind and present. I am so incredibly grateful for his love now more than ever.”

I worked at this lab on the Patuxent River for many years, when it was the Academy of Natural Sciences Estuarine Research Center, before it was taken over by Morgan State University. It has a very high dock, and it appears he may have fallen off the dock; maybe he hit his head. The article doesn't say. I left long before he worked there, but I also crossed paths with him when we worked at Flag Harbor Marine Service.

Docks are possibly more dangerous than boats. Be careful!
Posted by Fritz at 7:05 PM