Giving Thanks for Russiagate

Nope, it doesn't even get a break on Thanksgiving, although tomorrow may be slow, with all the reporters with Turkey comas and hungover to boot. Giving thanks to Bob Mueller, for providing us with endless stories about his witch hunt. According to Politico Mueller got some answers, but he's not done with Trump


The special counsel still wants to question the president over his actions while in the White House — Tuesday's answers only covered Russian hacking during the 2016 election. It's a fight that could result in a historic subpoena and eventual Supreme Court ruling, pulling a defiant Trump into a legal squabble that could set groundbreaking precedent for presidential investigations for years to come. Depending on how the battle plays out, House Democrats may even try to pounce and launch impeachment proceedings.

Things could get explosive fast. Next comes the perilous round of negotiations between Trump’s lawyers and Mueller’s prosecutors covering topics like Trump's intentions when firing FBI Director James Comey in May 2017. That line of questioning — which Trump says he shouldn't have to answer — is tied to Mueller's ongoing obstruction of justice investigation.

It is absolutely no business of Mueller why Trump fired Jim Comey or anyone else. No intentions are unmixed, and having one good reason (and there are many) overrides 100 bad ones. Axios: Behind the scenes: Trump vs. Mueller


The big picture: It is possible that Mueller will subpoena Trump regarding his activities as president. But Giuliani said he has reason to suspect he won’t: "I think that he would not win a legal battle if he did that, and I think it would consume months." If Mueller does, the president’s view is clear: He will refuse to cooperate.

The high-stakes exchange with Mueller included no questions or answers about obstruction of justice. But Giuliani said, "I can't tell you he's given up on obstruction."

A Bonus Howler is here:


According to The New York Times, Trump was rebuffed by White House counsel Don McGahn, who warned it “could prompt accusations of abuse of power.” McGahn has since departed the White House and the current acting attorney general, Matt Whitaker, wrote in a 2016 op-ed that he would indict Clinton.
Toobin told Wolf Blitzer tonight, “This is what happens in authoritarian countries. The president orders––the leader orders the investigation and prosecution of his political enemies.”

Wait'll he hear about Carter Page.

Or Dinesh D'Souza.  No need when the Congress can do it for you: House Republicans Call John Huber to Capitol Hill to Hear Testimony on Clinton Foundation Probe (PJ Media).


House Republicans have called U.S. Attorney John Huber to appear before Congress and give testimony on his investigation into the Clinton Foundation, Rep. Mark Meadows (R-NC) told The Hill on Tuesday.

Former attorney general Jeff Sessions reportedly tasked Huber with probing alleged wrongdoing by the Clinton Foundation, the Uranium One scandal, and Obama-era surveillance abuses in November of 2017, and Republicans are keen to get an update from the attorney before Democrats take the House back in January.

Meadows, who is chairman of the House Oversight Subcommittee on Government Operations, told The Hill that it’s time to “circle back” specifically to Huber’s investigation into the Clinton Foundation.

“Mr. [John] Huber with the Department of Justice and the FBI has been having an investigation – at least part of his task was to look at the Clinton Foundation and what may or may not have happened as it relates to improper activity with that charitable foundation, so we’ve set a hearing date for December the 5th,” he said.

Donations to Clinton Foundation down 86% now that the Clinton's lost the election and the ability to sell influence. Money to Clintons' nonprofit "tapers" for third year in row. That's the Christmas Spirit! Giving thanks to Hillary for showing was a grasping shrew she was just in time for the election


Just weeks after he was sentenced to two weeks of jail time and forced to pay a $9,500 fine for lying to the FBI in Robert Mueller’s Russia probe, Papadopoulos fired off several tweets indicating that he regretted doing so. According to court documents regarding Papadopoulos’ motion to continue his bail and delay going to prison, Papadopoulos used Twitter, the public forum, to express his displeasure at the situation. And that, Mueller says, shows that Papadopoulos legal motion has no standing, and that’s he’s just trying to delay his jail time.

I would say do the time, get it over with, and if evidence comes forward to prove the FBI and CIA set you up, sue for wrongful imprisonment.

As for Trump's message, he was strikingly charitable:


A spokeswoman for the district attorney would not say why prosecutors declined to take the case from Los Angeles police. Documents supporting the decision were not released because the case was referred to the city attorney and was still under investigation.

The city attorney’s office will review the case, a spokesman said.

As Daniels’ lawyer, Avenatti has pursued the president and those close to him relentlessly for months, taunting Trump in interviews and baiting him and his lawyers in tweets.


Most entertainment outlets routinely cover political news in the Age of Trump. Add an actress into the toxic mix, and the Avenatti story is a no brainer. 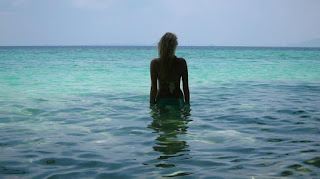 That covers the past week up until the morning of Nov. 21, more than enough time to weigh in on the situation.

It’s just how today’s biased entertainment sites operate. Stories that don’t fit their preconceived narratives get ignored. Anything that does? Constant coverage.

In the future, it will be hard to mention Avenatti in the press without mentioning this incident, which will make it almost impossible for the press to polish Avenatti's presidential bid. The solution? No more coverage of Michael Avenatti.

Wombat-socho has Rule 5 Sunday: Roll Tide! and FMJRA 2.0: Les Chants Magnetiques ready for your enjoyment.
Posted by Fritz at 9:28 AM