A Proper Ration of Russiagate

There is some real news today. First off, President Trump submitted the results of his perjury trap take home testimony to Mueller's office, where I'm sure Andrew Weissman is scanning it for grammatical errors to impeach him with. Da Hill: Trump submits written answers to Mueller

The president told reporters earlier Tuesday that the written answers were "all finished" and that his lawyers would be submitting them on his behalf.

"Finished them yesterday. The lawyers have them. I assume they'll turn them in today or soon," he said before leaving Washington to spend Thanksgiving with his family at his Mar-a-Lago resort in South Florida.

Trump answering questions for Mueller has widely been seen as one of the final steps of the Russia investigation, which the special counsel took over in May 2017.

The written answers, however, fall short of an in-person interview that Mueller's team sought for nearly a year. It remains unclear if Mueller will be satisfied by Trump's submission or if he will continue to seek an interview.

In a clear sign that Mueller thinks the appointment of Matt Whitaker is a threat to his probe, Special counsel Robert Mueller’s team defends legitimacy of his appointment (WaPo)


After oral argument this month, a three-judge panel asked Mueller and Miller to address implications for the case of the forced resignation of Jeff Sessions as attorney general — and the president’s selection of Whitaker to succeed him until a permanent attorney general is chosen. Whitaker is now supervising the special counsel probe and facing separate court challenges over whether his appointment is valid.

“The designation has no effect on the case,” Mueller’s team said of Whitaker’s new position. “The validity of the Special Counsel’s appointment” in May 2017 “cannot be retroactively affected by a change in the official who is serving as the Acting Attorney General.”

Miller, the former Stone assistant, is trying to block a grand jury subpoena from Mueller and has refused to testify.

His attorney said Monday that Whitaker replacing Sessions does not affect Miller’s argument that Mueller was named unlawfully, in violation of the appointments clause of the Constitution. The special counsel’s prosecutorial powers are too broad and the office is not subject to “substantial supervision and oversight,” according to Miller’s attorney, Paul D. Kamenar.

More Poo from WaPoo: Schumer seeks inspector general probe of Whitaker’s contact with White House. Because it would be such a shame if the the President actually talked to the person he was appointing to be the countries lawyer. I'm sure Obama never talked to Holder or Lynch you know, about "that stuff." Axios: Trump privately praises Matt Whitaker's "courage". He has a point. Anyone appointed by Trump, however well qualified, is in for a shitfest. See Justice Kavanaugh. Breitbart has the Federalist Society and Conservatives’ Wishlist for Attorney General. I don't know any of them, but if it's like their list of potential Supreme Court Justices, there's probably someone good in there. WaT: Anti-Democrat nonprofit paid Matt Whitaker $900,000. I'm more convinced than ever that his appointment is a good thing.


Acting Attorney General Matthew Whitaker earned more than $900,000 from a nonprofit organization that criticized Democrats and endorsed right-wing causes, according to financial disclosure forms released Tuesday by the Department of Justice.

The organization dedicated most of its time to filing ethics complaints against Democratic Party candidates and condemning former Secretary of State Hillary Clinton for her use of a private email server.

Since 2014, FACT has filed over 80 ethics complaint, over 60 of which were filed under Mr. Whitaker’s leadership.

A FACT spokesperson disputed that the group favored conservative lawmakers, saying it nonpartisan.


Citing “two people familiar with the conversation,” The New York Times reported Tuesday that counsel Don McGahn flatly told the president that he didn’t have the power to do that and that even the one thing that could be done — request an investigation — would risk ending his presidency.

“To underscore his point, Mr. McGahn had White House lawyers write a memo for Mr. Trump warning that if he asked law enforcement to investigate his rivals, he could face a range of consequences, including possible impeachment,” The Times wrote.

Though The Times called the reported conversation “one of the most blatant examples yet” of Mr. Trump seeing the Justice Department as a political tool, there was no evidence that Mr. Trump’s musings to Mr. McGahn went beyond that.

Somebody doesn't want all those bodies dug up. It's probably a bad move politically, but probably warranted under the law. Trump Jokes During Turkey Pardons: ‘Dems Are Likely to Issue Them Both Subpoenas’. More believable than their turkeys witness at the Kavanaugh hearing.


Steele’s correspondence with the business associate is the latest piece of evidence suggesting the former British spy may not have been as well-versed or -sourced in Russian intelligence as he was portrayed when the FBI used his now-infamous anti-Trump dossier to support a request for a Foreign Intelligence Surveillance Act (FISA) warrant against Trump campaign adviser Carter Page.

Both the DOJ’s inspector general and multiple committees in Congress are investigating whether the FBI properly handled the Trump-Russia collusion case or whether it fell prey to political pressure and shoddy investigative work, as congressional Republicans and President Trump himself claim.

The FBI has an obligation to submit only verified information to support a FISA warrant.

If the FBI failed to perform the sort of due diligence required to ensure that Steele’s expertise on Russia was reliable and that his dossier was verified, it would mark a massive failure in the FISA process.

There are growing warning signs that the FBI may have rushed its due diligence on Steele’s Russia work product, perhaps in part because it had enjoyed an earlier successful relationship in a corruption case involving European soccer. 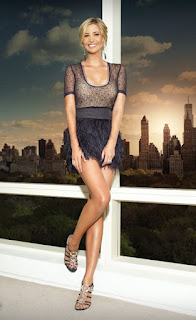 So I suppose you heard that Ivanka Trump used her private email account for "government business", like arranging child care for her trips early in the administration? House Dems To Investigate Ivanka Trump's Personal Email Use (KKK to investigate Negroes for arson over crosses burning on their lawns - jjs)


House Democrats are calling for an investigation into Ivanka Trump’s use of her personal email after a report broke Monday night that she used it hundreds of times to conduct government business and schedule meetings in the beginning months of the administration.

House Oversight Committee chairman Elijah Cummings said the committee plans to investigate whether Trump and other members of the Trump administration are following federal laws, calling for a bipartisan investigation.

“We launched a bipartisan investigation last year into White House officials’ use of private email accounts for official business, but the White House never gave us the information we requested,” Cummings said in a Tuesday statement. “We need those documents to ensure that Ivanka Trump, Jared Kushner, and other officials are complying with federal records laws and there is a complete record of the activities of this Administration.” 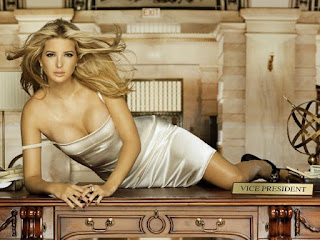 Put her in jail. Then put Hillary in jail proportionally long.


Republicans have said it is likely Democrats will continue to spend time investigating this incident, while continuing to probe into Trump’s 2016 presidential campaign.

“Congress has broad oversight powers over the executive and House or Senate Democrats could open an investigation into Ivanka Trump’s emails,” Rachel Bovard, Director of policy at the Conservative Partnership told The Daily Caller News Foundation.

“At a minimum, Ivanka’s emails may be subject to a FOIA request, which can be made by private citizens,” Bovard continued.

It was a dumb thing to do, especially after the noise Daddy made about Hillary's orders of magnitude worse abuse of the system. Mark Levin: You Need a "Negative IQ" to Compare Ivanka's E-Mail to Hillary's

All the rest is a rehash of the Democratic One Hit Wonder Michael Avenatti's ongoing issues with Mareli Miniutti. The Blast: Actress Claims Michael Avenatti Dragged Her Across Apartment, Called Her An ‘Ungrateful B*tch’


Miniutti claims she had been living with Stormy Daniels’ attorney since January, and on November 13, they got into an argument over money. She claims Avenatti called her an “Ungrateful f*cking bitch” and began forcefully hitting her in the face with pillows from the bed.

She says Avenatti exclaimed, “Do not disrespect me,” and then told her she could not sleep in his house that night. She says he grabbed the “wrist of my right arm,” and “attempted to pull me out of bed.” Miniutti claims she tried texting a friend for help, but claims Avenatti grabbed the cell phone. The actress says he remained very close to her and she was afraid for her safety.

Avenatti then allegedly grabbed her by the arm and dragged her out of bed, on the floor and through the apartment and out the front door into the hallway. Miniutti claims she was injured while being dragged, and provided pictures of her alleged injuries in her court filing. The actress says she was in her underwear and also suffered scratches to her back. After being dragged into the hallway, Miniutti says she began ringing a neighbor’s doorbell until Avenatti allegedly ran out and pulled her back into his apartment. 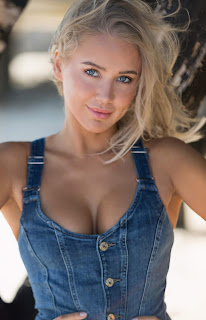 Some friends were noting the creepiness of the media's complete embargo of Michael Avenatti. This guy used to be on CNN and MSNBC multiple times per day, but his name isn't even mentioned on those networks any longer.

Our brave firefighters have completely erased him, Soviet-style.

Linked at Pirate's Cove in the weekly Sorta Blogless Sunday Pinup and links. Wombat-socho has Rule 5 Sunday: Roll Tide! and FMJRA 2.0: Les Chants Magnetiques ready for your enjoyment.
Posted by Fritz at 9:30 AM