Wind Power is for the Birds

Or rather, not for the birds, although it seems to be good for the lizards that the birds eat: Wind Farms Kill Off 75% Of Buzzards, Hawks And Kites That Live Nearby

Wind turbines are the world’s new ‘apex predators’, wiping out buzzards, hawks and other carnivorous birds at the top of the food chain, say scientists.

A study of wind farms in India found that predatory bird numbers drop by three quarters in areas around the turbines.

This is having a ‘ripple effect’ across the food chain, with small mammals and reptiles adjusting their behaviour as their natural predators disappear from the skies. 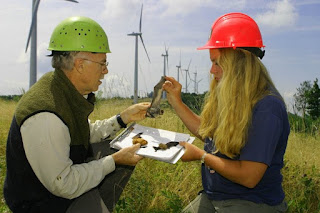 Birds and bats were assumed to be most vulnerable to the rise of the landscape-blotting machines.

But their impact is reverberating across species, experts warned, upsetting nature’s delicate balance.

Researchers at the Indian Institute of Science in Bengaluru studied lizard and bird populations at three wind turbine sites in the Western Ghats.

They found almost four times fewer buzzards, hawks and kites in areas with wind farms – a loss of about 75 per cent. 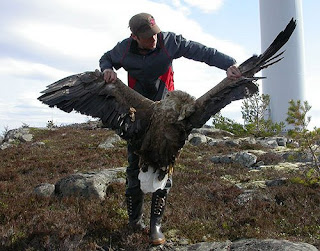 And without buzzards, who would eat all the dead deer on the sides of the roads?


In areas without turbines around 19 birds were spotted every three hours, while nearer to the machines this number dropped to around five.

This led to an abundance of the fan-throated lizard, a species only found on the Indian sub continent and a favourite snack of the predatory birds. The reptile also had lower levels of the stress hormone corticosterone and this changed how it lived. 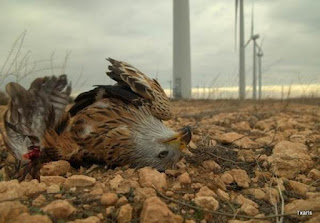 Lower cortisol! I'm so happy for them!

For instance, humans were able to get much closer than usual before they ran off, as without predatory birds around, they had become less fearful.

The analysis has implications for wind farms all over the globe – including Britain, where the top predators include many birds of prey such as owls and eagles.

Study coauthor Professor Maria Thaker said: ‘We have known from many studies that wind farms affect birds and bats. ‘They kill them and disrupt their movement. But we took that one step further and discovered that it affects lizards too. ‘Every time a top predator is removed or added, unexpected effects trickle through the ecosystem.