The Girl Next Door: DIY

Men request copies of 'girls they fancy WITHOUT their permission


Lonely singletons are asking Jade Stanley, owner and founder of Sex Doll Official, to secretly make them artificial versions of girls they have a crush on. Jade’s firm, based in Bromsgrove, near Birmingham, makes customised sex dolls for men and women who wish to create sex dolls in the likeness of real people.

Most customers ask 35-year-old Jade to create sex dolls in the likeness of celebrities, their partners or in some cases their dead wives. But Jade said nothing is off limits, including carbon copies of people who have no knowledge their appearance is being replicated in sex doll form.

Some men have requested silicone duplicates of women they have taken a shine to, Jade said.

“In terms of customisation, it’s anything whatsoever. Celebrity, dead spouse or someone you fancy,” Jade told Daily Star Online. “It really does vary, you get people asking for a Kim Kardashian, or a girl next door. It’s just so different across the board.”

To produce the sex dolls, customers are required to send a picture of their loved one to Jade, who forwards the request on to her factory in China, where they are made.

Oh great, so the Chinese will be filling our sexbots with malware.


Customers are required to detail their specifications, including hair colour, breast-size, weight and skin colour, when making a request via the Sex Doll Official website.

It looks like big boobs are a frequent option. I guess the cost of the extra silicon is minimal.


The bespoke sex dolls, which can cost up to £4,000 depending on specifications, are then air freighted back to Jade’s office and cleaned before being shipped out to the customer. 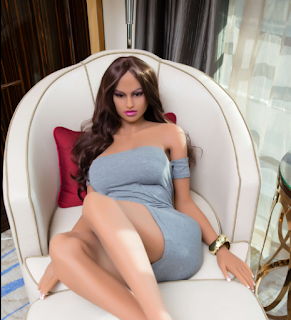 £4,000? Hell, for that you should be able to get a prefectly good Thai of Filipino wife. A Russian might cost a little more in the long run.


“They’ve just presented me with a picture,” Jade, who owns a chain of sunbed shops in the West Midlands, said. “In conversations with me and my colleagues, we get as much information as possible as to the woman or man they want to create.”

When asked about the legal consequences of making sex doll replicas of real people without their knowledge, mum-of-four Jade said she has no qualms. She said: “Of course that’s a concern, and I wouldn’t want to cause myself any litigation problems. “But at the end of the day, it’s just a likeness. “Who’s to say you can’t draw a likeness of somebody or paint a likeness of somebody.”

I see that the uncanny valley is still a problem.