Since its first show in 1995, no plus-size, out transgender or gender nonconforming people have walked the @VictoriasSecret runway — ever. https://t.co/ekQjGUkg5g
— Mic (@mic) November 12, 2018


And then, of course, he was forced to recant: 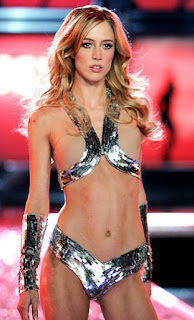 
Jocelyn Ratzer had just finished her second day at Victoria’s Secret when she got the news that would make her quit.

Leaving her morning shift at an Orlando shopping center on Saturday, the 24-year-old salesperson spotted an interview with Ed Razek—the chief marketing officer of Victoria’s Secret’s parent company—that made her feel sick. In an interview with Vogue, the executive dismissed the idea of casting trans or plus-size models in the company’s annual fashion show, saying the controversial procession of scantily clad models was meant to be “a fantasy.” 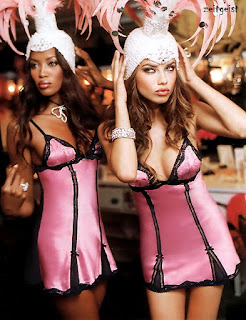 "It's a 42-minute entertainment special. That's what it is," Razek said. "It is the only one of its kind in the world, and any other fashion brand in the world would take it in a minute.”

Ratzer, who is queer and plus-size, said the comments left her “disgusted.” 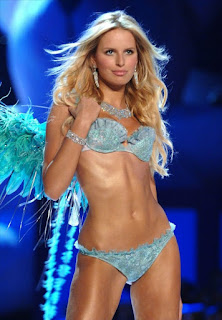 So she's not exactly the target audience.


“I was incredibly uncomfortable,” she told The Daily Beast. “I felt like I was in a compromising position to be working in a place that didn't want somebody like me representing their brand, or somebody like my trans allies.” 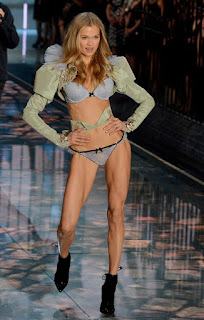 She wasn’t alone. Hundreds of women posted about their disappointment and anger with the company over the weekend, using the hashtag “Boycott Victoria’s Secret.” Trans models took to Twitter and Instagram to share their dismay, and one fashion editor even called for Razek’s firing. The frustration extended to former Victoria’s Secret models like Lily Aldridge and Karlie Kloss, who posted on their Instagram stories about respecting trans rights.

Wombat-socho is back in the saddle again, with Late Night With Rule 5 Sunday: Pepper Potts.
Posted by Fritz at 6:00 AM