Oyster restoration work in Maryland’s Tred Avon River appears likely to remain on hold for at least another year, as the U.S. Army Corps of Engineers still has no funding allotted through next September for reef construction in the Chesapeake Bay.

Restoration work in the Eastern Shore river began in 2015 and has so far relied overwhelmingly on federal funds. The Trump administration did not request funding for the project in its budget proposal for fiscal year 2019, but the Corps’ Baltimore District did ask for support through discretionary funds authorized by Congress.

While the Corps decided to provide $13 million in additional funding for various projects in the Bay region, including the use of dredged material to restore two vanishing Bay islands, it did not give the Baltimore District money to continue work in the Tred Avon.

“The District is certainly committed to continuing the program,” said Sarah Lazo, spokeswoman for the Baltimore District. But until funding becomes available, she said, it can’t go forward.

So who's to blame?

Since 2015, the Corps and its state, federal and nonprofit partners have completed the initial restoration of nearly 81 acres of river bottom in the Tred Avon, at a combined cost of $4.6 million. They have planted a total of 380 million hatchery-spawned seed oysters on reefs that are protected from harvest.

As part of the oyster restoration master plan for the Tred Avon, the District had hoped to begin work this year on building another 42 acres of reef there, at an estimated cost of $3 million to $5 million. But there has been no reef construction in the river since last winter, when the Corps contracted to build 4 acres left unfinished from 2017, using scallop, conch and clam shells from seafood processing plants. 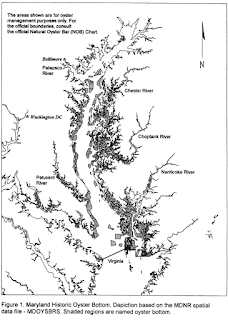 That's a lot of money for very little area, considering the size of the original oystering grounds in Maryland. It would take billions to restore oysters to their former glory with that kind of treatment.


Under the 2014 Bay Watershed Agreement, Maryland and Virginia have each pledged to rebuild oyster habitat and populations in five of their tributaries by 2025. Maryland has completed one — Harris Creek — with work ongoing in the Tred Avon and Little Choptank rivers. Harris Creek was mostly federally funded, while the Little Choptank restoration is mostly state-funded. The Tred Avon work also is mostly paid for with federal funds.

From the mid-1990s through 2016, the Army Corps regularly received funding to build oyster reefs in the Bay. Cumulatively, the Baltimore District got $29 million, while the Norfolk District of the Corps got $22 million, according to Maryland Sen. Ben Cardin’s office.

But the flow of funding ended when then-President Barack Obama requested no money for oyster restoration in the Corps’ fiscal year 2017 federal budget. That cutoff came on the heels of a call by Maryland Gov. Larry Hogan’s administration to halt work in the Tred Avon in 2015 after some watermen objected to the use of granite in restoration projects there and in Harris Creek. 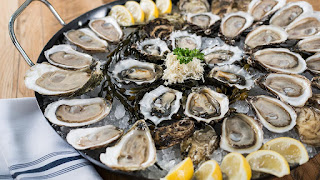 So it's all Obama's fault?

The watermen complained that granite reefs snagged crabbing gear and that improperly constructed granite reefs in Harris Creek were damaging boats. They said that reefs should be replenished exclusively with oyster shells, arguing that those are the only suitable surface on which spat, or baby oysters, can settle and grow. Research has shown that oyster spat will do well on other hard surfaces in the water, though, and monitoring of the granite reefs built so far in Maryland has found oysters in great numbers on them, at higher densities than on shells.

Oysters used to set on our plastic water tanks at work. Our watermen are kind of whiny.


The Hogan administration later lifted its hold on the Tred Avon project, and work resumed in April 2017, more than a year after it had been interrupted. But further delays and cost overruns ensued because of the state’s insistence at that time that no more granite be used in the reef construction. By the time the state withdrew its objections, federal funding from past budgets had been depleted.

You know, if Maryland really thought this was important, they could pay for it themselves.

I still say the best restoration would be to forbid the harvest of "wild" oysters for 5-10 years. Let's find out if the Chesapeake oysters are still capable of surviving and spreading in the modern bay. It's not like it was prior to the great oyster mining of the late 1800s and early 1900s, and it will not be for quite some time, if ever. If they can't, go to all aquaculture, and maybe even "foreign" oysters, like Crassostrea ariakensis.
Posted by Fritz at 6:58 PM