Hugh Hefner, founder of Playboy magazine, died Wednesday at the Playboy Mansion in Los Angeles, surrounded by loved ones, the magazine said in a statement. He was 91.

He died from natural causes, the statement read.


After working first as a copywriter for "Esquire" – where he reportedly left because he didn't get a $5 raise – Hefner decided to start his own publication and he raised $8,000 from 45 investors to launch "Playboy" in December 1953. (He had originally planned to call it "Stag Night," but was forced to change the name to avoid trademark infringement.)

It was produced in his kitchen and carried no date because he wasn't sure there would be a second issue.


But with the trademark intuition and shrewdness that seemed to always ensure his success, Hefner had acquired a nude photo of Marilyn Monroe for the centerfold, taken before the start of her film career.


The magazine sold 50,000 copies, making it an immediate success. (Hefner later bought the crypt next to Monroe's in a Los Angeles cemetery.)

An empire was launched, with Hefner – who divorced first wife Mildred Williams in 1959 – as its charismatic, cosmopolitan head. 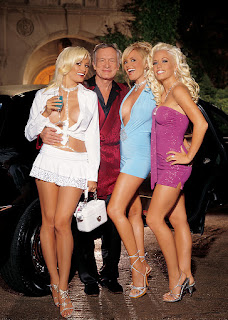 Often pictured in pajamas – or a silk smoking jacket - and smoking a pipe, Hefner personally promoted the Playboy philosophy as the magazine became an amalgam of nude photographs of gorgeous women and intellectual writing. ("I just read Playboy for the articles," was a standard, if joking, line at the time.)

"If you had to sum up the idea of Playboy, it is anti-Puritanism," he was quoted as saying as the country's mood became more hedonistic.


In 1989, he married longtime girlfriend Kimberly Conrad and for a while became a family man with two young sons before the couple separated in 1998.


Conrad and Hefner's divorce was finalized in 2010 and he proposed in 2011 to 24-year-old Crystal Harris, a former Playmate. Harris called off the wedding days before the ceremony, but changed her mind and they married at the end of 2012.

In August 2016, Hefner sold the iconic Playboy Mansion for $100 million. The deal was contingent on the understanding that the Playboy founder would live in the Mansion until the time of his death.

Hefner is survived by his wife Crystal as well as his daughter, Christie; and his sons, David, Marston and Cooper.

Hef and Crystal's off and on again relationship was chronicled in early posts of this blog.

I was first acquainted with Playboy when, as a child, some teacher friend of my father brought an issue or two to a teacher's weekend trip to our mountain house, I didn't understand what the big deal was. For a while, my dad had a subscription. Later, as an adolescent, I had my own clandestine stash of Playboys, as did most teenage boys. So did my sons. 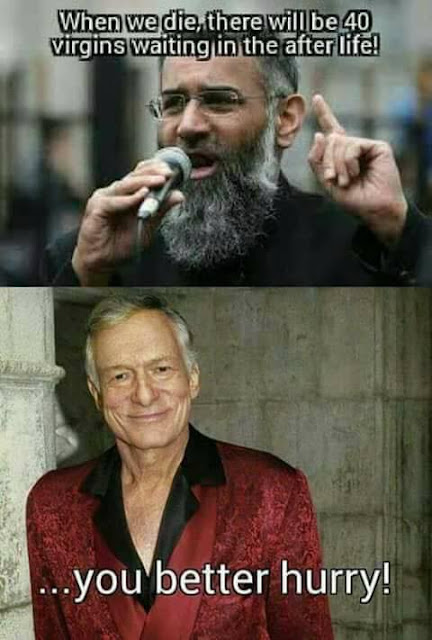