I Guess There's Someone for Everyone...

But why doe Hugh Hefner always get the cute Playboy Bunny?

WASHINGTON - Hugh Hefner, the twice-married founder of Playboy, is taking the plunge again.
Hefner, 84, said on Saturday in a posting on Twitter that he and his girlfriend Crystal Harris, 24, got engaged on Friday.
“When I gave Crystal the ring, she burst into tears. This is the happiest Christmas weekend in memory,” Hefner tweeted.
Hefner, whose magazine was founded in 1953, was divorced from his second wife, Kimberley Conrad, earlier this year. His first marriage to Mildred Williams ended in divorce in 1959.
Harris was the Playboy Playmate of the Month for December 2009...

Somewhat racy picture of Crystal below the jump: 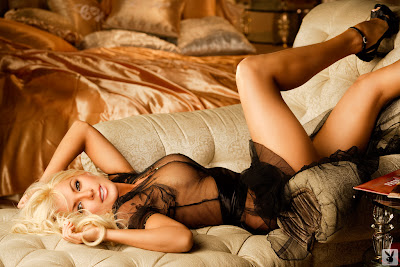