Half a Cup of Rock and Rye

I was wandering around the local liquor store a couple weeks ago, and I ran across a bottle of "Rock and Rye".  I have been singing about "Rock and Rye" for a few years, but never realized it was a particular drink; I just thought it was rye whiskey on ice.  Turns out, it is rye whiskey with a heavy dose of rock candy or horehound, and some lemon.  You can either make it at home or buy it premixed.  It was widely used as a home remedy in the past; after all, nearly everybody feels better after drinking a little whiskey, and "a spoon full of sugar helps the medicine go down".  Of course, I had to buy a bottle, and I've been nursing it along a half a cup at a time. 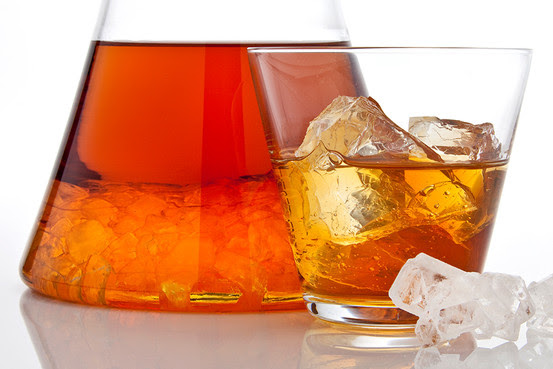 Now that we're going to do Atkin's for a while, I guess I'll have to give it up, or try making it with Splenda...

And the song?  Nearly my favorite Dead song. A lousy video, but the sound is decent, and the solo outstanding.