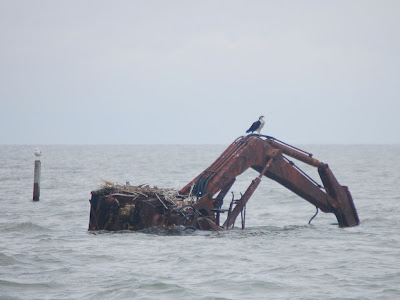 An osprey builds a nest on a backhoe swallowed by the Chesapeake Bay near Holland Island.  I caught a nice speckled trout hanging out underneath.  Sorry, the guy I got to take a picture of it turned it into a blur..


This picture was taken near the last remaining house on Holland Island in middle Chesapeake Bay: 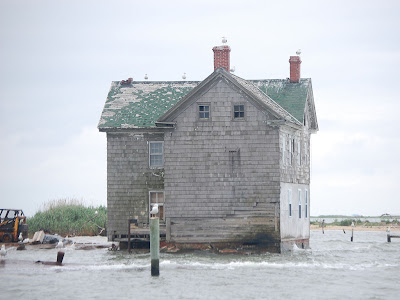 I've visited this site a few times over the past few years. Some interesting structure (including the backhoe) around the island makes for good fishing.  Sadly, this house made the front page of the Washington Post this year by collapsing during a storm.

Many islands, and much of the shoreline in the Bay are threatened by waters, which rise about 4 mm a year due to the land sinking and the oceans rising (about half of each), and erosion.

A picture from 2003, when the backhoe was above water 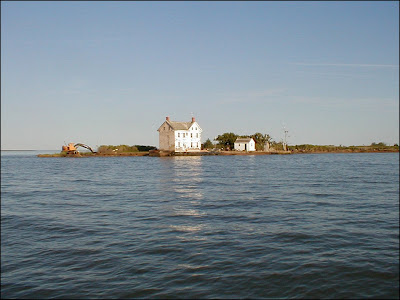