So now that DADT is repealed, ROTC will come back to the Ivy League schools, right?  After all, they were using DADT as the excuse not to allow ROTC on campus.  Never mind, it wasn't ROTC or the military that put DADT in place; it was Congress.  A college damn sure isn't going to bite that hand.

Not if former Washington Post columnest Colman McCarthy has his way.

It should not be forgotten that schools have legitimate and moral reasons for keeping the military at bay, regardless of the repeal of "don't ask, don't tell." They can stand with those who for reasons of conscience reject military solutions to conflicts.

They can stand with Martin Luther King Jr. and his view of America's penchant for war-making: "This madness must cease," he said from a pulpit in April 1967. Even well short of the pacifist positions, they can argue the impracticality of maintaining a military that has helped drive this country into record depths of debt. The defense budget has more than doubled since 2000, to over $700 billion. They can align themselves with colleges such as Hobart, Earlham, Goshen, Guilford, Hampshire, George Fox and a long list of others that teach alternatives to violence. Serve your country after college, these schools say, but consider the Peace Corps as well as the Marine Corps.

Will the Ivies have the courage for such stands? I'm doubtful. Only one of the eight Ivy League schools - Cornell - offers a degree in peace studies. Their pride in running programs in women's studies, black studies, and gay and lesbian studies is well-founded, but schools have small claims to greatness so long as the study of peace is not equal to the other departments when it comes to size and funding.

I admire those who join armies, whether America's or the Taliban's: for their discipline, for their loyalty to their buddies and to their principles, for their sacrifices to be away from home. In recent years, I've had several Iraq and Afghanistan combat veterans in my college classes. If only the peace movement were as populated by people of such resolve and daring.

ROTC and its warrior ethic taint the intellectual purity of a school, if by purity we mean trying to rise above the foul idea that nations can kill and destroy their way to peace. If a school such as Harvard does sell out to the military, let it at least be honest and add a sign at its Cambridge front portal: Harvard, a Pentagon Annex.

Did you expect different? 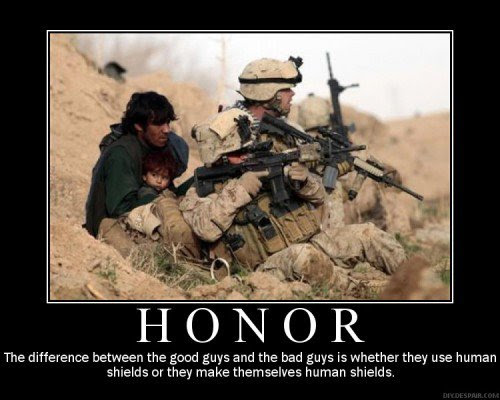