A Last Gasp of Obamacare Schadenfreude?

But first, a reminder of how Obamacare is failing: CBO: In 2018 Obamacare Premiums Projected To Increase 15%. Week ahead: Senators near deal to stabilize ObamaCare markets. Ryan, White House To Senate: “Drawing A Red Line” At ObamaCare Bailout;

As I mentioned on the last cleanup effort, it appears the Republicans are gonna try it again, repeal/repair/replace Obamacare. Don’t Look Now, But Full Obamacare Repeal Is Back On The Table. With a deadline approaching, Republicans' last push to roll back Obamacare gains strength. Conway: We’re Getting Close To 50 On ObamaCare Repeal … Again! The deadline is the expiration of special rules that could allow it to pass with 50 votes, rather than the 60 that major measures typically require. So why can't they just extend the rule? You know the Democrats would. As clock ticks, Republicans try to move ahead on Obamacare repeal:

“Now is the time. We have 12 days” to pass it, Pence said before the lunch.


GCHJ, which was unveiled in the Senate last Wednesday by Senators Lindsey Graham (R-SC), Bill Cassidy (R-LA), Dean Heller (R-NV), and Ron Johnson (R-WI), is by no means perfect of course. But the legislation, more accurately an amendment “in the nature of a substitute” to the American Health Care Act of 2017, is infinitely better than the Obamacare status quo. Nonetheless, it is already drawing criticism from the usual self-serving suspects. Kentucky Senator Rand Paul, for example, once again trotted out his hopelessly tired and inaccurate “Obamacare Lite” talking point in a Friday tweet.


The Medicaid expansion and subsidy funding would be cut sharply compared to current spending, going to zero in a decade.


Under the Cassidy-Graham plan, the mandates would be eliminated at the federal level. States could choose to keep the measure, replace it or get rid of it completely.

This bill would shift those subsidies to the state-level, so people in some states may see their subsidy scaled back or eliminated.

Senate Republicans near votes to replace Obamacare with state block grants. And some of those states might not choose to implement the policies our "betters" in Washington D.C. seek to impose on us. The new GOP health-care measure goes further than the failed one, and being WaPo, they write that like it's a bad thing.

But, Republicans being Republicans, the bill is far from certain, Via Wombat-socho's "In The Mailbox: 09.19.17", EBL asks Can Graham-Cassidy’s Obamacare Repeal & Replace Pass The Senate? New push to replace Obamacare reflects high stakes for Republicans, with the usual suspects holding it hostage. Rand Paul never ceases letting the perfect be enemy of the good, while John McCain, Lisa Murkowski, and Susan Collins need their maverickey egos properly massaged:


McCain warned against rushing ahead. “We just need to have a regular process rather than, ‘Hey I’ve got an idea, let’s run this through the Senate and give them an up-or-down vote,’ ” he said.

Murkowski said she was trying to learn more about the proposal’s impact on Alaska and consulting with her governor. On her way to McConnell’s office Monday afternoon, she wouldn’t say whether she was leaning for or against the bill.

Collins, who is seen by many Republicans as the strongest opponent of replacing the ACA, said Monday that she worries that millions could lose coverage under the new plan.

Millions who didn't want it and had it forced on them


Adding to the challenge for Republican leaders: Sen. Rand Paul (R-Ky.) said Monday that he is a firm no at this point.

Democrats. in the meantime, continue to show that the object of Obamacare was to fall leftward and lead to single payer. Some Democrats decide the time is ripe for single-payer


On Wednesday, Senator Bernie Sanders will introduce a new version of his long-standing proposal to provide “Medicare for All,” creating single-payer health insurance system that ends the private insurance industry as we know it.

Unlike the last time Sanders introduced similar legislation, he will have a co-sponsor. And not just one. Several potential candidates for the 2020 Democratic presidential nomination—and therefore, potential rivals to Sanders—have signed on, including Senators Cory Booker, Kirsten Gillibrand, Kamala Harris, Jeff Merkley and Elizabeth Warren. (Senator Chris Murphy may as well, even though he’s shopping his own plan for letting people buy in to Medicare as a step toward Medicare for All.) Meanwhile, over in the House, single-payer legislation has, for the first time, a majority of the House Democratic Caucus on board.

Unsurprisingly, “Free” Healthcare from Government Is Very Expensive. How BernieCare slams working people. Somebody's got to pay for all that "free" healthcare.


BernieCare guarantees you hospital care, doctors’ visits, dental and vision care, mental health and even long-term care, all courtesy of Uncle Sam. Amazing, right? But read the fine print. You’ll get care only if it’s “medically necessary” and “appropriate.” Government bureaucrats will decide, and they’ll be under pressure to cut spending.

That’s because Sanders’ bill imposes an annual hard-and-fast dollar limit on how much health care the country can consume. He makes it sound simple — Uncle Sam will negotiate lower prices with drug companies. Voilà. But driving a hard bargain with drug makers won’t make a dent in costs. Prescription drugs comprise only 10 percent of the nation’s health expenditures.

Limiting costs will mean also limiting how many mammograms, colonoscopies, hip replacements and other procedures Americans are allowed.

As Instapundit notes, single payer means single decider. What Single-Payer Looks Like: Smokers and Obese Banned from Surgery at British Govt Hospital Thanks to Budget. At least I don't smoke. 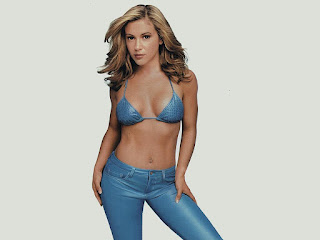 And last, and probably least, via Wombat-socho's "In The Mailbox: 09.18.17" ‘I call bullsh*t’! Who does Alyssa Milano think she’s fooling with this claim?

I have no politics. I just want my babies to grow up in a world that does the right thing for the right reasons.
— Alyssa Milano (@Alyssa_Milano) September 18, 2017

Wombat-socho has "Rule 5 Sunday: A Different Demi" and "FMJRA 2.0: Silent Running" ready for your inspection.
Posted by Fritz at 10:15 AM