Reason #5698 That Trump Was Elected 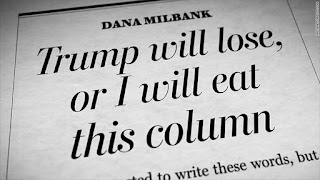 President Trump is killing me.

No, really. He’s killing me.

I went for my annual physical last month, and, for the first time in my 49 years, I had to report that I’ve not been feeling well: fatigue, headaches, poor sleep, even some occasional chest pain. My doctor checked my blood pressure, which had always been normal before: alarmingly high!

What could this mean? I don’t smoke, I’m not obese and I swim most days. The doctor hooked me up to electrodes and ran an EKG; it was normal. He suggested I try an ultra-low-sodium diet, and I spent a few weeks living on unsalted rice cakes, undressed salads and unappealing entrees; the pressure dropped a few points, but not enough. We could pretty much rule out sleep apnea and other things that can cause a spike in blood pressure. My doctor had me take a calcium CT scan of my heart, which filled me with enough radiation to melt s’mores but turned up nothing terrible.

At this point, I arrived at a self-diagnosis: I was suffering from Trump Hypertensive Unexplained Disorder, or THUD. For almost five decades, I had been the picture of health, but eight months into Trump’s presidency, I was suddenly ailing. Trump is the only variable, I told my doctor. “He sure is variable,” my doc replied, endorsing the diagnosis. 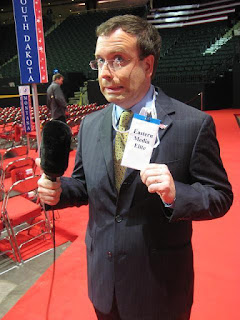 I know THUD is a real condition because I have a scientifically valid sample to prove it. I told my editor about my new medical state, and he reported that he, too, has been newly warned by his doctor that his blood pressure has become borderline, and things could go either way. Sort of like with the “dreamers” (although in my editor’s case, dealing with me may be the primary cause of illness).

I also know THUD is real because I performed a longitudinal study to test my hypothesis. I bought a blood-pressure monitor and strapped it around my bicep at various points during the news cycle:

I am spending the evening with friends. Blood pressure: 116/67.

Trump says he is going to respond to North Korea with “fire and fury.” Blood pressure: 150/95. 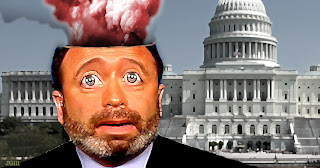 Trump agrees with “Chuck and Nancy” to avoid a debt-limit fight. Blood pressure: 122/81.

It couldn't happen to a nicer guy. Keep it up, Donald!