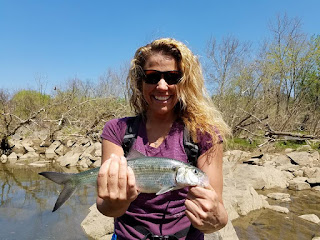 With no sign of recovery, VA to halt stocking shad in James


With little to show for more than two decades of effort, Virginia officials next year plan to suspend shad stocking efforts in the James River, conceding defeat for now in restoring what had once been a major spawning ground for the migratory fish.

“We’re not going to fund work next year to continue what we’ve been doing,” said Bob Greenlee, who oversees the program for the state Department of Game and Inland Fisheries. 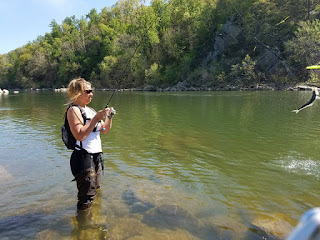 The stocking effort in the Bay’s third-largest tributary began in 1992 with the hope of bolstering depleted American shad numbers and, ultimately, build a self-sustaining population. Biologists also hoped the fish would become so numerous that they would push past a fish ladder at Boshers Dam in Richmond and repopulate the river far upstream.

But 25 years after the first shad were stocked, numbers remain low and tend to be driven by hatchery production of shad fry rather than natural reproduction, as biologists had hoped. Only a few dozen spawning fish typically make it beyond Boshers each year. 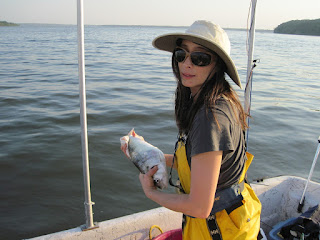 No wonder I never see any shad in the Shadcam at Boshers!


“Our overall assessment for the James River is that the stock remains at historically low levels and is dependent on hatchery inputs,” scientists from the Virginia Institute of Marine Sciencewrote in a report last year.

And shad just aren't popular enough for a put and take fishery. It suggests something is broken in the ecosystem, if you can keep stocking them, and the wild population never increases toward historic levels.  This is my argument regarding Chesapeake oysters. We need to find out if the environment is capable of sustaining a drastically increased population before making heroic efforts to implant them. It also makes you wonder about Sturgeon restoration attempts.

Wombat-socho has "Rule 5 Sunday: A Different Demi" ready for your inspection.
Posted by Fritz at 6:44 PM