Something a little different, but still the same:


Spiny lobsters, also known as langustas, langouste, or rock lobsters, are a family (Palinuridae) of about 60 species of achelate crustaceans, in the Decapoda Reptantia. Spiny lobsters are also, especially in Australia, New Zealand, South Africa, and the Bahamas, sometimes called crayfish, sea crayfish, or crawfish ("kreef" in South Africa), terms which elsewhere are reserved for freshwater crayfish.

For the first time in a while, all my regulars examples had specimens.


Although they superficially resemble true lobsters in terms of overall shape and having a hard carapace and exoskeleton, the two groups are not closely related. Spiny lobsters can be easily distinguished from true lobsters by their very long, thick, spiny antennae, by the lack of chelae (claws) on the first four pairs of walking legs, although the females of most species have a small claw on the fifth pair,  and by a particularly specialized larval phase called phyllosoma. True lobsters have much smaller antennae and claws on the first three pairs of legs, with the first being particularly enlarged.


Spiny lobsters are found in almost all warm seas, including the Caribbean and the Mediterranean Sea, but are particularly common in Australasia, where they are referred to commonly as crayfish or sea crayfish.

Spiny lobsters tend to live in crevices of rocks and coral reefs, only occasionally venturing out at night to seek snails, clams, sea-hares, crabs, or sea urchins to eat. Sometimes, they migrate in very large groups in long files of lobsters across the sea floor. These lines may be more than 50 lobsters long. Spiny lobsters navigate using the smell and taste of natural substances in the water that change in different parts of the ocean. It was recently discovered that spiny lobsters can also navigate by detecting the Earth's magnetic field. They keep together by contact, using their long antennae. Potential predators may be deterred from eating spiny lobsters by a loud screech made by the antennae of the spiny lobsters rubbing against a smooth part of the exoskeleton.  Spiny lobsters usually exhibit the social habit of being together. However recent studies indicate that healthy lobsters move away from infected ones, leaving the diseased lobsters to fend for themselves.

Like true lobsters, spiny lobsters are edible and are an economically significant food source; they are the biggest food export of the Bahamas, for instance.

Yep, got one in Baja California while skin diving, it seems like ages ago.

Wombat-socho has "Rule 5 Sunday: A Different Demi" ready for your inspection. 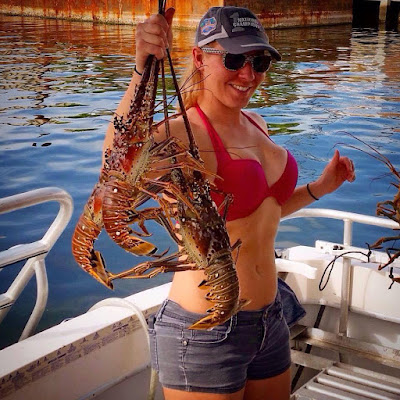 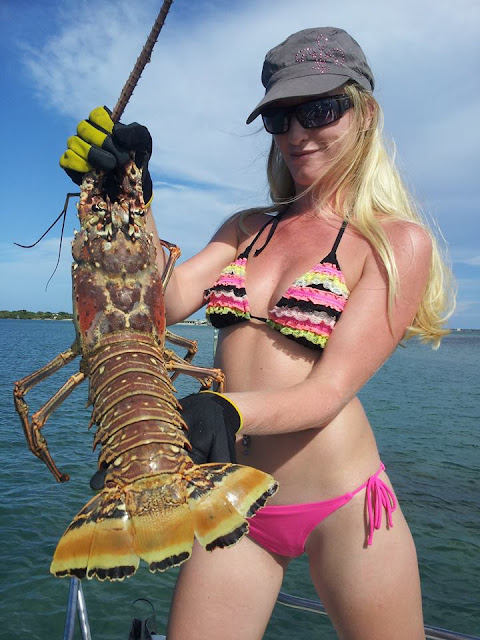 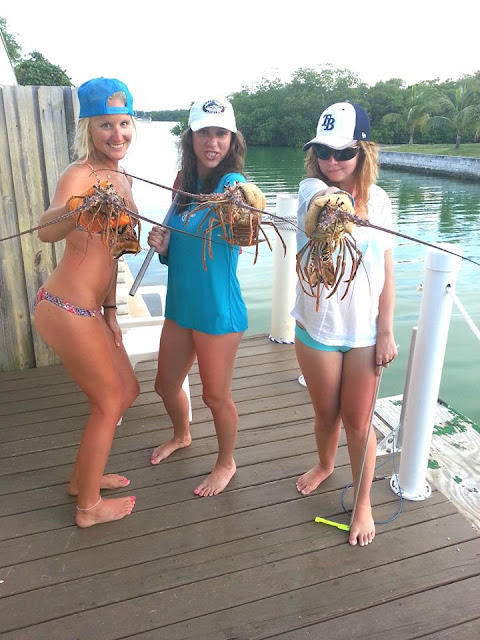 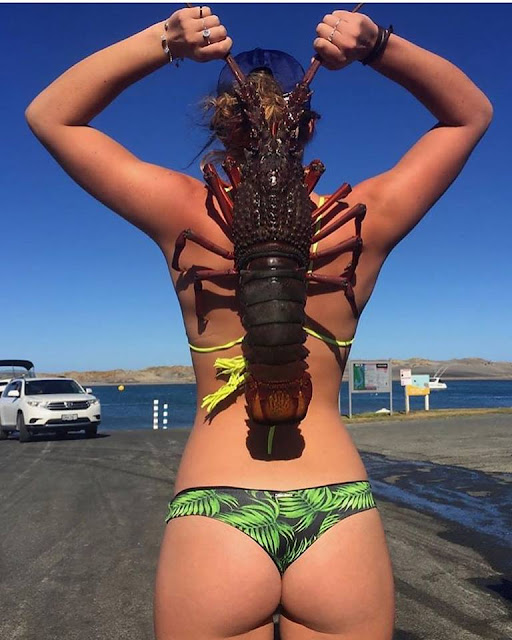 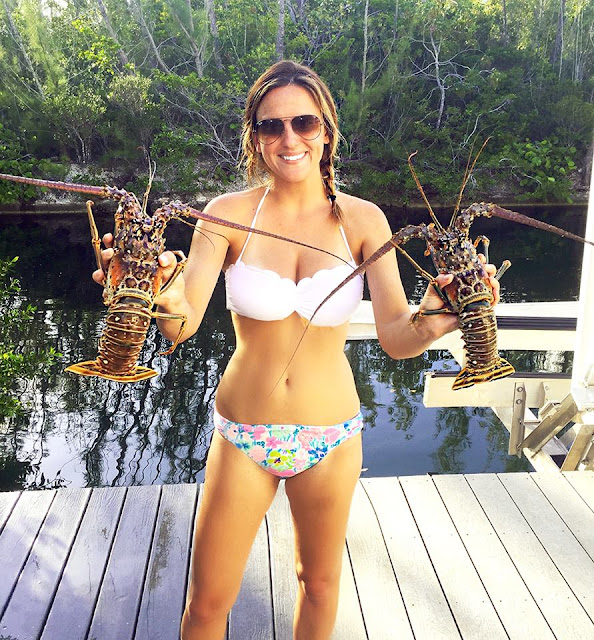 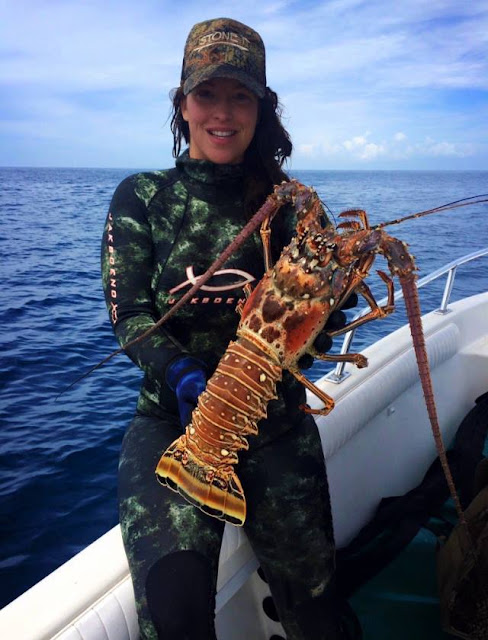 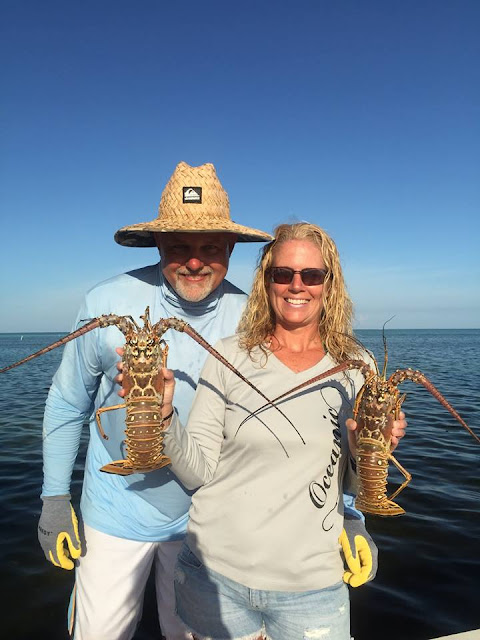 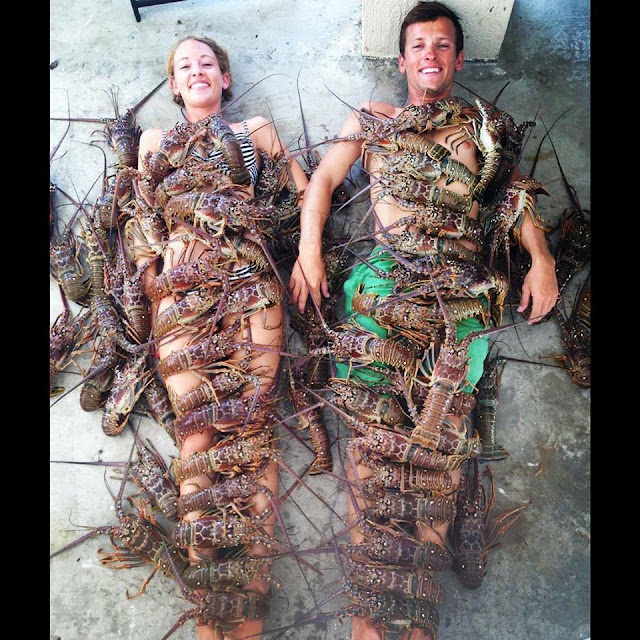 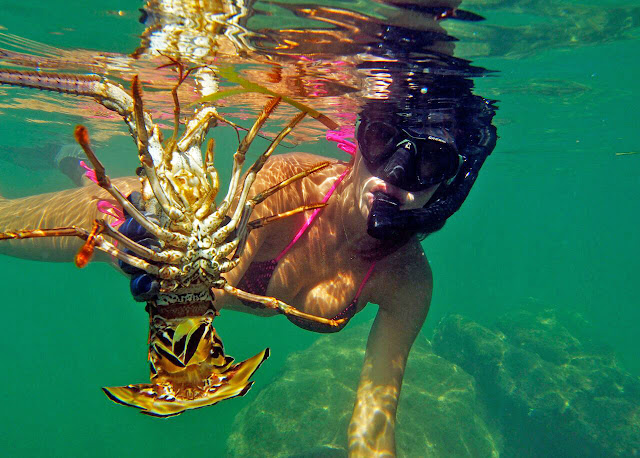 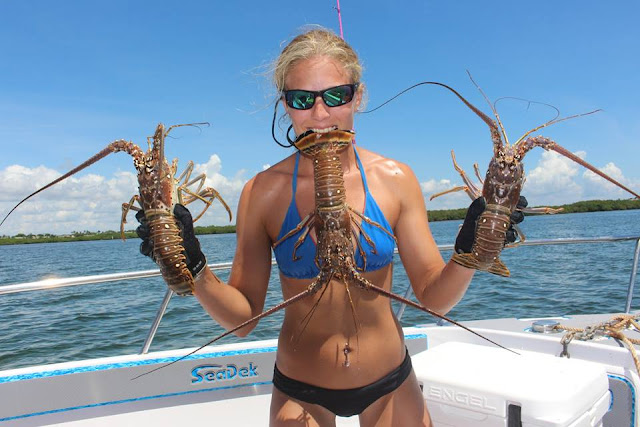 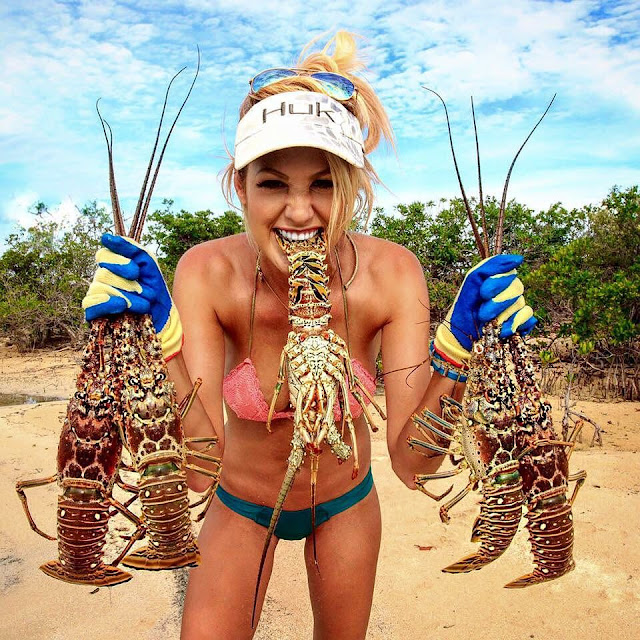