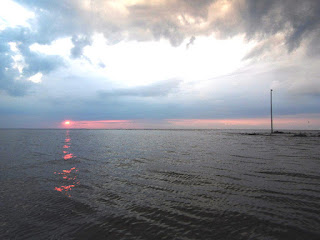 I got the call for a walk-on trip with Walleye Pete as a replacement for some anglers who had to stay home for this morning's trip. Given that Pete had had been putting people on giant Redfish pretty regularly for the last week or so, I said yes.

After playing with some dinks in the vicinity of the ruins of Cedar Point Light, we headed south. 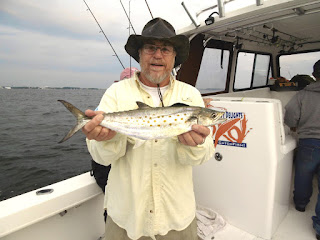 After locating birds, the very first hit I got was a monster. It spooled me (ran all the line off a 100 yard spool of 14 lb braided line) before Pete could get to the motor to chase the fish. A few minutes later, I got this consolation prize, a Spanish Mackerel, a delicious treat. We also caught a number of blues, and small stripers in the area. 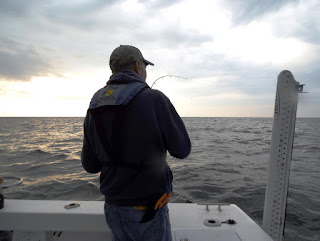 But the hero of the day was Mike, a retired Marine who also fishes with Pete a lot. 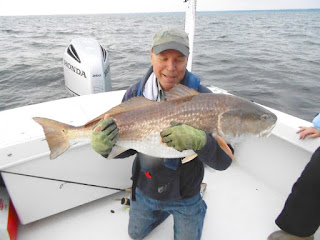 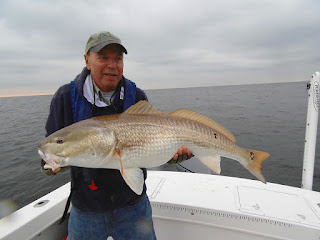 but two giants, and then put down his rod for a while. I did get to net them, though. 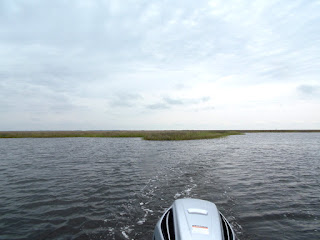 When the breaking fish and birds dispersed, making it hard to locate the fish, we moved to the Eastern Shore islands, where the bite was slow. 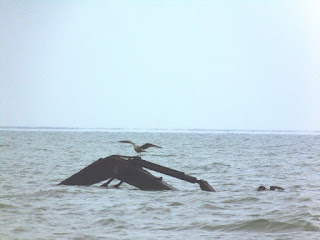 We did end up near one familiar landmark, sinking ever deeper in the bay.
Posted by Fritz at 5:45 PM