Reason #5678 That Trump Was Elected


The Justice Department on Thursday filed a brief supporting the Colorado baker who refused to bake a wedding cake for a gay couple on faith-based grounds, in the latest religious freedom case to be considered before the nation's highest court.

Jack Phillips, owner of Masterpiece Cakeshop, had refused to sell a customized cake for a gay couple's union, claiming a religious exemption to the state's anti-discrimination law.

“When Phillips designs and creates a custom wedding cake for a specific couple and a specific wedding, he plays an active role in enabling that ritual, and he associates himself with the celebratory message conveyed,” Acting Solicitor General Jeffrey B. Wall wrote in the brief.

Wall added, “Forcing Phillips to create expression for and participate in a ceremony that violates his sincerely held religious beliefs invades his First Amendment rights.”

The Supreme Court announced in June it will hear the Masterpiece Cakeshop v. Colorado Civil Rights Commission case. State courts had ruled against the businessman.

The high court will now decide whether applying Colorado's public accommodations law to compel the baker to create "expression" -- a wedding cake -- violates his constitutionally protected Christian beliefs about marriage. 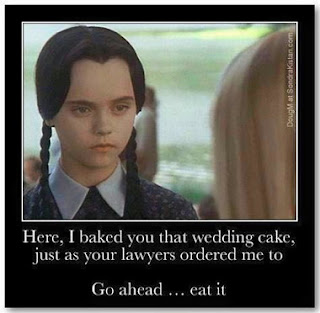 I might be willing trade the baker's rights for a law mandating equal treatment of political opinion by social media companies, who are showing a dangerous trend in stifling conservative opinions. At the very least, if they won't serve all people, they should not be able to hold their patents and trademarks. A little competition would do them a world of good.

The baker could always choose to make a statement on the cake, after collecting the full fee, of course.

Late Breaking: Feminism Leftism Is a Totalitarian Movement to Destroy Civilization as We Know It