The push for "transgender rights": The Creepy Munchausen Moms Who Promote Childhood Transgenderism

“In September 2015, Vanessa and JR Ford sent a group email to announce that their 4-year-old, whom their family and friends knew as their son, would be starting prekindergarten that year as ‘her true self’ — a girl named Ellie.”
— New York Times, Jan. 31, 2017

We can’t click fast-forward on the story and see what kind of life “Ellie” Ford will be living in 15 or 20 years, nor can we click the rewind button and go back to examine the circumstances that led to such a weird decision. Vanessa Ford’s narrative of how she knew that her son’s “true self” was a girl named “Ellie” is a tendentious rationalization, reflecting her own prejudices in favor of the transgender agenda. She is exploiting her own child in order to elicit sympathy for herself:


Munchausen’s syndrome by proxy is a pattern in which a parent “fabricates, exaggerates, or induces mental or physical health problems” in their child “usually to gain attention or sympathy from others.”

The liberal media are eager to assist these Munchausen moms. Vanessa Ford has been featured in The Washington Post as well as in Katie Couric’s National Geographic series “Gender Revolution.”

How many will end like this one?  Huh: Transgendered Boy Suddenly Realizes He Doesn’t Like Being A “Girl”


Kids are weird. They want all sorts of things that may not be good for them, and a parent’s job is to attempt to mitigate the nutty behavior, especially when it can cause real big problems, not to help propagate that behavior. If a child likes stealing candy bars from the convenience store, it would be utterly irresponsible for the parent to tolerate this, right? Yet, there are plenty who help kids who have loopy thoughts on gender

(Daily Caller) A 12-year-old Australian transgender boy, who transitioned into a girl two years ago, is featured in an upcoming episode of Australian “60 Minutes” – where he reveals that he no longer wants to be a girl.
After doctors diagnosed Patrick Mitchell with gender dysphoria he begged his mother to let him take female replacement hormones, The Independent reported.
Gender dysphoria is considered by the American Psychiatric Association (APA) to be a “mental disorder,” while the World Health Organization (WHO) recognizes it as a “mental illness.”

He received support from his mom, who allowed him to take hormone therapy, and began to grow breasts


“In the beginning of 2017, teachers at school began to refer to him as a girl which triggered Mitchell to question if he had made the right decision,” the independent added.
After reflecting on the decision to become a girl, Mitchell decided that he no longer wanted to be a girl.
“I began to realize I was actually comfortable in my body. Every day I just felt better,” Mitchell said.

Now he will need surgery to remove the breasts. This is a lesson that parents should take charge and realize that a child is not competent to make this kind of decision, nor go through with this kind of insanity. If the child wants to do this to themselves when they become an adult, fine, that’s their mental disorder.

But you will be made to care: California first-grader sent to principal’s office for misgendering classmate


An elite charter school in California has been rocked by scandal since the end of the last school year, when a kindergarten teacher read her class a pair of books advocating transgender ideology, and a male kindergartener was reintroduced to the class as a girl.

Now first-graders at Rocklin Academy Gateway risk a trip to the principal’s office if they refer to their transgender classmate by the wrong name or gender pronoun, said Karen England, executive director of the Capitol Resource Institute, a pro-family group based in Sacramento.

“There was a little girl who had been in class with the little boy all last year,” Ms. England said. “They’re in different classes now, but she saw him on the playground yesterday and called him by his name. The little girl was told ‘you can’t do that, his name is this name,’ and ‘you need to call him a “her.”’ Then she was called to the principal’s office.”

Ms. England said she has been in touch with the girl’s parents and described them as “outraged.” She said they met with school officials to discuss the matter Wednesday. 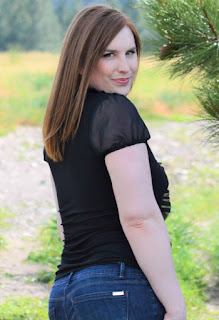 
The first openly transgender woman to compete in the race to become Miss Montana USA pageant has revealed what motivated her to enter her first pageant ever: Donald Trump’s election.
Anita Green, 26, will compete among 20 contestants on Sunday night in Missoula. The University Of Montana grad, who made history last year by becoming the first openly transgender person elected as national delegate to a nominating convention, is making her first steps into the world of pageantry.
Green, who is also a member of the executive board of the Missoula County Democrats, thought about entering the competition in the past, but never felt ready until the past presidential election.

California, maybe, but Montana? Dude Looks (kind of) Like a Lady! But they'll be "transphobic" if they don't pick him