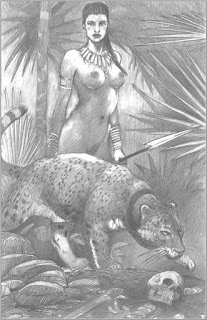 At least it's the first example of human remains that date to before the opening of the Cordilleran ice-free corridor: The Oldest Known Human Remains in the Americas Have Been Found in a Mexican Cave


An ice-free corridor between the Americas and Asia opened up about 12,500 years ago, allowing humans to cross over the Bering land bridge to settle what is now the United States and places beyond to the south. History books have conveyed that information for years to explain how the Americas were supposedly first settled by people, such as those from the Clovis culture.

At least one part of the Americas was already occupied by humans before that time, however, says new research on the skeleton of a male youth found in Chan Hol cave near Tulúm, Mexico. Dubbed the Young Man of Chan Hol, the remains date to 13,000 years ago, according to a paper published in the journal PLOS ONE. 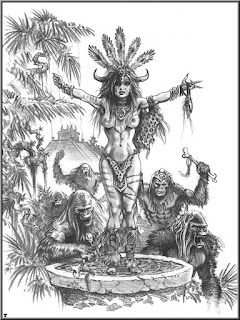 I think the pre-Clovis hypothesis is pretty well established by now. What we don't understand clearly is how many different migrations into the America's occurred and when they occurred.


How he arrived at the location remains a great mystery given the timing and the fact that Mexico is well over 4,000 miles away from the Bering land crossing.

“Scenarios of travel by boat along the Pacific shoreline, the ‘Kelp Highway,’ must be taken seriously, but alternative migration routes by boat from Europe along the Greenland ice margin or via Antarctica are also possible, though highly speculative,” lead author Wolfgang Stinnesbeck of the Institute of Geosciences at Heidelberg University said.

“If travel by boat is correct,” he added, “then likely camp sites are now set underwater due to the early Holocene rise of sea level.” 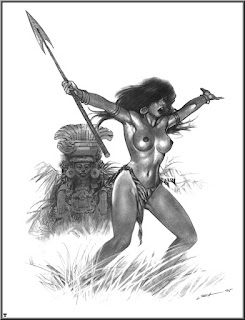 Sea level has risen approximately 300 feet since the low point at the peak of the last glaciation about 14,000 years ago, so remains from a sea-going culture might be rare on land now, especially in areas where the land is flat, and the old coastline is some distance away. If Europeans came via the Atlantic passage, they do not appear to have left a significant genetic component in the Native American genome.


Chan Hol, meaning “little hole” in a Mayan language, is also underwater now, and was first explored by diver Kim Davidsson in 2004. It has since become a popular site for cave diving in Mexico.

Scientists grew interested in the caves as well, with exploratory dives beginning around 2006. That same year, co-author Arturo González of the Desert Museum in Saltillo, Mexico and his team discovered the remains of Young Man of Chan Hol. Additional human remains have been found in underwater caves near Tulúm, which is 80 miles south of the beach resort city of Cancún. 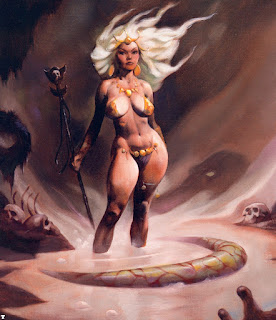 The caves were above water when the remains were deposited there.


For the new study, González, Stinnesbeck, and their colleagues dated the Young Man of Chan Hol’s remains by analyzing the bones’ uranium, carbon, and oxygen isotopes, which were also found in stalagmite that had grown through the pelvic bone.

The scientists believe that the resulting age of 13,000 years could apply to at least two other skeletons found in caves around Tulúm: a teenage female named Naia and a 25–30-year-old female named Eve of Naharon.

González said that the shape of the skulls suggests that Eve and the others “have more of an affinity with people from Southeast Asia.” He and his team further speculated that the individuals could have originated in Indonesia.

But we've seen in the other studies that early Americans seemed to have a different appearance than modern Redskins Indians Native Americans, who seem to have evolved their classic appearance after the invasion of the Western Hemisphere.

Wombat-socho has "Rule 5 Sunday: Not All That Obscure" up and ready for business.
Posted by Fritz at 6:00 AM