Unintended Consequences or Not? 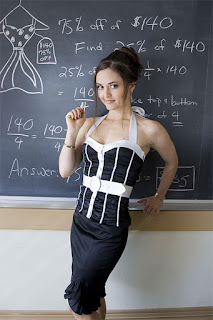 Unintended Consequences or Not?


The media’s relentless promotion of feminist propaganda has deleterious results, and the “girls in tech” crusade is no exception:


A professor at Georgetown University has found that STEM recruitment efforts actually “backfire” when targeted at women.
Adriana Kugler, who teaches economics at Georgetown, recently published her research on the gender-gap in STEM fields. She found that STEM recruitment efforts that stress the gender-gap in STEM actually serves to discourage women.
“Society keeps telling us that STEM fields are masculine fields, that we need to increase the participation of women in STEM fields, but that kind of sends a signal that it’s not a field for women, and it kind of works against keeping women in these fields,” Kugler says. 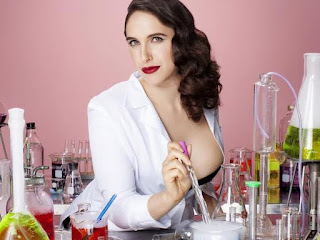 Many of the common explanations for the lack of women in STEM don’t hold up under investigation, Kugler explained to Campus Reform. While previous research suggests women are less “resilient,” or more negatively impacted by “bad grades,” Kugler says there’s “no evidence” to support that.
Likewise, the claim that women do poorly in STEM solely because it’s male dominated isn’t supported by evidence either, Kugler says, noting that an aspiring female computer scientist won’t necessarily be turned away from knowing that the field is male dominated.
The trouble begins when the media and recruitment efforts capitalize on that preponderance of men, since it “sends an additional message to women that they don’t fit into those fields, and that they don’t belong there.”
“With the media, women are getting multiple signals that they don’t belong in the STEM field, that they won’t fit into the field. That’s what we find,” Kugler told Campus Reform. “It’s very well intentioned, but it may be backfiring.” 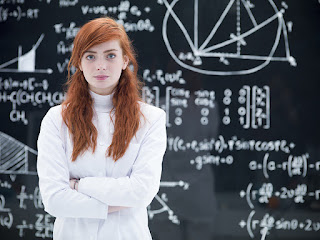 (Hat-tip: Instapundit.) This is by no means the only way women are harmed by the media’s mindless parroting of feminist rhetoric, teaching women that (a) all women are victims of oppression, (b) all males participate in and benefit from oppression, and therefore (c) men are the enemy, to be treated with contempt and hatred. Feminist rhetoric demonizes males as undeserving of respect, trust or admiration. This fosters an irrational attitude of paranoid hostility which makes it impossible for feminists to have happy relationships with men.

I don't know that the feminist propaganda keeps women out of STEM fields, I think a fear of failure at math does most of that. In my end of science, women were rapidly gaining parity, and even beyond.

I do know, however, that a lot of them came with chips on their shoulders from feminist drumbeat.

Wombat-socho has "Late Night With Rule 5 Monday: Kate Upton Goes To Houston" ready for your viewing pleasure.
Posted by Fritz at 6:00 PM