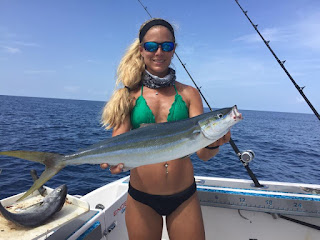 The rainbow runner (Elagatis bipinnulata), also known as the rainbow yellowtail, Spanish jack and Hawaiian salmon, is a common species of pelagic marine fish of the jack family, Carangidae. The species is widespread throughout the tropical and subtropical waters of the world, inhabiting both coastal as well as far offshore areas. The species is the only member of the genus Elagatis, which was created 15 years after its initial description, and is closely related to the amberjacks. The rainbow runner is easily distinguished by its body shape, and the brilliant colouration which gives the fish its name. It is a fast swimming predator, taking small fish, cephalopods and a wide variety of planktonic crustaceans. 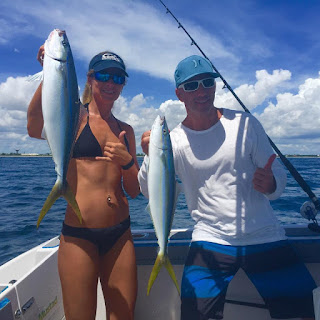 The rainbow runner has a body that is atypical of the jack family, which generally have deep, compressed bodies.The rainbow runner has a subcylindrical, elongated to almost fusiform body, with a long pointed head and snout and a tapering rear end before the caudal fin emerges. The eye is relatively small and the teeth are arranged on jaws in villiform bands, with minute teeth also present on the roof of the mouth and tongue. The fish has two dorsal fins, although the posterior rays of the long second fin have separated into a finlet. 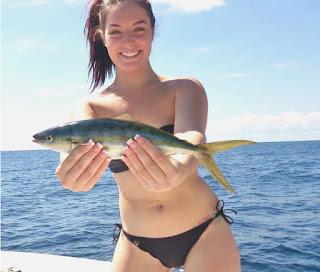 The colour of the fish is possibly the easiest way to identify the rainbow runner, with the name taken from the species striking colours. The upper body is a dark olive blue to green and fading to white underneath. There are two narrow light blue to bluish white stripes running longitudinally along the sides, with a broader olive to yellow stripe between them. The maximum length of the species is somewhat contentious, with most sources giving a known maximum length of between 107 cm (42 in) and 120 cm (47 in) cm, while one source asserts the species reaches 180 cm (71 in) in length.[13] The maximum known weight is confidently known to be 46.2 kg, as recorded by the IGFA 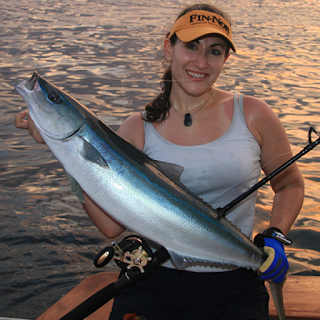 The rainbow runner has a circumtropical distribution, inhabiting tropical and some subtropical waters worldwide. In the Western Atlantic, the species occurs from Massachusetts and Bermuda to north eastern Brazil, including the northern and southern Gulf of Mexico, the Bahamas and the Greater and Lesser Antilles, extending east to at least the Azores. The species is widespread throughout the Pacific Ocean, but appears to be slightly less abundant in parts of the Indian Ocean, and rare or absent in the Persian Gulf. The species is an occasional visitor to the Mediterranean Sea, generally as a Lessepsian immigrant through the Suez Canal, but has not taken up permanent residence like other species. The species also inhabits the nearby Canary Islands, possibly entering the Mediterranean from the east also.

I think I caught one in Florida, once.

Linked at Pirate's Cove in the weekly "Sorta Blogless Sunday Pinup" and links. Wombat-socho has "Rule 5 Sunday: Not All That Obscure" up and ready for business. 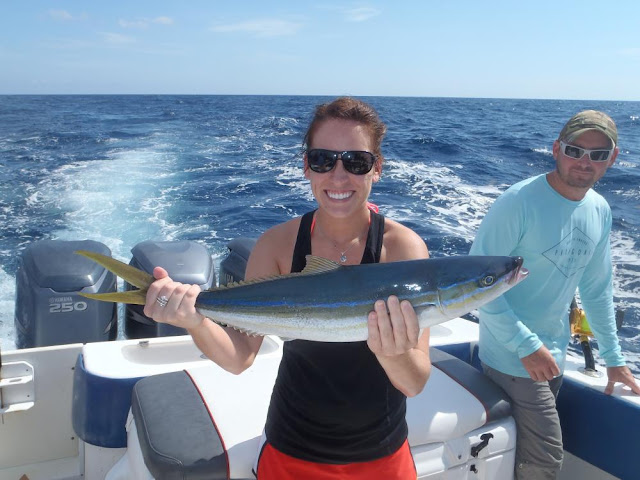 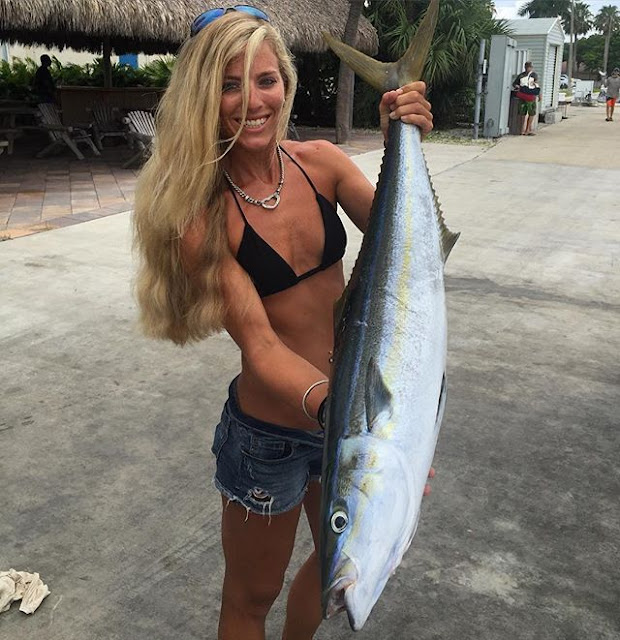 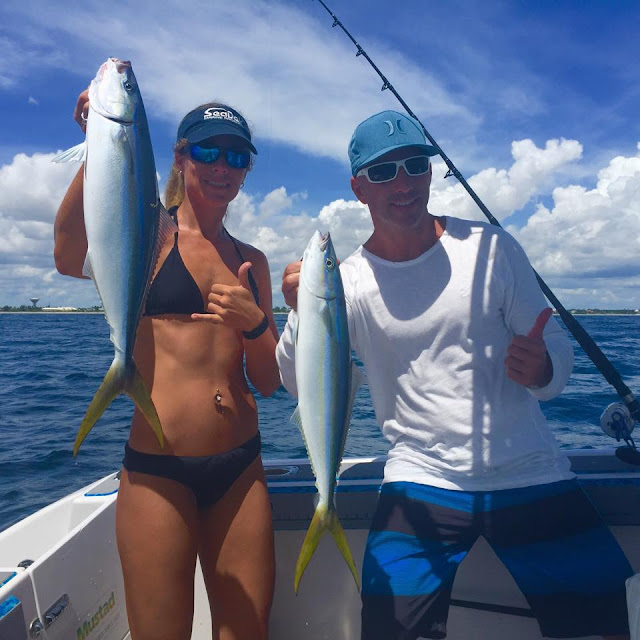 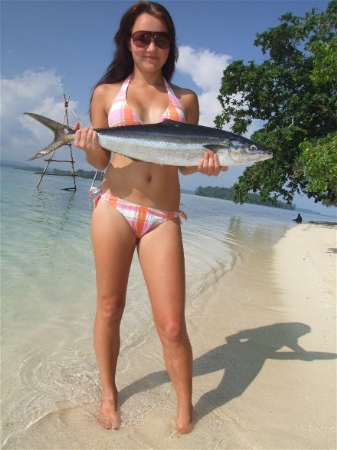 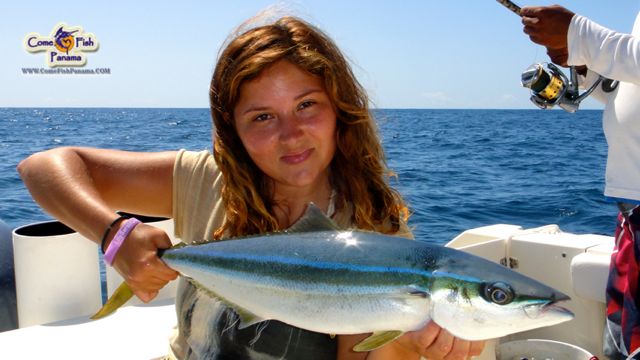 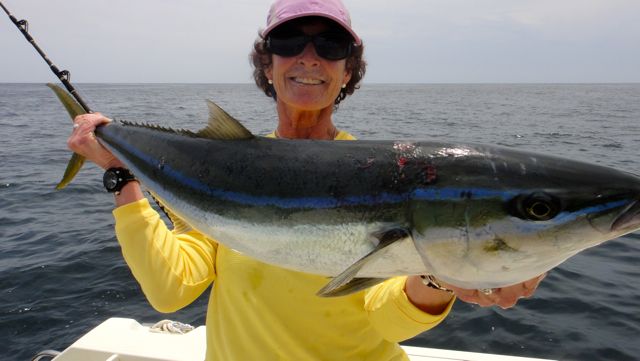 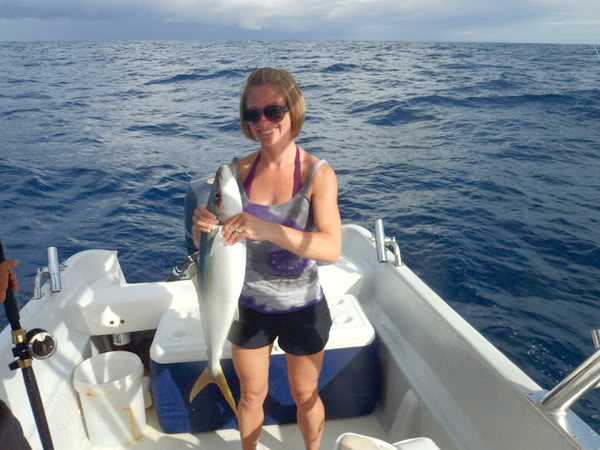 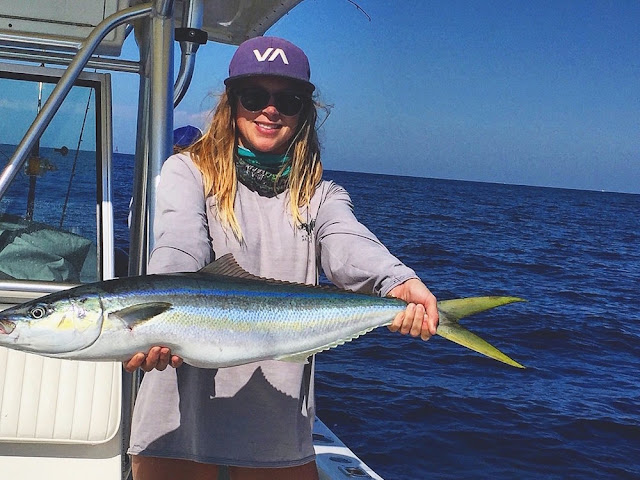 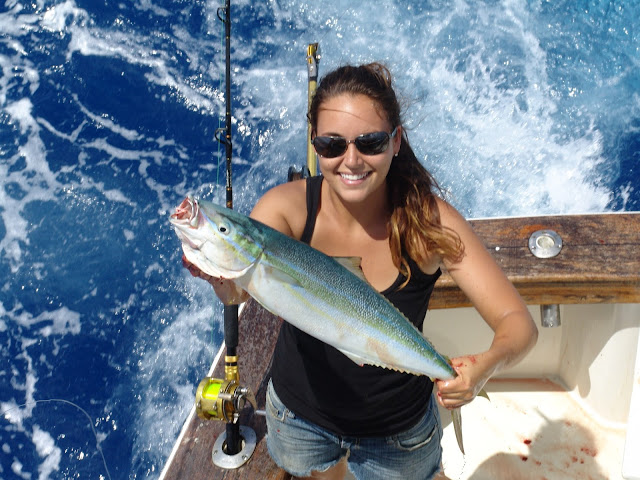 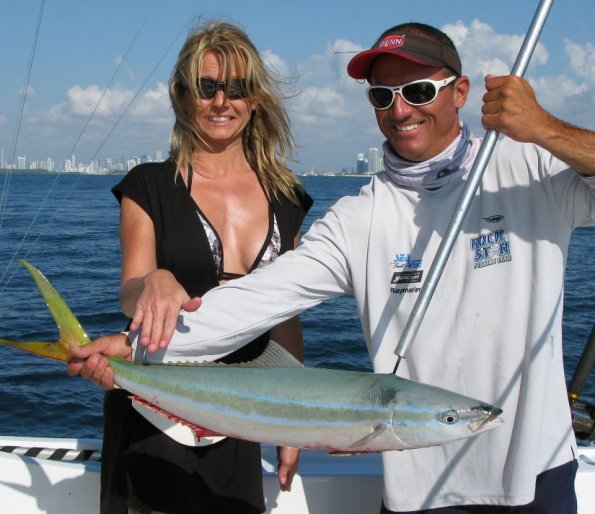