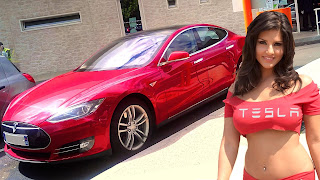 Personally, I have no problems with Teslas. Nor any hybrid or fully electric vehicles (FEV). But, there is one thing we should all have a problem with


Middle class bearing Tesla subsidyWhen the sale of its 200,000th vehicle occurs later this year, Tesla buyers will no longer be able to claim a $7,500-per-vehicle federal tax credit for purchasing one. But fear not! California’s climate-crazy legislature is coming to the rescue. 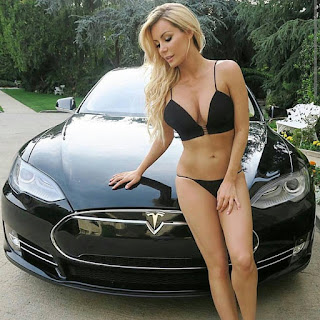 Gov. Jerry Brown and state legislators plan to pass a $3 billion electric vehicle (EVs) subsidy to replace the soon-to-end federal rebate. Under California’s generous program, electric vehicle buyers could soon receive up to $40,000 to buy’s Tesla’s most expensive models.
Despite the federal government having provided a $465 million low-interest loan for Tesla to develop a cheap electric vehicle in 2009 and the billions of dollars in tax credits given to buyers, Tesla has continued to turn out $110,000 luxury cars designed for and marketed to millionaires. Those buyers obviously could afford to pay the full freight for their vehicles but instead took money from the poor and middle-income households to fund their “green lifestyle” purchases. 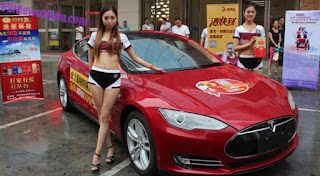 Is there any reason that these vehicles are offered subsidies and tax breaks, when it is essentially rich people who are buying them? I can see this with a Nissan Leaf or a low trim Prius (Prius’ no longer get tax breaks, BTW, nor do many other hybrids/FEV who have already exceeded the cap), as middle class folks would buy them. Of course, then this is being done off the backs of the poor, but, generally, they are part of the class that really doesn’t pay net income taxes. . . 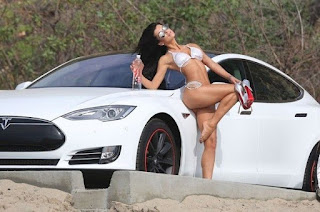 Frankly, I don't blame rich people for buying subsidized cars, or Elon Musk for selling them subsidized cars. I blame the government for implementing the policies that allow it.

Wombat-socho has "Late Night With Rule 5 Monday: Kate Upton Goes To Houston" ready for your viewing pleasure.
Posted by Fritz at 7:08 PM