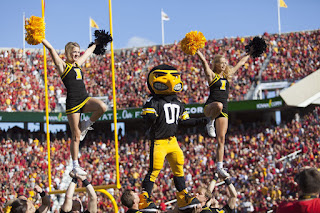 
A University of Iowa professor is asking the athletics department to make the university’s mascot, Herky the Hawk, display friendlier facial expressions, arguing that his angry grimace is traumatizing students.

“I believe incoming students should be met with welcoming, nurturing, calm, accepting and happy messages,” Resmiye Oral, a clinical professor of pediatrics, wrote Tuesday in an email to athletic department officials, obtained by the Iowa City Press-Citizen. 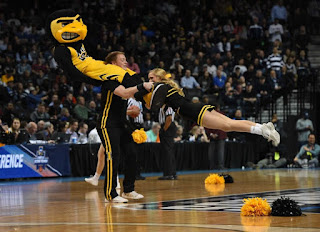 Unless they're a head banger or an emo. They should be met with vigorous resistance, and petulant whining, respectively.


“And our campus community is doing a great job in that regard when it comes to words. However, Herky’s angry, to say the least, faces conveying an invitation to aggressivity and even violence are not compatible with the verbal messages that we try to convey to and instill in our students and campus community,” she argued . . . 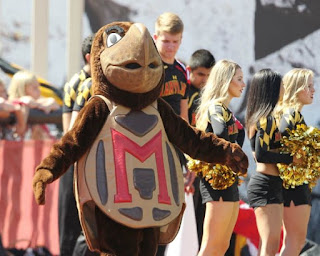 I suppose the next to go will be the Maryland Terp, because of the vaguely mean look on the terrapins face (see right). 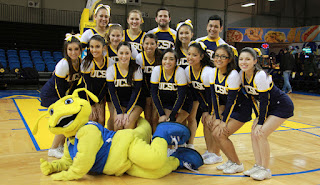 In fact, very few school mascots are likely to pass this SJW test. The whole purpose of a mascot is to show fierce determination to win the game. Unless, of course, you don't really cares who wins the game, in which case you might pick a mascot like UC Santa Cruz Banana Slug: 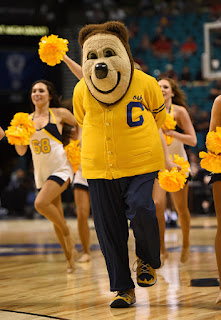 My brother Ted, has a daughter who goes to Santa Cruz. But then, he also has a son who goes to UC Berkeley, whose mascot, the Golden Bear is not very fierce either. But then, nobody expects the Berserklians to win may games. Maybe it's a UC thing.

Wombat-socho has the  "Rule Five Sunday: Labor Day Weekend Edition" up and running at The Other McCain.
Posted by Fritz at 6:00 AM