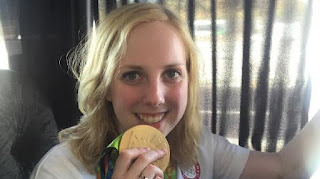 
When 19-year-old Ginny Thrasher first picked up a rifle five years ago, she just wanted to go deer hunting with her grandfather. But on Saturday, Thrasher shot her way to the first American gold medal in the Rio de Janeiro Olympic games. 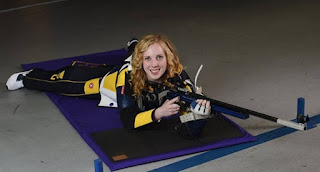 She won her gold in the women’s 10 meter air-rifle finals, one of the most precise sports in the Olympic games, upsetting the top-ranked Andrea Arsovic (Serbia) and defending champion Siling Yi (China). In the final, she knocked out 2-time gold medalist (2004, 2008) Li Du (China).

But then the haters started in: 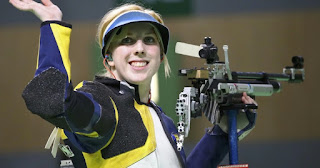 Some people just can't help being assholes. It's a good thing we have Twitter to help identify them.


If you think Ginny Thrasher was impressive in 10m Shooting, wait til you see how the American team dominates in Mass Shooting. #Olympics
— Brian Ste. Marie (@briansantamaria) August 6, 2016

Wombat-socho has a plain vanilla "Rule 5 Sunday" ready at The Other McCain.
Posted by Fritz at 6:00 AM