A New Investigation of Clinton.com?

Yeah, we heard this yesterday, but I needed an excuse to post this video: DOJ denied FBI request to open corruption probe into dealings between Clinton Foundation and State Dep’t


Officials from the FBI and Department of Justice met several months ago to discuss opening a public corruption case into the Clinton Foundation, according to a US official.

At the time, three field offices were in agreement an investigation should be launched after the FBI received notification from a bank of suspicious activity from a foreigner who had donated to the Clinton Foundation, according to the official.

FBI officials wanted to investigate whether there was a criminal conflict of interest with the State Department and the Clinton Foundation during Clinton's tenure. The Department of Justice had looked into allegations surrounding the foundation a year earlier after the release of the controversial book "Clinton Cash," but found them to be unsubstantiated and there was insufficient evidence to open a case.

As a result, DOJ officials pushed back against opening a case during the meeting earlier this year. Some also expressed concern the request seemed more political than substantive, especially given the timing of it coinciding with the investigation into the private email server and Clinton's presidential campaign.

The FBI's investigation into Virginia Gov. Terry McAuliffe and his tie to a Clinton Foundation donor was also raised during the meeting.

But wait, the fat lady may not yet have sung.  Joint FBI-US Attorney Probe Of Clinton Foundation Is Underway

The investigation centers on New York City where the Clinton Foundation has its main offices, according to the former official who has direct knowledge of the activities.
Prosecutorial support will come from various U.S. Attorneys Offices — a major departure from other centralized FBI investigations.

The New York-based probe is being led by Preet Bharara, the U.S. attorney for the Southern District of New York. Bharara’s prosecutorial aggressiveness has resulted in a large number of convictions of banks, hedge funds and Wall Street insiders.

The official said involvement of the U.S. Attorney’s Office in the Southern District of New York “would be seen by agents as a positive development as prosecutors there are generally thought to be more aggressive than the career lawyers within the DOJ.”

What could have prompted this? Hillary Clinton violated the spirit of Clinton Foundation ethics pledge. Cheryl Mills assisted Clinton Foundation while serving as Clinton’s chief of staff. Double dipping? Is that all? Huma Abedin was triple dipping, if not more. Speaking of which Saudi Arabia hates religious freedom, LOVES Clinton Foundation. Besides, according to the State Dept. Hillary’s ethics pledge did not apply to her top aides.  If that's not a loophole big enough to drive the Death Star through, I don't know what is. Or that 96 Percent Of Hillary’s Charitable Donations In 2015 Went To Clinton Foundation. They say charity begins at home, but I don't think that is quite what they meant. Watch as reporters express their disbelief. Am I not speaking English?

Or as Ace puts its: AP Reporter Matt Lee to State Department Spokesgal: Are You Fucking Serious With This Shit You're Smearing On Yourself? An episode of Dirty Jobs. Jake Tapper claims Pay-for-play emails show ‘Clintons think rules don’t apply to them. ” Anyway, based on historical evidence, they are correct.

As Hillary Clinton goes after Donald Trump, her own email troubles undermine her attacks. Ya think? Russian hack of Democrats more widespread than previously believed; but they would never have hacked her home built, insecure server, would they? Friends of DNC linkded Shawn Lucas "Freaked Out" by his death: Attorney found dead after filing lawsuit alleging election rigging


Friends of Shawn Lucas, the attorney who was found unconscious on his bathroom floor after serving the DNC with a lawsuit, are reportedly “freaked out” by the strange circumstances surrounding his death.

Lucas appeared in a video in which he served papers relating to a lawsuit against the DNC alleging that then DNC chairwoman Debbie Wasserman Schultz “rigged the primary for Hillary Clinton”.

The lawsuit, filed in June 28, alleged “that Wasserman Schultz and the DNC were fraudulent, negligent and misrepresented their true motivations in the Democratic presidential primary,”

I'd hate to think our politics have gotten to this.

Hillary Clinton’s “First 100 Days” plan should have you plenty worried. It does.

Media watch: David Duke Endorsing Trump Got Six Times More Coverage than Terrorist’s Father Endorsing Hillary. The Associated Press Campaigns for Hillary. Any one expecting otherwise is a fool. We subscribe to the Washington Post. Lately every day sees three or four feature length articles that amount to advertisements for Hillary or attack ads on Trump. 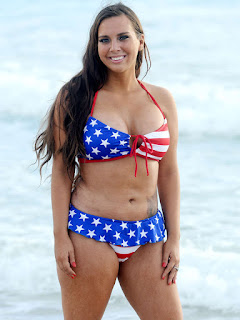 Speaking of Huma Abedin (see above) Anthony Weiner still sexting other women, says Sydney Leathers. Analysis, probably true. Addictions like that are hard to cure. But it's a good excuse to post a picture of Sydney Leathers. She's a little chunky, unlike Huma, who could afford to eat barbecue sandwich or two.


Two factors make me sus­pect that even if Clin­ton wins by a much lar­ger margin than, say, Obama’s win over Rom­ney four years ago, I don’t think the down-bal­lot im­plic­a­tions would be that huge. In the House, there are few­er com­pet­it­ive dis­tricts than at any point in our life­times; between nat­ur­al pop­u­la­tion sort­ing and ger­ry­man­der­ing, there just isn’t much elasti­city in the House these days. In the Sen­ate, the GOP ma­jor­ity is ab­so­lutely on the line; my guess it will end up 50-50, give or take a seat or two, but giv­en voters’ doubts about Clin­ton, the “don’t give Hil­lary Clin­ton a blank check” ar­gu­ment may well be a polit­ic­ally po­tent one, and a lot of hold-their-noses Hil­lary voters may well look for a check and bal­ance down-bal­lot.

That's a chilling thought, "50-50, give or take a seat or two." Say what you will about Senate Majority Leader Mitch McConnell, but he's Barry Goldwater next to Majority-Leader-in-Waiting Chuck Schumer.

Walls for me but not for thee: Hillary Clinton’s protective wall around Chappaqua estate 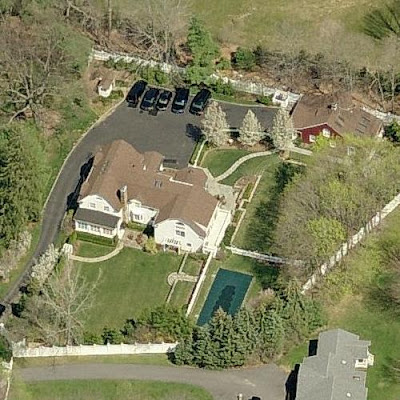 And a codest crop of links at Wombat-socho's "In The Mailbox: 08.11.16": How Twitter Uses “Media Privilege” Tp Play Palace Guard For Hillary In One Image,  Can Matt Drudge bring Hillary Down?, Hillary, Trump, And War With Russia – The Stupidest Idea I’ve Ever Heard, and I’ve Lived In Washington, Gawker Editor – Hey, We’ve Sacrificed Just Like The Khans

Wombat-socho has a plain vanilla "Rule 5 Sunday" and "FMJRA 2.0: Operation Chromite" ready at The Other McCain.
Posted by Fritz at 7:05 PM