The Weiner is Out at Clinton.com

Of course, you've all heard the story, how Anthony Weiner sexted busty brunette while his son was in bed with him showing off his engorged underpants. What is wrong with that dude? Well, she turned out to be a Trump supporter, and the rest is recent history. Soon after, reports came out that Huma was showing him the door: Humiliated Huma FINALLY dumps sexting Weiner: Hillary aide separates from husband just hours after it is revealed he sent photo of his crotch while their four-year-old son slept beside him. Ace: "Stay at Home Cad:" NY Post Reports Anthony Weiner Was Sexting a New Lady, While Son Was in Bed With Him, Just Last Year - Update: Huma Says She's Separating from Her Weiner. Althouse, after noting the scandal with "It's just another phallic Monday" comes back with: "So Huma is separating from her husband... but wasn't she already separated... kinda?"


Carlos is into the danger. Have a little empathy. You know I do. It's his sexual orientation. And it's safe sex. Except the part where you humiliate your wife, whose name I'd put right next to the word "humiliate" if a thousand writers hadn't already done that juxtaposition. It's not a new humiliation, just another iteration of the old humiliation.

Stacy McCain catches Drudge "Having Plenty of Fun" with the scandal (see left), and Ace takes another cheap shot: Hillary's Poll Lead Breaking In Half, Like Huma-Weiner Marriage of Convenience


A new Morning Consult poll has Hillary's national lead down from 6, to 3.

Last week, Reuters -- which generally has Hillary ahead more than other outfits -- showed Hillary ahead by five. But she had been ahead by 12 in the same poll.

Chris Cilliza, a reliable Hillary shill at WaPo wants us to stop picking on Weiner, Huma and Hillary: Anthony Weiner is gross. Let’s stop paying attention to him. Absolutely no political motive, I'm sure. But Larry O'Connor at Hot Air asks Can we talk about the national security implications of Anthony Weiner’s… habit?


But the disturbing habits of the now-separated husband of Hillary Clinton’s closest confidante is a very serious issue when it comes to national security.

I asked Lt. Col. Anthony Shaffer (ret.) a former intelligence officer, about the potential vulnerability Weiner poses when engaged in this kind of behavior while his spouse is in the tightest circle of trust with a potential leader of the free world.

“Weiner’s continued personal habits present an opportunity for exploitation by foreign intelligence or terrorist groups,” Shaffer told me. “There is a heightened potential for blackmail.”
. . .
“This would be an intelligent operative’s ‘wet dream’ to find this opportunity to gain access to intelligence and have the ability to manipulate a nation’s political figures with such direct access,” Shaffer said.

And what if the Clinton Administration promised a “firewall” between Abedin and Weiner, like the firewall they built between the State Department and the Clinton Foundation?

“It doesn’t work that way,” Shaffer explained. “Spouses will have access to scheduling, contacts and state of mind of Huma and of the Clintons,” he continued. “That is far more important than access to classified data.”

Kyle Scheider at Counter Jihad systematically dismantles Glenn Kessler's (the WaPo fact checker spinner) rather casual dismissal of the Huma's relationships with Jihadis through her mother and her background. WaPo Fact Checker Misleads on Huma Abedin & the Muslim Brotherhood: What’s the Truth?

On the Clinton Foundation front, A Major Contributor to the Foundation Denied Entry to the U.S. Due to Terror Ties:


The name Gilbert Chagoury will be familiar to many readers. He’s a friend of Bill Clinton and a major donor to the Clinton Foundation. According to Judicial Watch, which cites Clinton Foundation documents, Chagoury has appeared near the top of the Foundation’s donor list as a $1 million to $5 million contributor.

Chagoury’s name came up recently in a newly released 2009 email from Clinton Foundation official Doug Band to Cheryl Mills and Huma Abedin, who were then top aides to Secretary of State Hillary Clinton. Band told Mills and Abeden to put to put Chagoury in touch with the State Department’s “substance person” on Lebanon. Band explained that Chagoury is a “key guy [in Lebanon] and to us.”
. . .
But Chagoury isn’t just a crook. The Los Angeles Times reports that Chagoury was denied entry into the U.S. last year because of his ties to a Lebanese organization that has allegedly given money to the terrorist group Hezbollah. (Hat Tip: Chuck Ross at the Daily Caller.)

According to the LA Times, the State Department denied Chagoury’s visitor’s visa after he applied for one at the U.S. embassy in Paris last summer. The State Department made its determination based on a 2013 FBI intelligence report which cited sources saying that Chagoury gave money to Michel Aoun, a Lebanese politician who was suspected of “facilitating fundraising for Hezbollah.”

What good is a million bucks if it can't buy you entry into the United States. Even the dumbest Mexican knows a "Coyote" who can smuggle him in for a few thousand. Even David Ploufe, a senior political adviser to President Obama in his first term, admits There are 'legitimate questions' about the Clinton Foundation. And via Wombat-socho's "In The Mailbox: 08.29.16", Scott Johnson at Powerline admires Charles Krauthammer's column on The Clinton Bribery Standard.


Charles Krauthammer devotes his weekly column to “The Clinton bribery standard.” Charles is disgusted by the evidence of corruption that is revealed in the latest tranches of Clinton emails. He accurately states the defense advance by Hillary Clinton and her retainers: “There was no quid pro quo.”

Krauthammer comments: “What a long way we’ve come. This is the very last line of defense. Yes, it’s obvious that access and influence were sold. But no one has demonstrated definitively that the donors received something tangible of value — a pipeline, a permit, a waiver, a favorable regulatory ruling — in exchange.”

It's pretty sad when a leading contender for the presidency's defense is "You can't prove it, coppers!" Interim-Chairwoman of the Democratic National Committee Donn Brazille basically says "Everybody Does It"  and then Completely Dodges Questions About State Department Links to Clinton Foundation. CNN goes after fellow news organization for embarrassing the wanna be Preznit: CNN attacks Associated Press report on Hillary’s Clinton Foundation meetings in “Associated Press botches Hillary Clinton report and response.” And Insty shouts: BUT OF COURSE THEY DO:

As with creating “The Wright-Free Zone” to keep Obama afloat in 2008 and Candy Crowley sabotaging Mitt Romney during his debate with Obama four years later, this is simply what the propaganda wing of Time-Warner-CNN-HBO does for their party during every election year.

It's a long sordid story of the takeover of the free press by the left: Media Orgs Donate to Clinton Foundation Then Downplay Clinton Foundation Scandal. Nice news organization you have there. It would be a shame if something happened to it. Breitbart contends that Google Hides Popular Hillary Clinton Health Searches. Google says they moderate out equally. I have to say, if you try to google the equivalent question for Trump "Donald Trump mental health" you find similar selections. I'd rather see Google play it straight and give us what we most likely want to see: MEDIA: Hillary’s physical health is off limits, but Trump’s mental health? Game On! If it wasn't for double standards, they'd have no standards at all. IT HELPS IF YOU HAVE THE REFEREES ON YOUR SIDE: Elections are a game — and Clinton plays it better.

Clinton's use of BleachBit avoided 'money trail' in email destruction


Hillary Clinton's decision to use BleachBit to scrub her private email server could have been based on the fact that the free software can be downloaded and used with complete anonymity, the program's developer said.

Andrew Ziem, the creator of BleachBit, pointed to a recent CNN report about his software in which a computer security expert had speculated that Clinton's team would have selected a more expensive, more sophisticated service if it truly sought to conceal records.

"While there may be some merit to that, there is also an argument to be made for hoping that this doesn't leave a money trail," Ziem told the Washington Examiner.

Security was too onerous for the State Dept, but now that she's running for Preznit nothing is too much trouble: CLINTON CAMPAIGN USES ‘SNOWDEN-APPROVED’ ENCRYPTION APP TO DISCUSS TRUMP  But as a game, it's like Calvin Ball, with the rules ever shifting at the whim of the participants.

According to a recent report from Vanity Fair, a person close to the DNC and Clinton campaign states that following the DNC hack staffers were told to use “Signal” when mentioning the Republican nominee.

“In the intervening weeks, staffers were told, according to a person who works with the committee, that if anyone was going to communicate about Donald Trump over e-mail or text message, especially if those missives were even remotely contentious or disparaging, it was imperative that they do so using an application called Signal,” Vanity Fair’s Nick Bilton writes.

Signal, an app for Android and iPhone, is considered by leading security experts, including NSA whistleblower Edward Snowden, to be the gold standard for end-to-end encrypted communications.

The Race Card Cometh. Nope, it's already been played. Pence: Clinton's 'racial attacks' an 'act of desperation' More like an SOP. Kaine once blocked three potential jurors from hearing a case because they were white


Kaine explained later that the move was aimed at securing more black people on the jury, thus increasing his client's odds of winning her housing discrimination suit.

Now all I'm left with is a bunch of miscellaneous stuff: 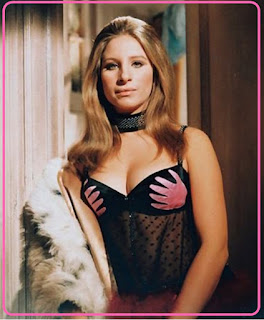 Funny girl Barbra Streisand claims she will relocate to AUSTRALIA if Donald Trump beats Hillary Clinton in US election - OK by me.

A pretty good primer on why Hillary refuses to hold press conferences: If Clinton had a news conference, here’s what she should be asked

Coal Country Is Wary of Hillary Clinton’s Pledge to Help. As well they should be. Expect more of that money to go to hangers on than any real help.

A pretty good set of links from Maggie's Farm:  Poll: Just 29% Of U.S. Voters Think Hillary Clinton Is “Honest”… Does it matter? The Clinton bribery standard, " there may be smoke but there’s no fire..." What? The Clinton Foundation Is Not a Scandal. It’s a Phenomenal, Life-Saving Success. Ethicists scoff at Clinton Foundation transition plan, Clinton's new strategy: I may be a crook, but he is a racist, Hillary’s Race War - Disgusting lies, smears and hate. Hillary's Email Server Was Wiped Clean With Something Called 'BleachBit', Was this done after they were requested?

Wombat-socho has the  "Rule Five Sunday: Labor Day Weekend Edition" and "FMJRA 2.0: Good Time Charlie’s Got The Blues" up and running at The Other McCain.
Posted by Fritz at 9:24 AM