. . . Given that it’s been obvious for a while that Hillary was trying to keep her emails out of the public eye, the question has been what she was trying to hide. The answer, at least in part, appears to be her practice of selling access to her in her official capacity via donations to her “nonprofit” foundation.

Maybe there’s more, and maybe we’ll find out what it is. Although the State Department is saying that it may not manage to make these newly “discovered” emails public before the election, Hilary’s lax email security means that copies are almost certainly in the hands of hackers for foreign intelligence services, including (but probably not limited to) Vladimir Putin’s. . .

From the homeland Arkansas OnLine: A pattern emerges, Clinton Inc., at home and abroad


The Clinton presidential campaign now has announced some new, mainly cosmetic reforms to avoid the obvious impression that it would be prudent for both American and foreign donors to invest in the next president of the United States. And that president, it appears more and more likely, will be Hillary Clinton as her Republican opponent continues to self-destruct. How handy to have all those chits in their hands when it comes time to collect.

But why wait till now to announce these supposed reforms? Weren't they just as much an ongoing conflict of interest when Hillary Rodham Clinton was "only" secretary of state? And why wait to announce that they won't go into effect until just after election day? Which means donors could rush to give the Foundation big money just before November's election, when it would matter most.

Any Republicans hoping the ongoing ethical problems revolving around the Clinton Foundation will somehow turn the tide in the presidential election are likely indulging in excessive optimism. That said, the Clinton camp is making a mistake if its denizens think the firestorm regarding conflicts of interest involving foundation donors at Hillary Clinton’s State Department can be doused by vague promises about the foundation’s future conduct. As the Wall Street Journal noted on Friday, assurances by former President Clinton that the foundation won’t accept corporate or foreign donations if his wife is elected won’t help. Nor will his promise to resign from its board. Or guarantees that Chelsea will stop raising money for it. As the Journal’s editorial correctly points out, if such activities become problematic once Hillary Clinton becomes president, why weren’t they just as inappropriate when she was secretary of state? During those four years, the Clinton family business—a political slush fund thinly disguised as a charity that peddles influence in exchange for supporting the former first family’s lavish lifestyle–was doing big business. And, as Clinton’s emails and the reporting done by liberal newspapers like the New York Times show, we’ve just started to scratch the surface of revelations involving links between those who gave the Clintons big bucks and their influence on U.S. foreign policy.

But even as they plan cosmetic reform they start to back off: Chelsea Clinton Plans to Stay on Board of Family Foundation. So, in the future the bribes will go to the daughter.

I can't tell if this is disgust or admiration from the LA Times: Hillary Clinton is exploring the outer limits of fundraising like no presidential nominee ever has. But mostly the MSM hews strictly to the point of view that the Hillary Scandal is GOP Attack Line, Not Corruption. Examples from today's WaPo: Foundation controversy forces Clinton campaign to play defense and the execrable Ruth Marcus: Not Criminal but Not Wise. and Jennifer Rubin: Why Hillary Clinton’s shadiness won’t be fatal. Clinton’s Bahrain problem has nothing to do with the Clinton Foundation. Vince Foster is dead. But in any race involving the Clintons, his ghost always lingers.

More on Hillary being forced to answer questions under oath in writing about her decision to use a secret, private, unsecured basement/bathroom server for official State Dept business: A good recap at Clinton to be questioned under oath on origins of email server and Ace's: Hillary to Be Questioned in Lawsuit About Who Created Private Server, and Why -- Under Oath.


I'm sure she'll have New Answers that will be Totally Believable.

Harry Reid calls Benghazi victim’s mother ‘crazy’ You have to be a little crazy to go up against the ruling class like that.


So the claims about Hillary Clinton’s health are “debunked,” as CNN put it, only by virtue of that letter from her physician. But when Trump released a similar letter, his received an immense and unprecedented amount of scrutiny.
The scrutiny of Dr. Harold Bornstein‘s clean bill of health focused on two big issues:


Flashback: When The Media Embraced McCain ’08 Health Conspiracies and the WaPo's Is Rudy Giuliani okay?

Althouse is all over Hillary supporter Cher whatshername: Shy crushed pulled-in Hillary, working for you every moment of every day and why don't see how fun and warm she really is?


So she's tougher than Chinese algebra, but she got so crushed when the GOP opposed her health care plan. Which is it? Maybe she's tough in private, after she kind of pulls in. She's so shy and kind of kept that with her. Kept what with her? That crushed, pulled in feeling that she got when Congress didn't go along with that plan she worked so hard on?


. . . The feminine pronouns are confusing. Don't forget we're talking about Trump, not Hillary. Patty McCormick in "The Bad Seed" is female and Trump is like her. To remind us this is about Trump, she blurts out a death wish:


"I just wish he’d fall off the face of the earth." 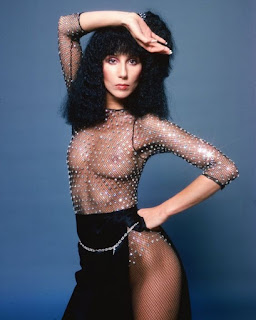 
"I know that if he got into office, our world would be the worst place. I don’t think we could imagine how bad it could get. If breaking news ever happened and he had to go to the podium, we would just all go... fuck."

Big laugh. The irony of rough speech to denounce a man who's mostly denounced for his rough speech is beyond the realm of the Cher comfort zone.

She's not alone among democrats.


More on Huma Abedin magazine matter: Jews are 'adept at working the American political system' aided by 'the memory of the Holocaust' - extraordinary claim made by journal where Huma Abedin was assistant editor but Glenn Kessler, the WaPo "fact checker", is having none of it, giving the story four Pinocchios in Does Huma Abedin have ‘ties’ to the Muslim Brotherhood? Remember the rule. Deduct two Pinocchios if the story harms Republicans, and add two if it harms Democrats.

From Wombat-socho's In The Mailbox: 08.24.16, Leo DiCaprio’s Dirty Dollars, #Crooked Hillary’s Inescapable Cloud Of Corruption, The Only Question left For Hillary – What Else Are You Hiding?, Annals Of Clinton Corruption,