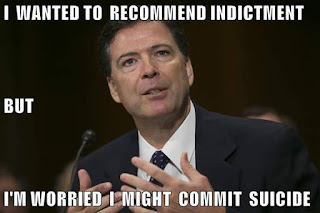 Now, I know what you’re thinking. Why bother? Even if they turn up anything the DoJ will just toss it into the trash anyway, the same as they did with Huma Abedin’s embezzlement charges, right? Nobody could blame you for thinking that, but in this case you just may turn out to be wrong. The reason for that is the name of the individual who kicked this thing off in the Empire State in the first place: Preet Bharara.

If you’re not familiar with Preetinder Singh “Preet” Bharara – the US Attorney for the Southern District of New York, centered on New York City and surrounding counties – then you haven’t been following our ongoing coverage of his prosecution of numerous New York elected officials over the past few years. The man is absolutely fearless when it comes to persons of political power and maintains a reputation for the apolitical pursuit of justice generally only applied to the movie version of Eliot Ness. He’s knee deep into multiple investigations of corruption byNew York City Mayor Bill de Blasio while simultaneously digging through the offices ofGovernor Andrew Cuomo himself, as well as the entire executive branch of state government.

He produces results, too. He’s already taken down the Republican state senate Majority Leaderand the Democratic Speaker of the Assembly, a guy who was considered the most powerful man in state government for decades. And those weren’t slaps on the wrist or simply embarrassing revelations. Both of them got serious jail time. Sources I’ve spoken to in New York law enforcement have described Bharara as The Terminator. When he gets his teeth into something he simply does not stop – ever – and he’s impervious to threats from those in positions of power.

It would probably be too obvious if he "fell in the bathroom" and died. Which Is Worse—an October Surprise or a December Surprise? The sooner the better.

Feds debate releasing Clinton's FBI interview. Who has more to hide, Hillary for her evasive answers, or the FBI for softball questions? The State Dept., of course, is trying to prevent the release.


It’s probably also causing a lot of consternation inside the Clinton campaign. It all depends on what is in those reports. Clinton has claimed repeatedly that she told the FBI exactly what she has told the American people. Is that true or will the FBI agents’ notes (no video or audio recording was made) show Clinton gave a different account to the feds? Obviously, if she did give a different account, it’s the sort of thing Republicans in Congress would be eager to highlight before the election. Clinton’s legal troubled involving the email server are over but her political troubles could still get worse.

Clinton Foundation scandals will haunt Hillary if she becomes prez. Well, I'm certainly hoping it doesn't come to that, but they should. For his part, Bill just thinks we're too stupid to understand: Email Classification Issues Are ‘Too Complicated To Explain To People’  and accused Comey of coming up with "A Load of Bull" Especially that secret "When it's a Clinton" clause.  Bill Clinton’s pay at for-profit education company topped $17.5 million. That's going to take a lot of student loans to pay for.

That DNC email leak that started the latest round of revelations? The Intel community informed congressional leaders about Russia’s hack of Democrats a year ago, and the DNC didn't fix the problems because the Congressional leaders were sworn to secrecy. That's novel.


This story raises all sort of questions that we are not likely to get answered any time soon. First off, how could the NSA/FBI know about attacks on the DNC (and know where the attacks were coming from) so quickly? The Reuters story suggests the answer to that question is very highly classified since the FBI was willing to allow the hack to continue rather than risk revealing that the U.S. was aware of it.

The other question that comes to mind: What changed? If the fact that the U.S. was aware of this a year ago was very sensitive then, isn’t it just a sensitive now? If the point was to not let Russia know about our ability to detect cyber intrusion, hasn’t this leak just blown that?

I guess the upside here is that the Russian hackers must not be feeling so cocky right now. They thought they were getting away with something but it turns out our intelligence agencies were quietly watching them the whole time.

And it's getting worse:  Hacker Reveals Personal Information for Almost 200 Democrats Anybody want to call Nancy Pelosi for a date? No, I didn't think so. New finding from emails: Dem Official Referred To Hillary As Nominee Before Primaries Even Started.

Hillary plans how to spend Trump's money after his death. I'm pretty sure Ivanka and the rest have better uses for it. But I wouldn't mind seeing all the money tied up by the Clinton Foundations being appropriated.

ANALYSIS: TRUE --- Yes, Obama and Hillary Co-Founded ISIS. No, they don't have memberships cards. At least they're that clever. Barely. Liz Cheney: We Must Unify Behind Trump

A physician makes the case that Hillary Clinton Has Parkinson’s Disease. Also criminal behavior, and seriously bad policy designs, but that's not a physicians job to judge, at least professionally.
Posted by Fritz at 5:39 PM