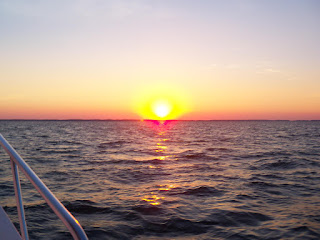 We had Trevor's "August" trip on the Bay today with Walleye Pete. There were six of us, Trevor, Tom, Major Ski (at least, I think he's still a major), Kenny, Scott (Kenny's dad the babe magnet) and myself, due to a slight miscommunication between myself and Trevor.

Sunrise over the Eastern Shore. 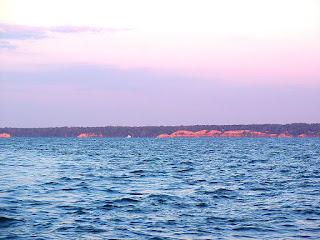 The plan for today was to cruise the channel edge of the eastern shore looking for birds with breaking fish under them, hopefully Striped Bass, Bluefish, Spanish Mackerel and maybe even Red Drum.  We found a few stripers and blues early as we cruised up as far as the mouth of the Little Choptank River. 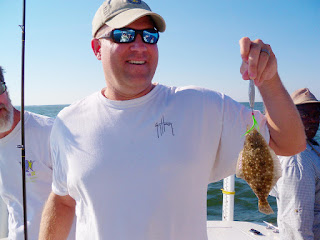 After a long fish drought in late morning we found ourselves well south of the Patuxent, and finally started getting more action, under scattered birds and around big structures. We eventually managed a limit of legal (20+ inch) stripers, and enough blues to feed the smokers, as well as a few oddities, like the baby Summer Flounder Major Ski jigged up. . . 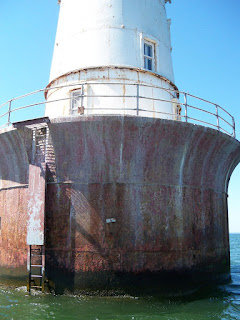 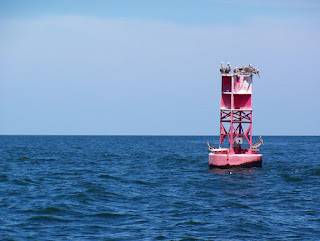 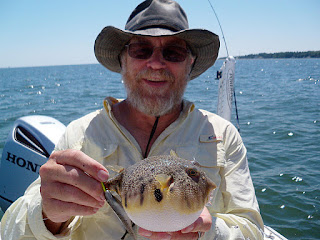 This Northern Puffer that I foul hooked. 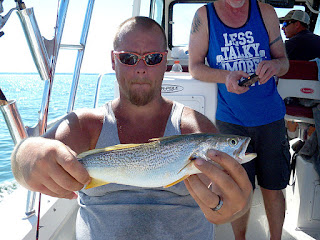 And this legal Weakfish (a sea trout) that Kenny caught. Trevor actually caught 2 more, just under the legal size of 14 inches. Good to see them. It's been a few years since they were numerous. 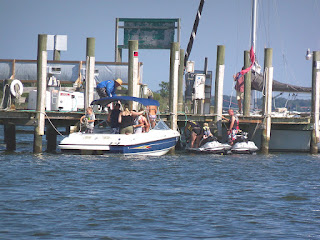 We wandered back into Solomons about 3:30. A busy weekend day at the fuel dock
Posted by Fritz at 6:57 PM