Only Mad Dogs and Englishmen . . . 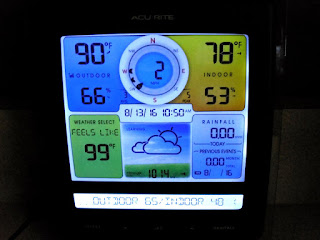 A few days ago, the indoor/outdoor thermometer on the back porch gave up for good and no amount of changing batteries or banging on it would restore the outside temperature reading, so I got on the Amazon widget on the sidebar and ordered a new fancy AcuRite 01512 Pro Color Weather Station with Rain, Wind, Temperature, Humidity and Weather Ticker. It came yesterday, and I set it up, except for calibrating the rainfall meter, which is irrelevant, since rain is not pending any time soon. 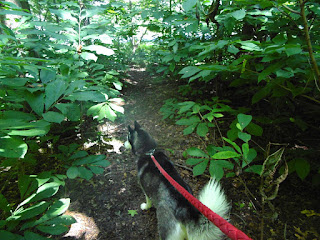 We're in the middle of a heat wave here, with day time temps reaching the low to mid 90s, and humidity at "stupid" levels. Nevertheless, Skye insisted on a walk about 1:30, and I dutifully hooked her up and headed through the back lot and down the streets to the beach. Mad dogs, Englishmen and Husky owners, apparently. 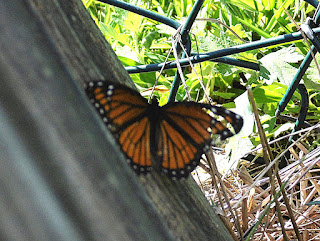 
Upperside is orange and black, resembling the Monarch (Danaus plexippus), except the Viceroy has a black line across the hindwing and a single row of white dots in the black marginal band.

A bad picture; the camera wanted to focus on the fence in the background. 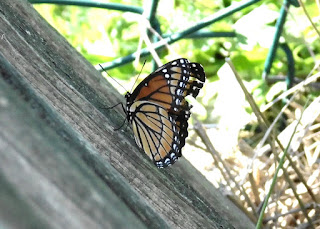 The Viceroy is a Mullerian mimic of the Monarch, and it is also distasteful.

I've probably seen them before without knowing the difference. 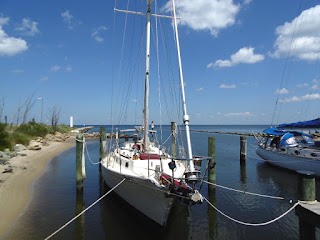 The beach was hot. When possible we tried to walk in the shade, but it's not possible to stay in the shade long there in early afternoon. 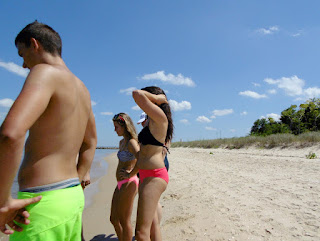 A crowd of people around a Cow-nose Ray that some one had cut the tail and stinger off of, and stabbed, but failed to kill and was still flopping around in the surf. Where is a good Bull Shark when you need it to clean up? 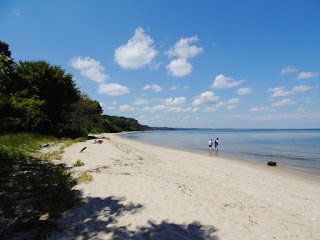 We only made it part way down the beach before Skye and I agreed to give it up and come home. 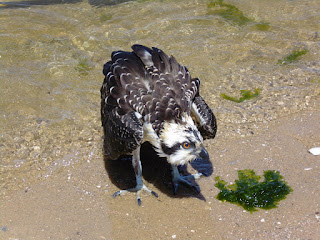 On the way back, the same crowd was standing around an Osprey, apparently in distress, standing huddled at the edge of the surf. 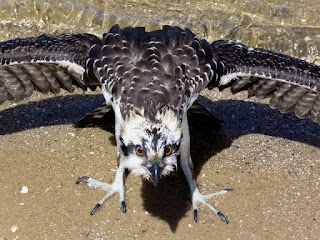 Hot? Injured? I couldn't see anything obvious, it could spread it's wings, but it clearly did not want to, or could not fly away, even when faced by a big wolf like dog with predatory intent. I may go check later and see if its still there later, and call some animal rescue group. The saddet thing is that it probably has a nest and chicks somewhere close by. Hopefully, it will get it's act together and fly off. 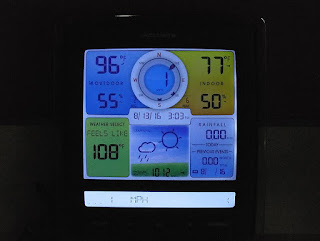 By staying in the shade as much as possible, getting Skye a drink, and a little spray off at the harbor, we managed to get home more or less OK.

So this is what the temperature read when we got back. . .

UPDATE: I went back this evening, and the Osprey was gone. I hope that means it flew off on its own.
Posted by Fritz at 4:12 PM