Yes, Your Dog Knows What You're Saying 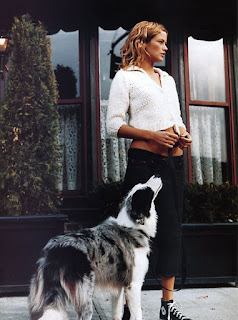 At least sometimes. Dogs know what you're saying, study suggests

Researchers in Hungary scanned the brains of dogs as they were listening to their trainer speaking to determine which parts of the brain they were using.

They found that dogs processed words with the left hemisphere and used the right hemisphere to process pitch — just like people.

What’s more, the dogs only registered that they were being praised if the words and pitch were positive. Meaningless words spoken in an encouraging voice, or meaningful words in a neutral tone, didn’t have the same effect.

“Dog brains care about both what we say and how we say it,” said lead researcher Attila Andics, a neuroscientist at Eotvos Lorand University in Budapest, said in an email. “Praise can work as a reward only if both word meaning and intonation match.” 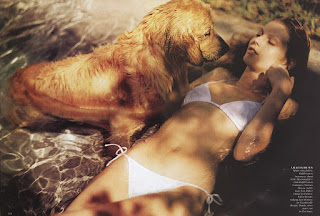 I know our first dog, Sybil, half husky and half shepherd, knew several words, of which "squirrel" was the most prominent. Both Skyes have been less obviously verbally receptive, clearly responding to body cues and emotions, but not so much to actual words.

The dogs— six border collies, five golden retrievers, a German shepherd and a Chinese crested — were trained to lie motionless in the scanner for seven minutes during the tests. The dogs were awake and unrestrained as they listened to their trainer’s voice through headphones. 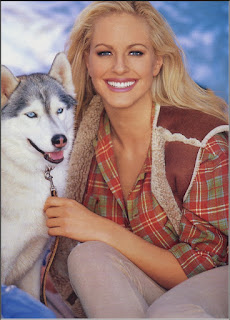 
“The most difficult aspect of this training is for dogs to understand that being motionless means really motionless,” said Andics, who published the findings in the journal Science.

Well, that explains why they didn't use any Siberians. The idea of being motionless when not asleep is foreign.

Wombat-socho has the  "Rule Five Sunday: Labor Day Weekend Edition" up and running at The Other McCain.
Posted by Fritz at 8:05 PM