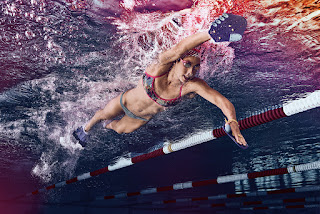 Last night, some big ape named Mark Spitz Michael Phelps added to his collection of medals. However, more interesting was Madeline "Maya" Dirado, who won silver and bronze in the women's 400 m individual medley and the 200 meter individual medley respectively. The 23 year old American is a Stanford edumacated swimmer from the San Francisco Bay area. 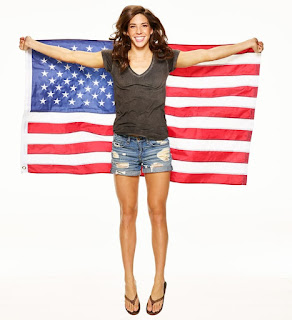 
. . .  she's super smart. Proof: She got a perfect math score on the SATs. Oh, and since she skipped second grade because she was so advanced, she was only 15 when she got it.

So why isn't she working on string theory instead of swimming?

In other Rio news, the girls of the US gymnastics team jumped, spun, balanced, flipped, flopped and stuck their way to the team gold medal.

These girls just aren't human, and I mean that in the best possible way. Granting that there maybe, somewhere in the world, another hundred or so girls with the native physique, the nervous system with the balance and reaction times, and the ability to learn to do what they do had they ever gotten the chance, they still represent not the 1% but the 0.000,000,1% of womankind. This is true of all the Olympic winners to some degree, but I think is especially true of the gymnasts. 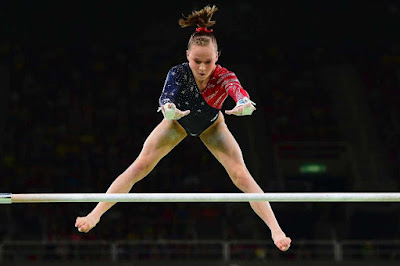