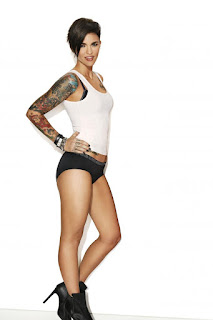 
In case you don’t know, The CW is a cable network, jointly owned by CBS and Warner Brothers, that has a demonstrable pattern of putting homosexual characters into all its shows. Like, there was a lesbian character named Lexa on The CW’s show The 100 who had a romance with another of the female characters, spawning about a zillion GIF-filled posts on the Tumblr fandom for this obscure show, which never ranked above 150 in Nielsen ratings. Micro-targeting niche audiences is now a cable trend. Like, in a nation of 325 million people, a TV audience of 1.5 million isn’t even half of 1% of the population, yet The 100 was recently renewed for its sixth season. Meanwhile, The CW keeps putting gay characters into shows like Supergirl (two lesbian police detectives, plus Lena Luthor, who obviously has the hots for Kara) and now, they’ve announced, Australian lesbian actress/model Ruby Rose will be cast as the title character in Batwoman. You’d think the Left would be happy, but there’s no pleasing the Internet mobs of Social Justice Warriors: 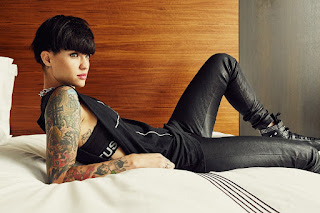 Ruby Rose has quit Twitter after a backlash over her casting as lesbian superhero Batwoman in The CW’s Arrowverse.
Rose’s casting is set to make her the first LGBTQ lead in a live-action superhero series. Two days after the announcement, the Australian actress deleted her Twitter account and limited comments on her Instagram account to only people she knew after some fans took to social media to express their anger . . .
Rose is the latest star to be hounded off social media after a fan backlash. Stranger Things star Millie Bobby Brown, Star Wars actresses Kelly Marie Tran and Daisy Ridley have all deleted their social media accounts following harassment, threats and relentless negativity. 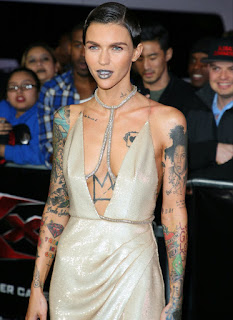 
Ace of Spades nails it here:


SJWs’ entire sense of self-worth and “accomplishment” depends on being aggrieved by literally anything. So attempting to appease them is useless; they must have something to bitch and whine about.
Apparently among the grievances is that Ruby Rose, though identifying as a lesbian since age 12 (which is another matter I won’t bother with), also says she’s “gender-fluid,” which means she’s not a perfectly lesbian lesbian therefore cannot play a lesbian.
Also, “straight girls” like her, and she’s “well-known,” so she can’t play a lesbian.
Also she’s “hot,” so that takes this particular lesbian out of contention to play a lesbian.

You can't make them happy, so don't even try. Their whole reason for being is to be aggrieved. Accommodate that instead.

As for too hot to play a lesbian? First, there can be no such thing. You have your fantasies and I have mine. Second, contrary to cliche, there is such a thing as too thin, and I would put her personally fairly far down on the canonical lesbian hotness scale, with Rosy O'Donnell as a 0 and Angelina Jolie as 100; perhaps a 20 at best. I don't find this set of tats particularly attractive.

Wombat-socho brings us "Rule Five Sunday: Barbi Benton" and "FMJRA 2.0: Talk Dirty To Me" on time and within budget. 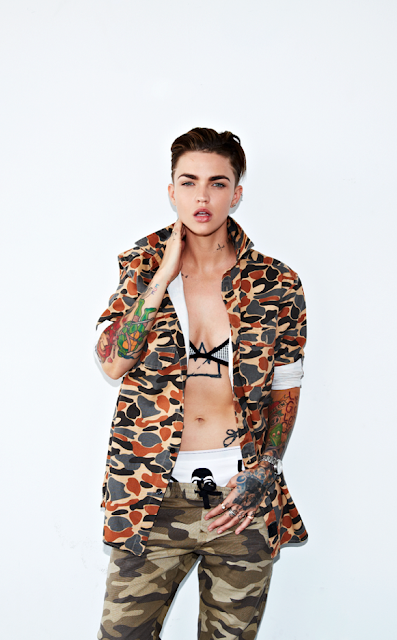 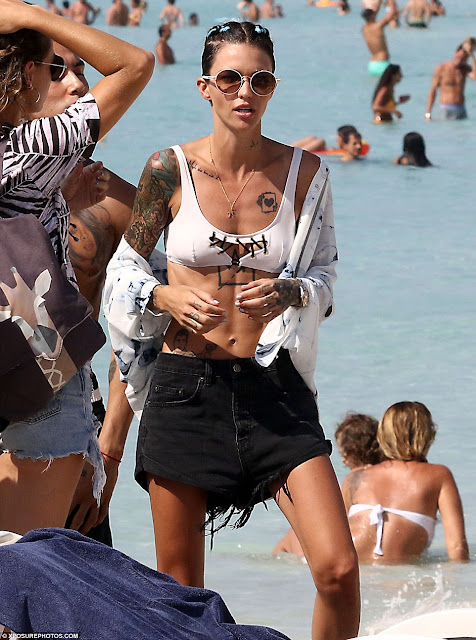 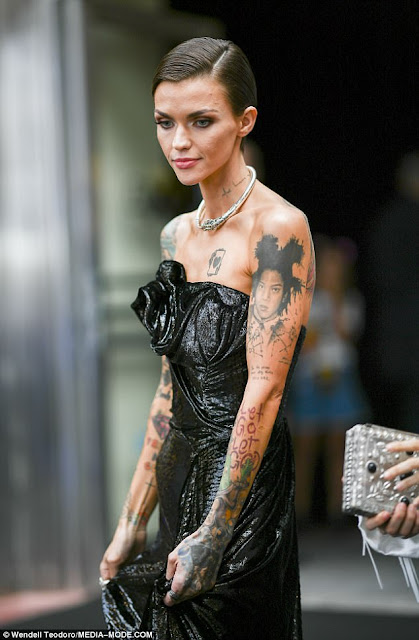 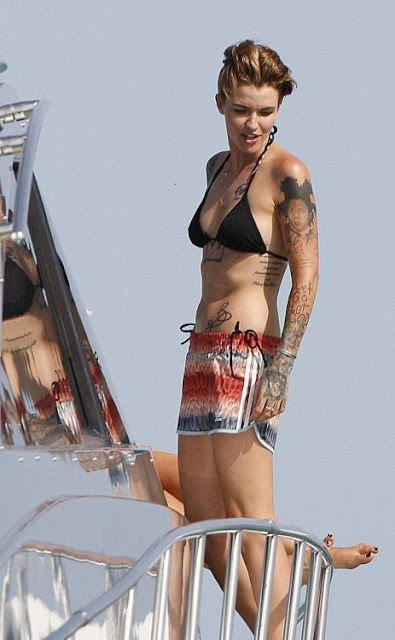 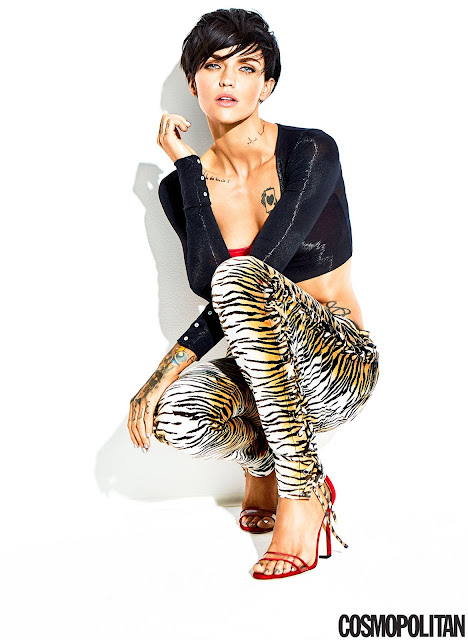 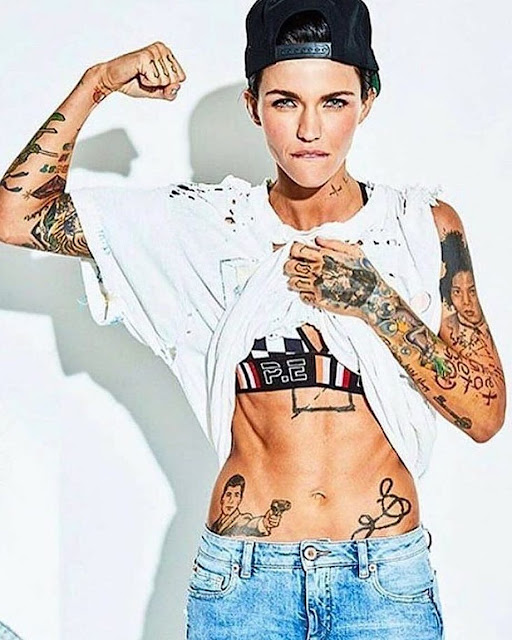 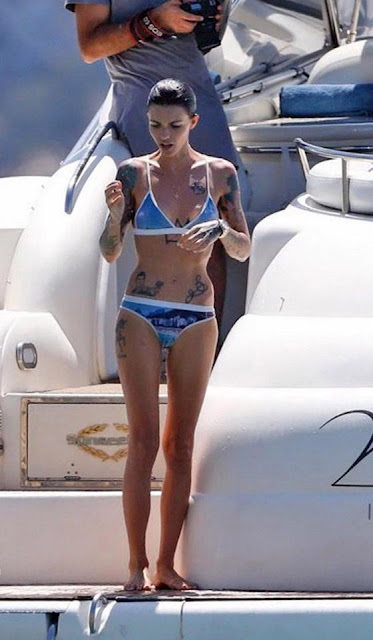 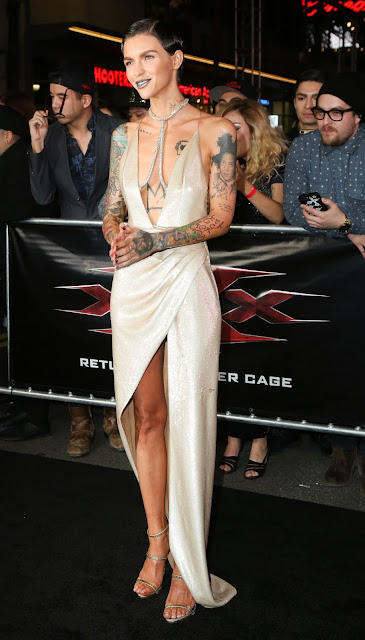 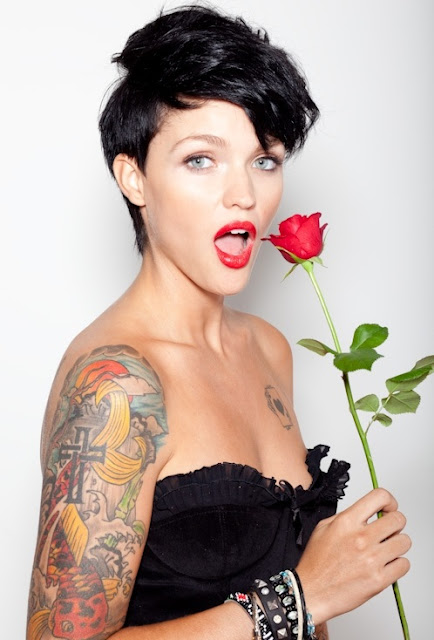 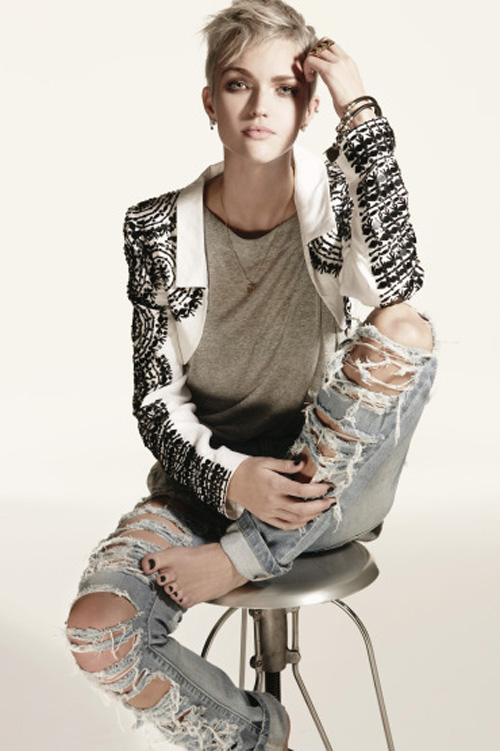 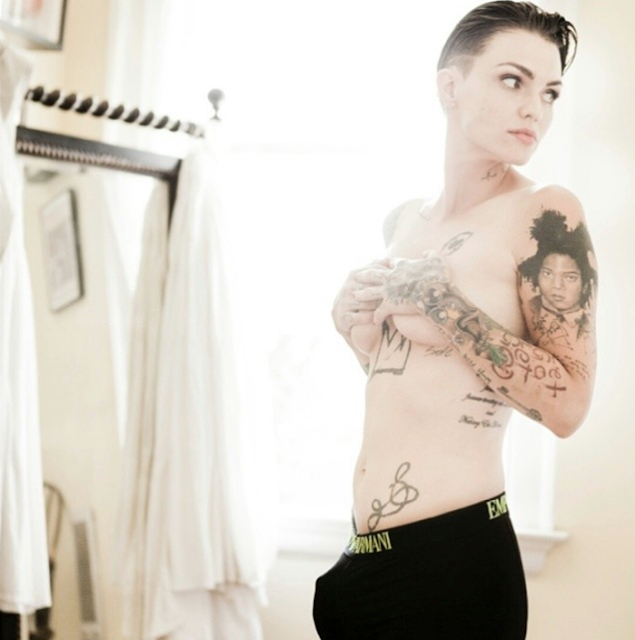 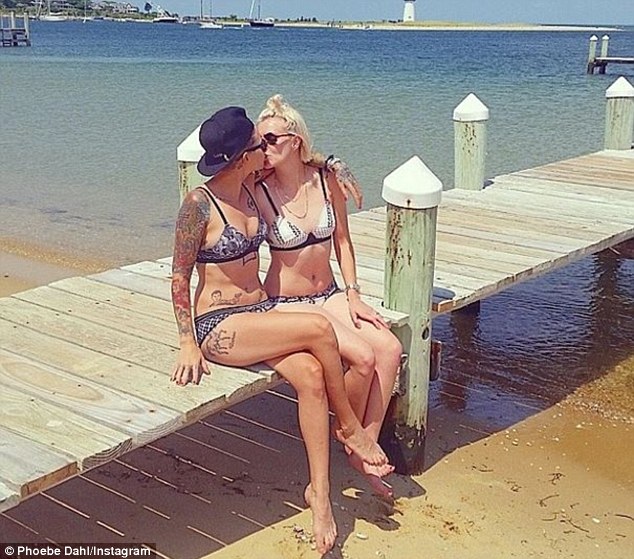 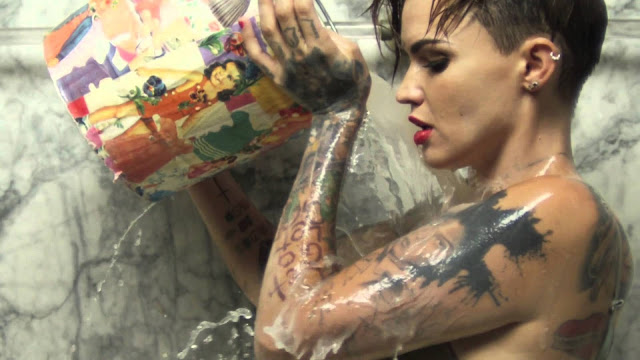 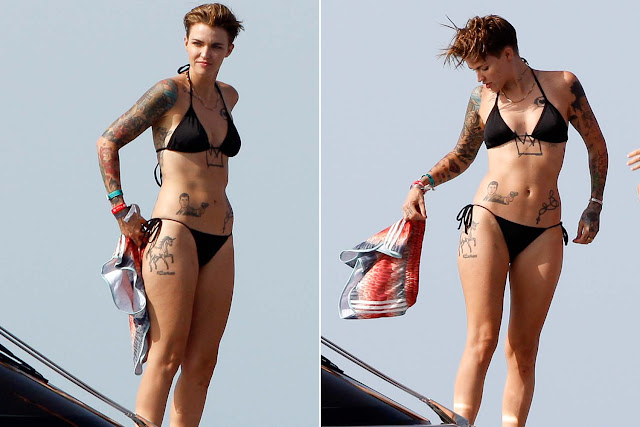 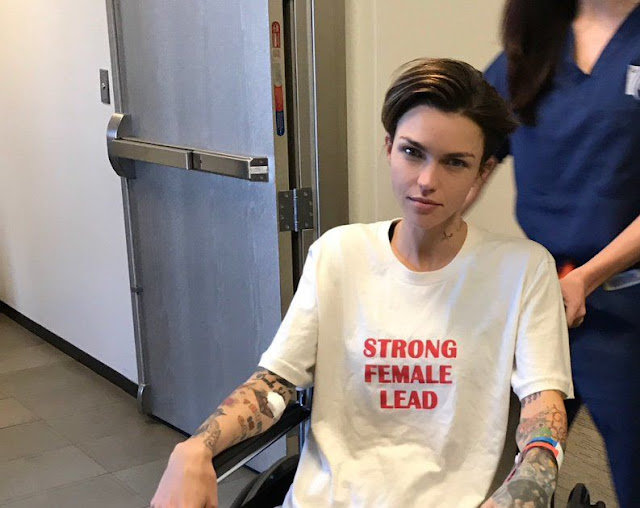 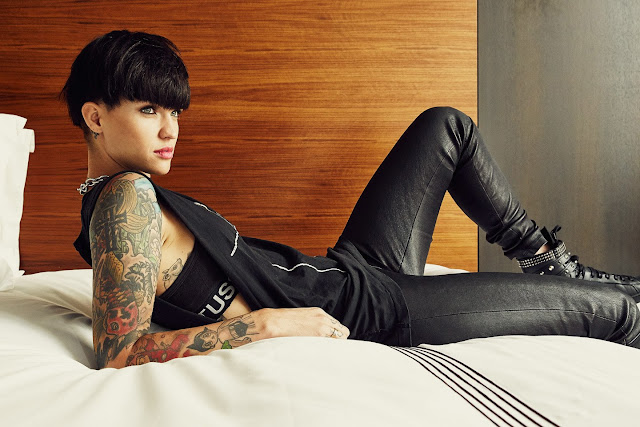