Rose McGowan facing backlash for urging 'be gentle' with Argento

Rose McGowan has been one of the most ferocious critics of those accused of sexual assault. But with her friend and fellow Harvey Weinstein accuser Asia Argento now one of the accused, McGowan has asked people to be kinder and she's being criticized for it.

Argento was among the first women to accuse now disgraced movie mogul Weinstein of sexual misconduct -- and like McGowan -- has been a leading figure in the #MeToo movement.

"I got to know Asia Argento ten months ago," McGowan wrote. "Our commonality is the shared pain of being assaulted by Harvey Weinstein. My heart is broken. I will continue my work on behalf of victims everywhere."

IIRC, Asia wasn't really so much assaulted by Weinstein as that she participated in a police sting against him, and got her boobs honked for her trouble.


But as Monday moved along, angry social media followers began to take aim at Argento.

McGowan would later appear to ask those following her to show compassion for Argento.  "None of us know the truth of the situation and I'm sure more will be revealed," she tweeted. "Be gentle." Given her powerful and frequent comments condemning alleged sexual abusers, many have slammed McGowan for her support of Argento.

"Oh look, Rose McGowan is a hypocrite too *pretends to be shocked* Just imagine if it was a guy in place of Asia," one person tweeted. "Imagine how he'd be crucified by the #MeToo movement; but because it's a woman, we need to wait and "be gentle.""

"Be gentle, why? Because she's a woman and your friend? Your comments are a major slap in the face to everything the #MeToo movement represents," wrote actor Harry Cook in a tweet. "Double standards beyond belief." 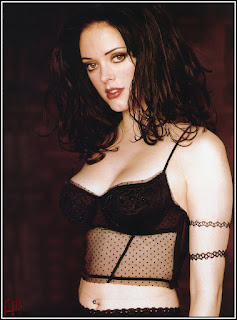 And so she yielded to the crowd:  Rose McGowan To Asia Argento: You Need To Come Clean About What You Did To That Kid Or Else You’re Following In Weinstein’s Footsteps


She’s straightened out now. Turns out that her partner, a model named Rain Dove, is the person with whom Argento was texting about Bennett last week. Forced to choose between #MeToo and her pal Asia, McGowan chooses #MeToo — based in part on things that were allegedly said in that text conversation that haven’t been released yet. You can read her full statement by clicking the image panels in this tweet but here’s the key bit: 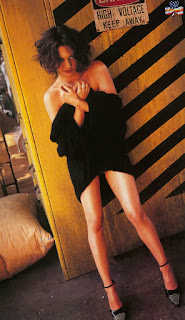 In the meantime, even the Italians are getting tired of Asia's schtick: Asia Argento reportedly fired as a judge on 'X Factor Italy'


Asia Argento has reportedly been let go from her job as a judge on “X Factor Italy” following allegations that she sexually abused a teen actor who appeared in a movie with her.

According to The Hollywood Reporter, Argento will specifically not appear on the upcoming live portion of the competition, which will begin with a new host on Oct. 25. She will, however, appear in the first seven episodes of the season, which were filmed prior to allegations about her alleged encounter with actor Jimmy Bennett when he was 17 and she was 37. Those episodes will begin airing on Sept. 6.

The outlet notes that Sky Italia, which produces the show, does not want to penalize the 40,000 people who auditioned for Argento for the final 12 spots by redoing that process. Instead, she’ll be replaced for the later episodes that air live. In an ironic twist, Varietyreports that Argento’s ex-husband, Italian pop singer Morgan, is her likely replacement.

Me? I'm just enjoying the blue on blue action.

Wombat-socho has Rule 5 Tuesday: Happy Birthday, Mitzi! up and awaiting your approval.
Posted by Fritz at 6:00 AM