They Called Her Half Breed 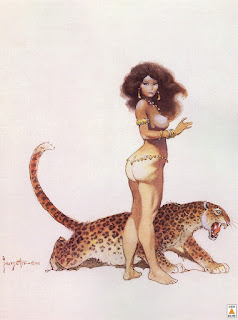 
A 50,000-year-old bone fragment discovered in a Russian cave represents the first-known remains of a child that had a Neanderthal mother and a Denisovan father, according to a new study. The study was published Wednesday in the journal Nature.

Neanderthals and Denisovans, the closest extinct relatives of modern human, are hominins that separated from each other more than 390,000 years ago. But separation doesn’t mean they didn’t encounter each other.

“We knew from previous studies that Neandertals and Denisovans must have occasionally had children together,” Viviane Slon, study author and researcher at the Max Planck Institute for Evolutionary Anthropology, said in a statement. “But I never thought we would be so lucky as to find an actual offspring of the two groups.”

The long bone, which belonged to a 13-year-old female, was discovered in 2012 in Denisova Cave. The cave, in Siberia’s Altai Mountains, is where other Denisovan and Neanderthal bones have been recovered. 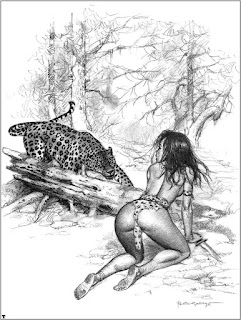 It's remarkable that they actually found a first generation hybrid so early, since there are so few Denisovan fossils.


Researchers were able to sequence the genome of Denisova 11, who died more than 50,000 years ago. Then, they discovered that she was a first-generation Neanderthal-Denisovan offspring, with equal contributions from both.

“An interesting aspect of this genome is that it allows us to learn things about two populations — the Neandertals from the mother’s side, and the Denisovans from the father’s side,” study co-author Fabrizio Mafessoni of the Max Planck Institute for Evolutionary Anthropology said in a statement.

Denisovans pose particular questions for scientists because researchers have only a few bones that even point to their existence: a finger bone, a toe bone and a couple of teeth. Fossilized DNA sequenced from those bones, recovered in Siberia, has allowed us to learn more about them. But we still don’t know what these extinct hominins looked like.

Until they can come up with some fossils to prove otherwise, I will assume Denisovans were hot. They sure got around. Everybody seemed to want to breed to them. Did they hybridize themselves out of existence?  I wonder if the half breed children faced discrimination?

Oh look, it's an Armenian on a horse, pretending to be half Indian.

Wombat-socho is going Asian too with "Rule 5 Sunday: Mariya Takeuchi".
Posted by Fritz at 7:35 PM