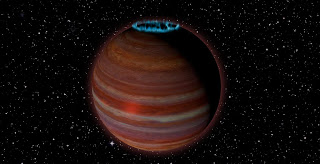 But Is it a star or a planet? We're not really sure. It's a weird universe out there: Bizarre Rogue 'Planet' with Incredible Auroras Puzzles Scientists


A rogue, planet-size object 20 light-years away from Earth has stunned astronomers with its incredibly powerful magnetic field.

"This particular object is exciting because studying its magnetic dynamo mechanisms can give us new insights on how the same type of mechanisms can operate in extrasolar planets — planets beyond our solar system," lead study author Melodie Kao, an astrophysicist at Arizona State University, said in a statement from the National Radio Astronomy Observatory published Aug. 2.

On earth, auroras are the result of the interaction of the solar wind with earth's magnetic field and upper atmosphere. But in interstellar space? Galactic wind?


The object is what scientists call a brown dwarf. Nicknamed "failed stars," brown dwarfs are larger than planets, but not quite large enough to fuse hydrogen, the way stars do. The boundary line is still debated, but scientists tend to draw it at about 13 times the mass of Jupiter.

Originally, scientists thought SIMP J01365663+0933473 was a gigantic, old brown dwarf. But further study showed that it is instead relatively young, at 200 million years old, and is only 12.7 times the mass of Jupiter. That research also showed that the planet is on its own, not orbiting a star.

"This object is right at the boundary between a planet and a brown dwarf, or 'failed star,' and is giving us some surprises that can potentially help us understand magnetic processes on both stars and planets," Kao said in the statement. "We think these mechanisms can work not only in brown dwarfs, but also in both gas giant and terrestrial planets." 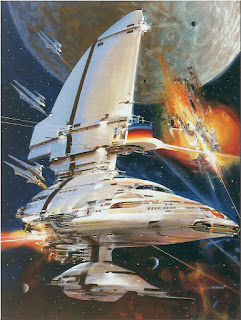 But that's not the only strange thing found recently: Astronomers Have Detected an Intense And Mysteriously Low Frequency Radio Signal Coming From Space


According to a report in The Astronomer's Telegram, on the morning of 25 July 2018, an array of radio telescopes in British Columbia, Canada, detected a very strange FRB.

The fast radio burst has been named FRB 180725A after the year, month, and day it was detected.

The most interesting part is that the intense signal was transmitted in radio frequencies as low as 580 megahertz - making it the first detection of a FRB under 700 MHz.

The Astronomer's Telegram is a bulletin board of observations posted by accredited researchers - so while these are genuine detections, it's important to note that they haven't been peer reviewed as yet and independent teams haven't verified that the signals are from space.

That sounds like a silly thing to say, but let's not forget that back in 1998, researchers thought they had discovered a new type of radio signal coming from space, only to figure out 17 years later that it was coming from a microwave oven in their research facility. Or even the very recent rediscovery of Mars.
. . .
So what do scientists think these weird signals could be?

The most recent research on the repeating FRB suggests the source is a neutron star, but other hypotheses for FRBs include black holes, pulsars with companion stars, imploding pulsars, a type of star called a blitzar, a connection with gamma-ray bursts (which we now know can be caused by colliding neutron stars), and magnetars emitting giant flares.

It's also increasingly likely that there's more than one explanation for the explosive events.

We should add that it's also not impossible that FRBs could be engines firing on giant alien spaceships, either, according to a Harvard physicist.