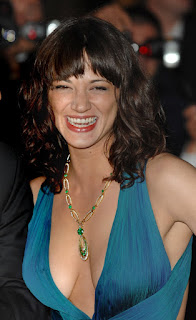 I just can't get away from her: Asia Argento 'sent unwanted topless video to recovering sex addict she knew had a girlfriend' and then 'freaked out' when he got upset, saying she did this 'with all her friends'

A British comedian who had a friendship with Asia Argento claims the actress sent him at least one unsolicited topless video.

Jeff Leach was appearing on the Legion of Skanks podcast when he shared this story during a discussion about the arrest of Harvey Weinstein just days prior on charges of rape and assault.

'That girl sent me pictures of her t*****s on Snapchat when I was with my girlfriend,' said Leach back in June. 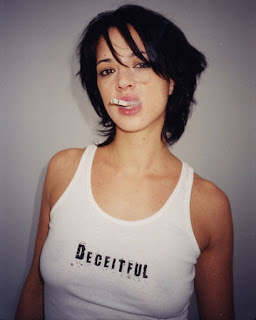 'She knew I was with my girlfriend and we were friends and she sends me this video with her t*** out, like: "Hey Jeff." And I just replied: "You cant send me that s***.'

Leach said Argento was aware that he had a girlfriend at the time, while the actress was recently divorced from the father of her son, Michele Civetta.

He also said she 'flipped out' when he chided her for sending the video, at a time when he had been trying to gain control over a sex addiction he once told the BBC led him to sleep with over 300 women by the age of 27. 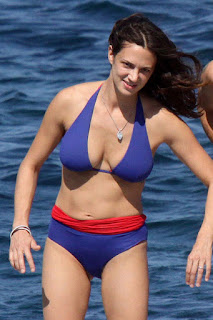 But Stacy isn't buying a 17 year old boy being so traumatized by sex with an older woman that he deserves $380,000: Hollywood Boy Toy Shakedown Racket


Look, I’m only going to say this once, so pay attention: No sane person believes that a 17-year-old boy is so traumatized by having sex with a 37-year-old woman that he deserves $380,000 in hush money. 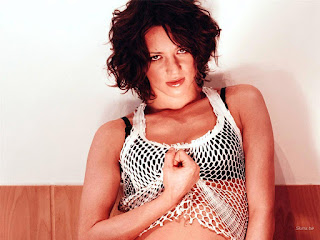 The age of consent in California has been 18 since 1913. Some media sources reported that the age of consent in California in the 1970s was 14 or 16 but in fact it was and has been 18.
In the 1990s Governor of California Pete Wilson stated that there was a trend of men in their mid-to-late 20s having sex with and impregnating teenage girls around 14 years of age and that the statutory rape laws needed to be enforced to prevent this.
In 2012 Kristin Olsen, a Republican member of the State Assembly of California, sponsored a bill that criminalizes sexual relations between K-12 teachers and students, including students over 18, as well as sexual text messages and other communications aimed at seducing a student. The bill was proposed after a 41-year-old teacher and 18-year-old high school student publicly announced that they were in a relationship. The bill was killed in committee by Democratic lawmakers concerned about the constitutionality of the proposed legislation. 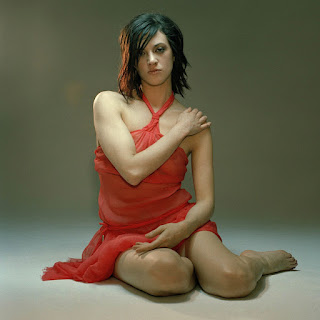 So says Wikipedia, at any rate, and the fact that teachers unions are a powerful influence in the Democrat Party probably explains why the Olsen bill never made it out of committee. But I digress . . .

A lot of people are high-fiving each other because Asia Argento was one of Harvey Weinstein’s accusers. OK, fine, she’s a kinky freak and a hypocrite, and the fact that Bennett once played Argento’s son in a movie makes it a little extra creepy, but still: $380,000? . . .

Yeah, I have my doubts too. No doubts about what I would have done as a 17 year old boy, though.

Wombat-socho is going Asian too with "Rule 5 Sunday: Mariya Takeuchi" and "FMJRA 2.0: Day Late & A Dollar Short".
Posted by Fritz at 8:11 PM